IT was August, 1981 and the great horse Kingston Town was at unbackable odds to win the 1200m Premiere Stakes.

The King, first-up since winning the Cox Plate the previous year, was expected to make a romp of it for legendary trainer Tommy Smith.

Big-betting bookie Bruce Picone was fielding “the board” at Moree, and betting on the Rosehill feature was lacklustre.

Punters couldn’t afford the short odds about Kingston Town and absolutely no-one was willing to back a horse to beat the champ.

About five minutes before the jump a little old lady clutching a small, well-worn purse made her way through the betting ring ruck.

“Can I help you, madam,” Bruce asked.

“Mr Picone, could I please have fifty cents each-way on Kingston Town,” she politely queried.

Bruce looked down from his stand and smiled warmly.

“I’m very sorry madam, but I can’t take that sort of bet.”

“I understand, Mr Picone . . . how about you take half and I’ll get the rest on somewhere else.”

This is just one of the many stories that squarely places a member of the famous Picone bookmaking family as a central character, and with the passing of Bruce last year they are stories and anecdotes that are now part of bush-racing folklore.

Bruce’s death at the age of 83 closed an important chapter of the Australian turf – a chapter that stretches more than half a century and countless pages.

He was revered in betting rings across the eastern seaboard, particularly at tracks on the NSW north and north-west circuit, where his gentle manner and softly-spoken but ever-so-sharp wit was a magnet for punters.

He never shied away from some of Australia’s biggest gamblers and was consistently the largest “hold” at the rich Grafton Cup Carnival during the 1970s and 1980s.

Away from racing, Bruce established a vast farming and cattle empire in northern NSW and southern Queensland, but it was a day at the track with a stumpy black crayon in one hand and a wad of blank betting tickets in the other that he cherished most.

“There is something about the racing crowd; you enjoy it wherever you go,” he said on the eve of the 2004 Moree Cup meeting.

“I’ve often been asked by people why I haven’t retired but I tell them that this is as good as retirement. It’s the one thing that I will always do – I love the racing and I love the people.”

Bruce, who often advised punters that he only gave “overs” to policemen and priests, was the last surviving member of bookmaking’s Big Four, a familial betting behemoth that changed the face of bush racing – and betting – when founded by patriarch Jack Picone in the late 1940s. 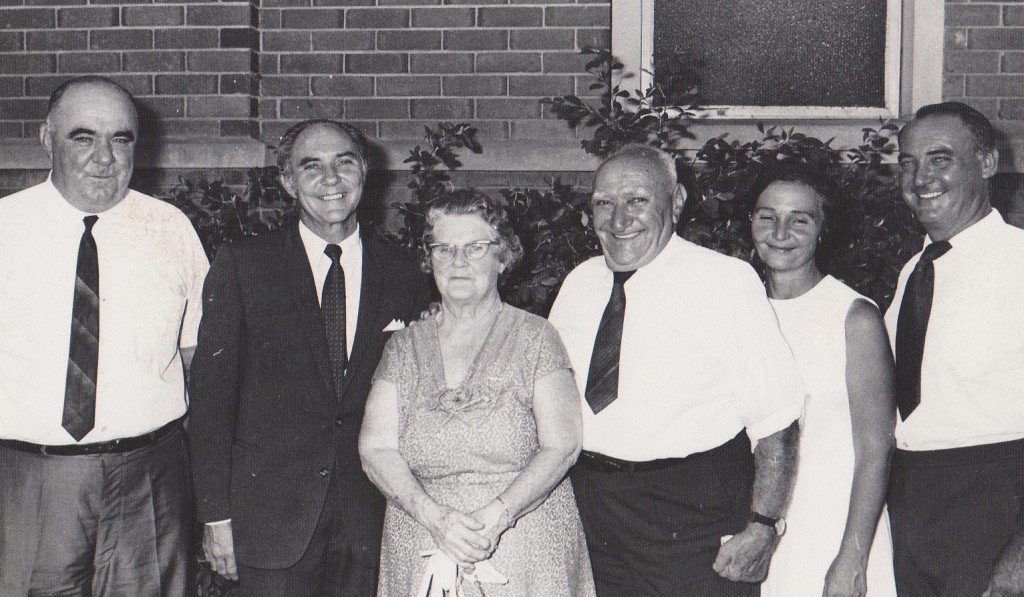 Jack and his wife Madge arrived in Moree in 1925 to operate a café, purchased by Jack’s parents Domenico and Maria, who were so impressed by the town’s artesian waters that they decided to relocate from Geelong in Victoria to the black-soil plains in north-western NSW.

Jack, an electrician by trade, and Madge ran the cafe for the next 20 years before turning to bookmaking just after correct weight was given on World War II.

“I’ve always had a hankering for racing – bookmaking’s a family weakness,” he once said.

Sons John and Bob set up stands shortly afterwards and Bruce – an exceptional swimmer who competed at State and national levels – scribbled his first ticket at Glen Innes races in 1952.

The Big Four had arrived.

“There were no betting boards in those days, so I asked John what I should do,” Bruce said.

John, who began his working life as a teacher before becoming an odds-maker, pointed across the betting ring to fellow bookmaker Sammy Wyatt and said: “If he calls out two-to-one, you call out three-to-one.”

It was a rule-of-thumb that entrenched the Big Four firmly in the racing game, where an inestimable amount of money would be turned over during the next 50 years.

Jack, chairman of the Moree Hospital Board for eight years and instrumental in the development of the Moree and District Citizens’ Youth Club, won and lost fortunes during the racing game’s boom times. 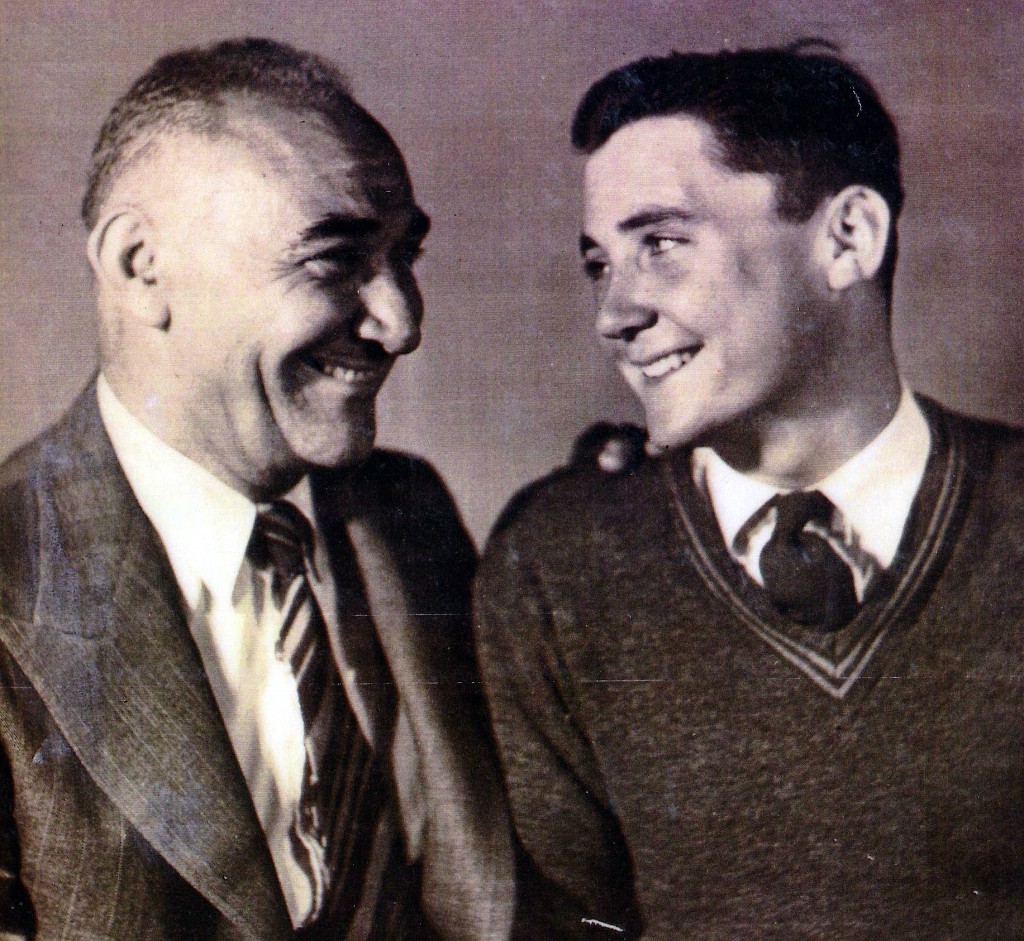 But during the good times as well as the bad, he was always there to lend a hand.

It is not known just how huge Jack’s generosity was and how far it extended over the decades, but it’s easily comparable to the huge amounts he wagered during his lifetime.

Helping hand: Jack Picone as chairman of Moree Hospital board circa 1970.

There were vast amounts donated to Moree and district charities and hospitals as well as private loans to help friends and acquaintances get through tough times.

Anecdotes about the way Jack did things are plentiful. A former bank teller remembers how Jack would always do his banking after the bank doors had closed for the day – and how he’d “sub” the facility some cash when it ran short.

“Old Jack never did his banking during business hours; he always came in the back door after we had closed in the afternoon,” she said.

“Occasionally, if we ran out of money – which was not unusual if we misjudged our cash order – we would ring Jack and borrow from him until our cash order came in.”

Another story relates how he staked another well-known Moree identity enough money to buy a house. The loan was interest-free – sort of.

While staying at the Picone house, the borrower had accidently burned a hole in a mattress, courtesy of a dropped roll-your-own cigarette.

The upshot was that, yes, he could have the money to buy his first home – as long as he bought Jack a new mattress.

“In 1962, when our dad died of cancer, my brother and I were pitched into running the heavily, heavily, heavily in-debt family hotel in Moree – The Imperial,” Max recalled.

“Soothsayers predicted disaster would descend, bankruptcy was bound to happen and failure would be fatal – but they did not take into account that we had the ‘Picone Angel’ on our shoulders.

“Jack Picone went to our accountant, Leo Smith, and said, ‘I understand the Hitchins boys are in financial trouble. How can I help them?’ 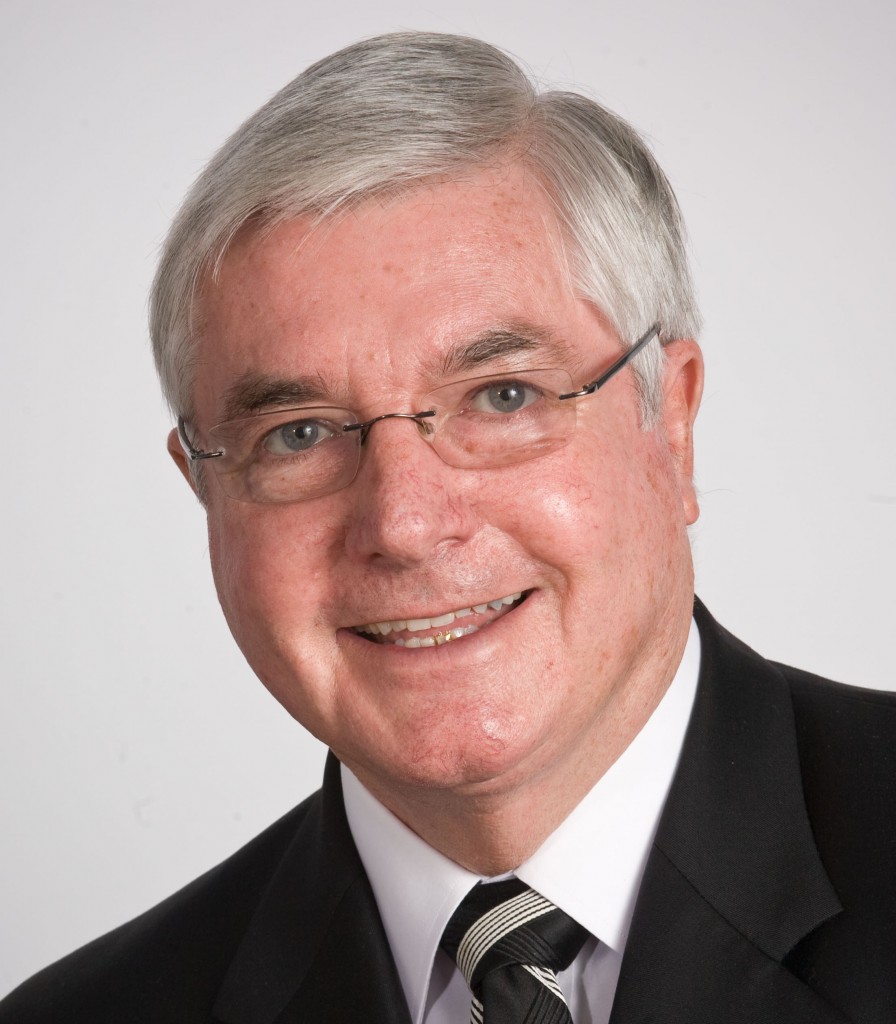 Hospitality guru Max Hitchins says his family is forever indebted to Jack Picone for saving the family hotel – the Imperial – from closure in the early 1960s.

“Leo explained that we desperately needed 20,000 pounds to pay death duties so Jack wrote out a cheque for that amount (about half-a-million dollars in today’s money) and said, ‘tell them to give it back whenever they can’.

“There was no interest and no written agreement or documents . . . Jack was an amazing man from an amazing family,” Max said.

On a plate: John Picone presents a trophy at Moree races in the late 1960s.

John Picone’s passing in 1977 from a heart attack brought on by a severe asthma attack closed the ledger on an incredible life.

He was just 51 and considered by many as the sharpest mind to ever set foot on a racetrack.

“He had so much racecourse sense and an uncanny feel,” Buxton said.

“He was simply an outstanding bookmaker and a great gambler. He’d have a punt whereas Bruce was like their father – Bruce would put the prices up and defy you.

“I don’t know that any family was ever any bigger or had as many bookmaking outlets (joints) as the Picones,” he said.

Terry is often jokingly referred to as “Arthritis” – given that he’s been in so many joints.

Chris, a lawyer when not making book, began scribbling tickets in 1982.

He says the game has changed dramatically since the pioneering days of his father and uncles.

“A lot of bookmakers have gone out of racing since then,” Chris said.

“These days punters can do the form in detail, whereas 30 or 40 years ago people had to rely on memory.

“My father (John) used to make notes in his race-book. He’d do all the placings right through the field and if he saw anything that got a bad check or was the victim of a bad ride, he’d make a note of it,” he said.

“Back then, you had to rely on your own records.”

At the 1968 Wagga Gold Cup meeting, John Picone went head-to-head with the Hong Kong Tiger, Frank Duvall – at the time, the most fearless punter in Australia.

“I saw the betting sheets for that carnival,” Chris said.

Chris’s uncle Bob went on to become one of the most respected paddock bookmakers in Sydney. He was a regular at all the metropolitan meetings for more than 30 years before cancer claimed him in late 1998.

He and his wife Sheila also invested in the hotel industry and at one stage owned a newsagency.

But it was bookmaking that coursed through Bob’s veins – a legacy passed down to his sons, Geoffrey and Michael.

Away from the racetrack, the Picone brothers were just as adept on the sporting field and in the swimming pool as they were in the betting ring.

As a 15-year-old in 1945 Bruce beat Vernon Oliver and Garrick Agnew in the Australian junior 110 yards freestyle swimming championship at Manly Baths – a win that legend says pulled off a huge betting plunge after Bruce had been comfortably beaten by Agnew in the heats a few days earlier. 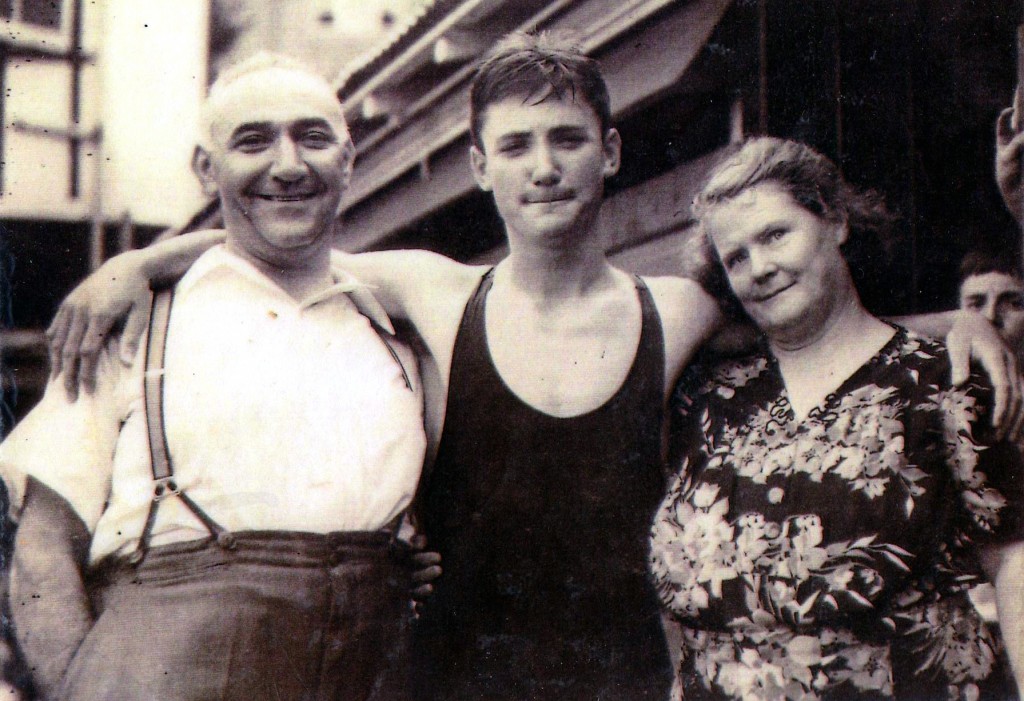 In the swim: Fifteen-year-old Bruce Picone with parents Jack and Madge after winning the Australian junior 110 yards freestyle swimming championship at Manly Baths in 1945.

Bruce, a winner of three State titles in just his first season of competitive swimming, drew away in the final to win by three yards in 65-and-a-half seconds.

His time was more than three seconds faster than Agnew’s heat win, giving strength to the theory that Bruce had indeed had a “soft” trial.

“If Bruce had longer to train, he would’ve threatened Bob Newbiggen’s Australian record set in 1937,” swim coach Harry Hay said at the time. 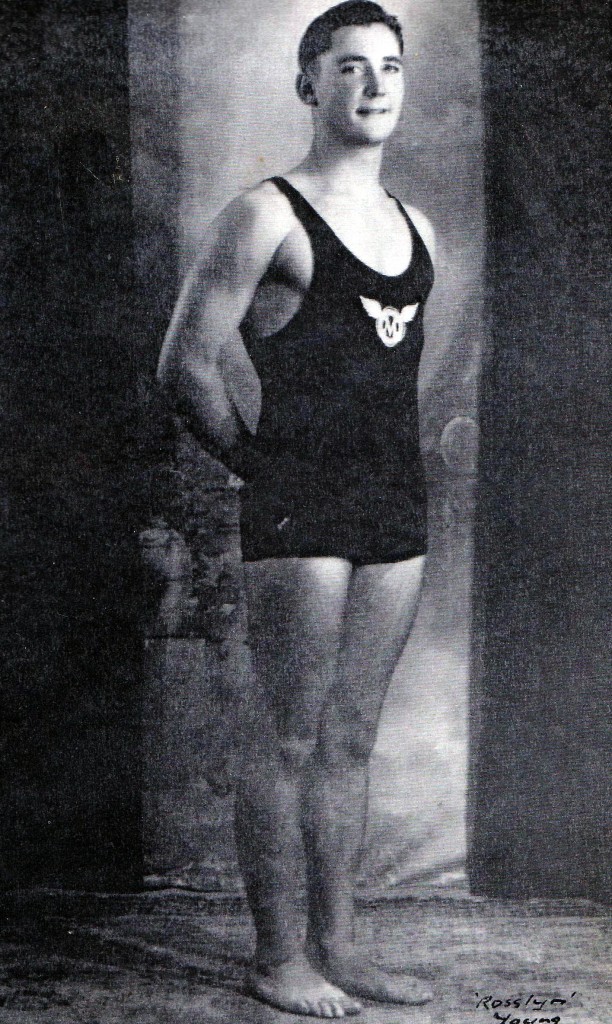 “Bruce is a very intelligent swimmer and has trained for only seven days, but has amazed me with his time in such rough water.

“The water was very rough and choppy, and conditions were against fast times. With proper coaching I’d have him breaking 63 seconds for the 110 yard freestyle,” he said.

The 1960s and 1970s were boom bookmaking times. There was no such thing as online gambling – back then, the net was something you took fishing.

Satchel-swingers across Australia held hundreds of thousands of dollars at the track, and just as much away from it during an era when illegal SP betting was rife, but a staple of the Australian gambling psyche.

It was socially acceptable, especially in the bush, to phone the local SP bookie and place a bet.

The Big Four was always there to accommodate punters and history suggests the Picone kingdom was founded when Jack’s wife Madge began taking over-the-counter penny bets from café customers during the 1930s and 1940s.

Part of the Picone legend also has it that just a year or two ago a telephone technician was called to the stately family home in Moree to repair a damaged landline.

The home’s extensive telephone system that ran hot all those years ago had long been disabled.

After inspecting the street junction wiring, the technician returned to the front door somewhat confused.

“I can’t figure this out,” he said to John Picone’s son, Terry.

“According to the wiring out on the street there used to be 60 phone lines going in to this residence; exactly what type of business was here,” he asked.

“I’m not exactly sure what it was, but they tell me it was big in its day,” he winked. 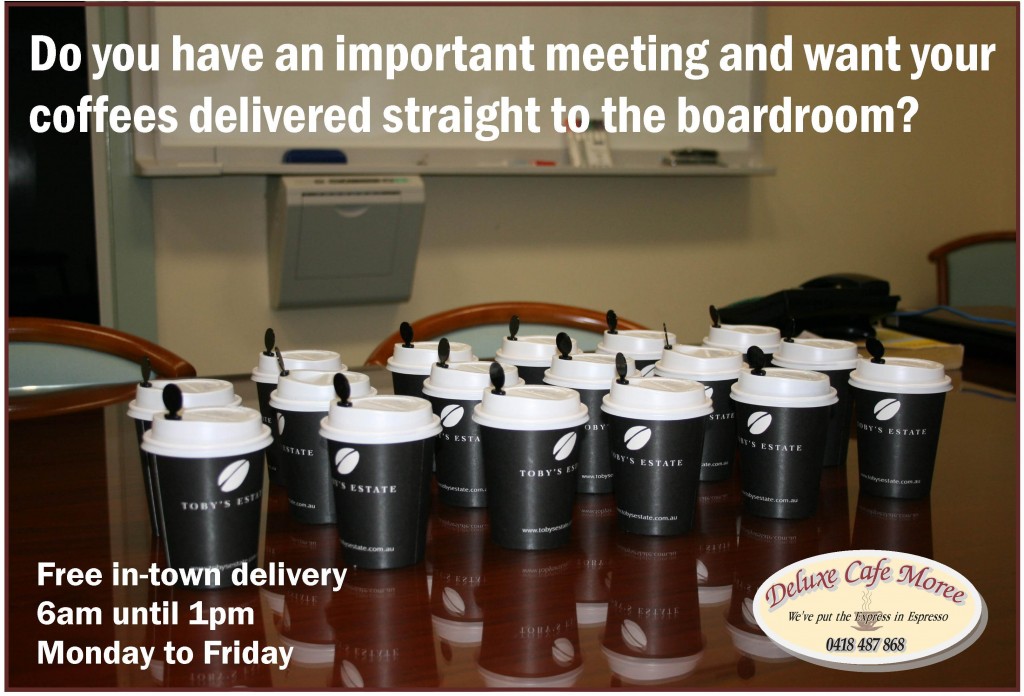