THE pennies spun in perfect sync as they started their slow descent back to earth.

One landed tails up while the other rolled and wobbled for what seemed like forever, before finally toppling over.

“Tails are right!” the ringer yelled.

Peter Brooks made his way around the two-up ring, scooping up wads of cash as he went, then paused as he passed the losing spinner.

“But are ya havin’ a good time?” he asked with a wink, flashing that trademark, wry smile.

It was a typical Peter Brooks moment but now, the bloke that everyone knew simply as “Brooksy”, is dead.

Brooksy was just 66 years of age and enjoying semi-retirement in the Philippines with his partner, Mitchy and extended family.

He was a character, a hard worker and a visionary, ascending from a plumber’s apprenticeship at Narrabri in the 1970s to the mayor of Moree 30 years later.

He was also a street-smart businessman and property developer who later in life invested in motels at Gilgandra and Gunnedah.

Brooksy was a self-made man that never lost track of his humble beginnings.

And he was a man well ahead of his time. 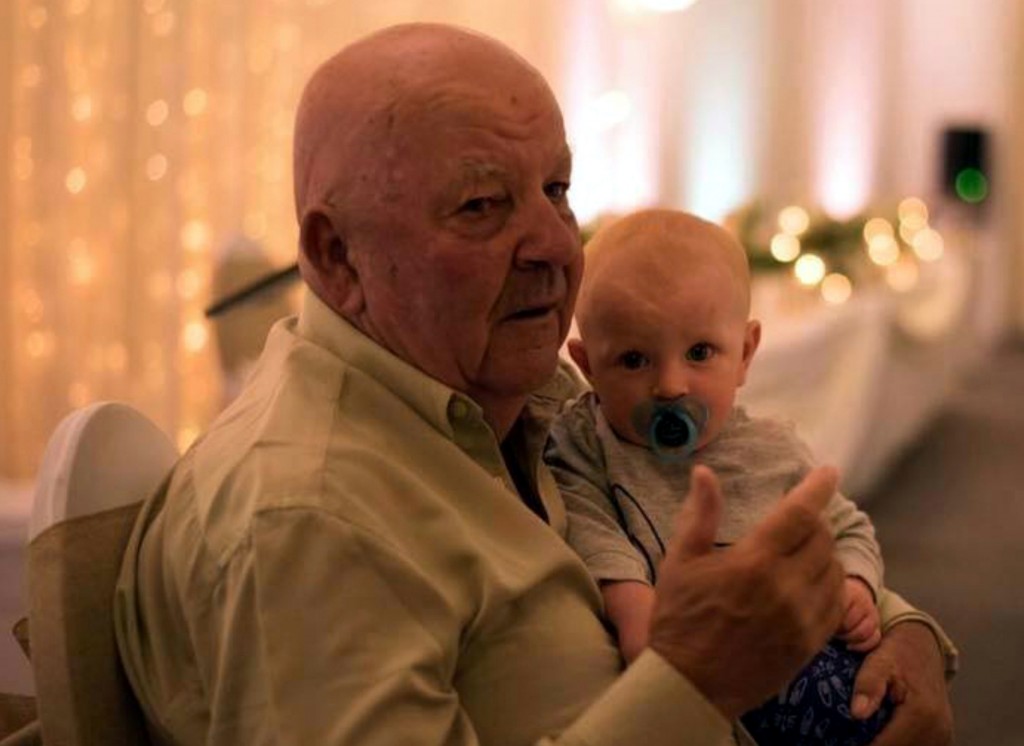 He was a bloke with a genuine rags-to-riches story to tell, and was much more comfortable sharing a beer with knockabouts and larrikins, rather than rubbing shoulders with the well-to-do – and he did his fair share of both during a life lived to the fullest.

Brooksy arrived unheralded in Moree in the late 1970s.

He was in his 20s and the doting dad of three young girls: Shelly, Danyel and Niomi.

Brooksy linked up with a Tamworth-based air-conditioning company to sell, and install, evaporative air-conditioners – or swampies as they were known back in the day – to the residents of Moree.

But Brooksy knew that they were an affordable home-cooling system that would suit Moree’s long, hot, dry summers.

And he was that confident that swampies were here to stay, that he ventured out on his own – and out on a limb.

Using savvy foresight, he invested heavily in the company that manufactured the air-coolers he was installing, and so the Peter Brooks rags-to-riches story began.

Once Brooks Air-Conditioning was up and running, there was no looking back for the bloke from Narrabri that dared to dream.

A former employee and good mate, Geoff Miller, said Brooksy was a generous man – and a real character to go with it.

“There was a lot of good in Brooksy . . . he was one of the boys, but at the same time he commanded a lot of respect,” Geoff said.

“Brooksy was a good man and did a lot of things for a lot of people around Moree.

“During the winters he would spend hours fixing up oil heaters for a lot of elderly people and once he got them sorted out, he’d never send them a bill.

“I worked for Brooksy on and off for about 10 years and once he got his own business going, he really fired.

“I can remember summers where we’d install 150 ducted units . . . it was unbelievable,” he said.

“One summer we were going to Narrabri two or three times a week and we were flat out, fully booked until Christmas.

“We’d just finished a job and the next-door neighbour came over and wanted to know how much it would cost to have one installed on his own house,” Geoff recalled.

Brooksy told the inquisitive neighbour the price on the job just completed but added that the waiting time would be a month, maybe longer.

“The job might’ve been worth $2500 so the bloke said ‘how long will it take if I give you three-grand cash’,” Geoff said.

“Brooksy looked at him and said: ‘I’ll see you in the morning’.

“It was a classic Brooksy moment,” Geoff laughed.

Peter Brooks was born in Narrabri in 1951, the youngest of seven children to Michael and Edna Brooks. 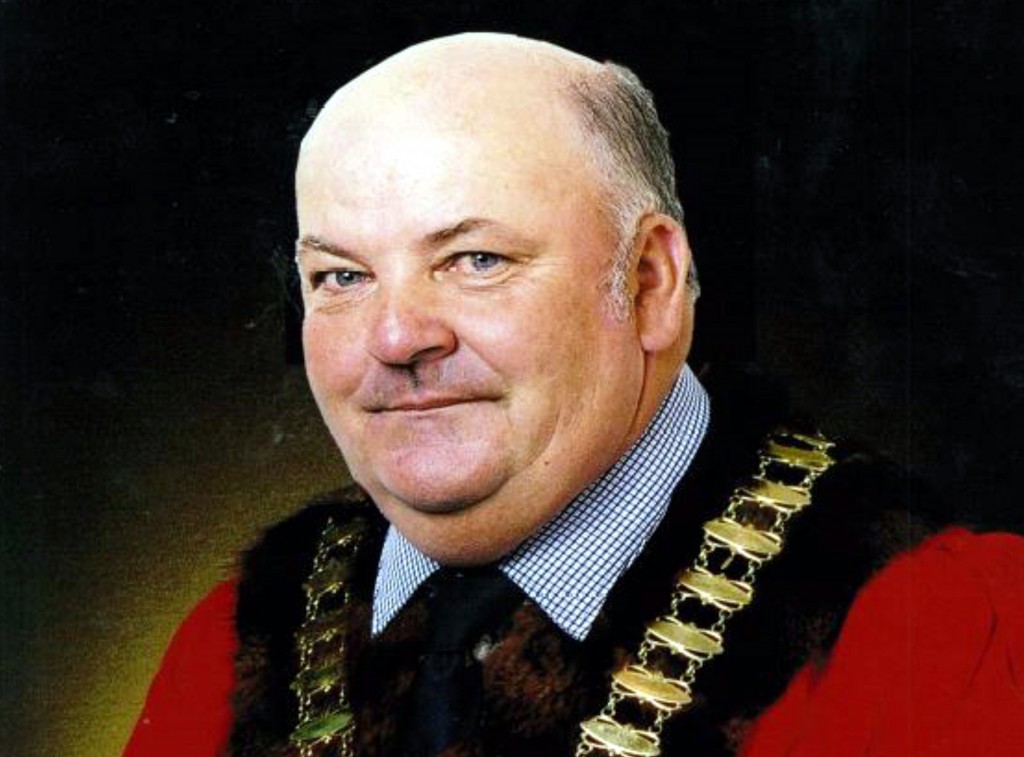 Peter Brooks was mayor of Moree between 2001 and 2004 (Image: Moree Plains Shire Council).

Brooksy was raised by his older siblings and it was an upbringing that without doubt moulded his future.

A Moree Plains Shire Council media release said that Brooksy will be remembered as “a person larger than life”.

But he was much more than that.

He liked to call a spade a shovel, and was known to dig his toes in deep when necessary.

It was one of local government’s more tumultuous times, but Brooksy dug his toes in time and time again and on more than one occasion mentioned those shovels as only he knew how.

Current councillor Mike Montgomery said Brooksy was a councillor who worked for the community.

“Peter worked hard for the community and achieved a lot for the Shire, particularly in the road and transport area,” Cr Montgomery said.

“He was part of the planning for the Moree Bypass, securing funding for the first stage which saw the heavy vehicles diverted out of the main street.

“He also helped develop the Rural Sealing Program, along with water and sewer infrastructure for a number of villages in the Shire.

“On behalf of Moree Plains Shire Council, we are sorry to hear of Peter’s passing and our condolences are with his large family,” Cr Montgomery said.

Brooksy’s nephew, Rod Orman, said his uncle was a role model that everyone admired.

“He was very much loved by all the family and would drop by Narrabri whenever he was in Australia, even if it meant traveling because his children and grandchildren are all over the country,” Mr Orman said.

“Peter’s death was such a shock and so unexpected.

“He was proud of what he had achieved in life and I am ever so thankful for everything that he did for me,” he said.

Peter Brooks is survived by a large extended family across two countries, including daughters Shelly, Danyel and Niomi; sons-in-law Dean and Terry; grandchildren Blair, Kira, Daniel, Lockan, Bianca, Zane, Tony and Jessie as well as a great-grandson, Cohan; his partner in the Philippines Michelle (Mitchy) and her children Jolo, Pia and Abby; and siblings Glena, Margaret, Thelma, Bill, John and Frank.

Funeral arrangements in Australia are yet to be finalised.