Lions Club spokesperson Barrie Brooks has been in close contact with the champion swimmer and snow skier and proudly announced her appointment at the weekend.

“Prue is a wonderful young lady and an inspiration to everyone. We are very fortunate to have her here in Moree to be our official ambassador at the 2017 celebrations,” Mr Brooks said.

Ms Watt, 29, has represented Australia at four Paralympics from 2004 to this year’s games at Rio de Janeiro, where she competed in five different events. 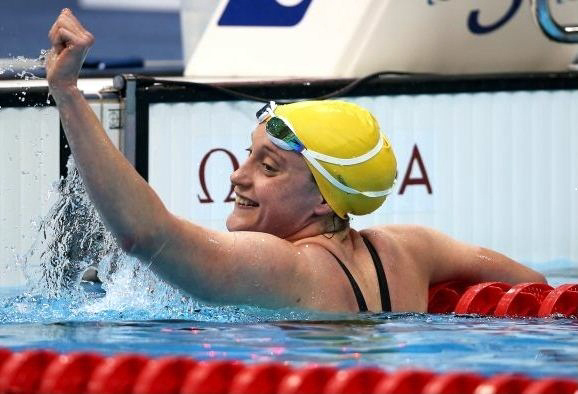 She also collected a bronze medal in the Women’s 50m freestyle.

At the 2004 games in Athens Ms Watt brought home five silver medals and one bronze medal.

Ms Watt didn’t start competitive swimming until the age of 13, when she developed an interest through surf life-saving.

By the age of 14, she was competing at state and national levels, while also balancing her budding career in winter sports. In 2002 she made her Australian debut at IPC Swimming World Championships in Argentina where she won two bronze medals.

Ms Watt was named the 2004 Australian Paralympic Committee Junior Female Athlete of the Year as well as the Telstra Swimmer of the Year with a Disability in 2006 and 2007.

She is just as adept on the snowfields, training with the Australian Paralympic Alpine Skiing Team in 2013 and 2014 saying at the time: “I’ve always had the dream in the back of my mind to compete at a winter and a summer games because not many people have represented Australia in both.”

Ms Watt has limited vision after being born prematurely with high levels of oxygen in her system which resulted in a damaged retina.

Moree mayor Katrina Humphries encourages residents to support the 2017 Australia Day awards and nominate individuals and groups who have made a significant voluntary contribution to the Moree Plains Shire community.

“We are blessed to have so many people and local clubs that are passionate about Moree Plains and contribute so much to our community,” Cr Humphries said.

“Now is the time to recognise the outstanding contribution of our region’s inspirational and unsung heroes as the nominations for the 2017 Australia Day Awards are now open.”

Nominations forms can be found on Council’s website www.mpsc.nsw.gov.au or by contacting Barrie Brooks at Moree Lions Club on 6752 1226.

The 2017 Australia Day Award nominations are open until 5pm January 12, 2017 and should be sent to Moree Lions Club, PO Box 119, Moree or emailed to [email protected].

Community members are urged to keep an eye on Moree Plain Shire Council’s website and Facebook page for updated information.