THERE were only two editions of the ‘in’ famous Ned Kelly Cup.

They were both held in 1982 on a makeshift track at a popular recreation area about 10km north of Moree known as The Rocks.

What made both Cups special was the sheer cunning and audacity of the connections of both winners – the first was a red-hot ring-in and the second, a blatant one-goer.

Had Ned Kelly been around in 1982 he would’ve shied away from both race-days for fear of being pinched for consorting.

Also at both meetings was a bloke by the name of Red Lloyd, a Ned Kelly Bar mainstay.

Red was an onlooker at the inaugural Ned Kelly Cup but had a runner the second time around – Red’s Hope, ridden by Gerard Brazier.

Red’s Hope had no hope and to this day Red swears black and blue the race was a farce.

“Biggest one-goer in the history of bush racing – I was robbed,” Red roared this week, with that trademark crooked grin intact. 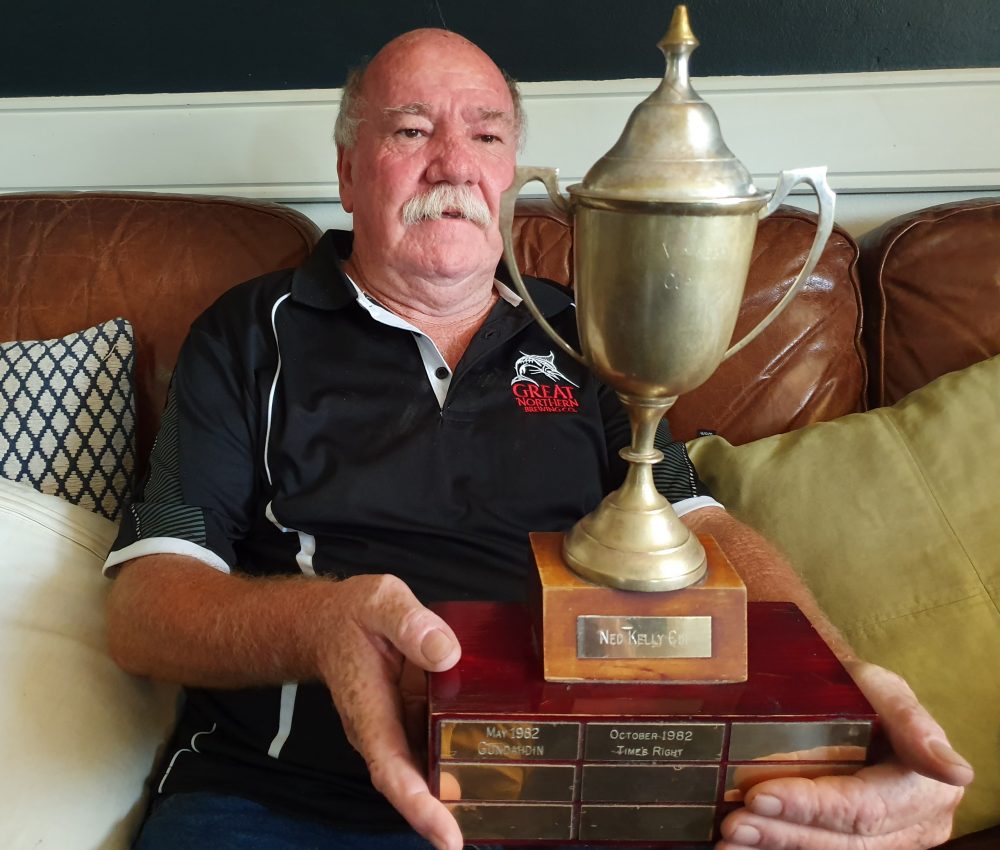 Red Lloyd with the ‘in’ famous Ned Kelly Cup, which will be just one of many lots offered for auction at a huge fundraiser at Moree Services Club on Friday evening, December 13.

Now the trophy bearing both winners’ names will be offered for auction at a special fundraiser for Red, who lost his Yarraman home and all possessions in a horrific fire earlier this month.

The trophy is just one of several items up for grabs at a 1960s-1980s-themed fundraiser this Friday night – December 13 – at Moree Services Club barbeque area, set to kick off at 7pm.

A huge raffle with a plethora of prizes will also be held, with items for both the auction and raffle so far including a smart TV, an accommodation package, meal deals, artworks and a 12-month membership to Moree Boxing Academy.

A $10 door charge applies and all money raised will help Red get some semblance of his life back on track.

The Ned Kelly Cup went missing for nearly 20 years but about 12 months ago was discovered at a garage sale at Kelly’s Gully, near Warialda, by Moree old-boy Murray McPhie.

McPhie quickly got word back to Moree and the Ned Kelly Cup was sent home where it belonged.

The old Cup was a bit worn and missing a bit here and there, but thanks to Moree jeweller Stephen Sparke, who donated his time and expertise to the cause, is back in tip-top condition. 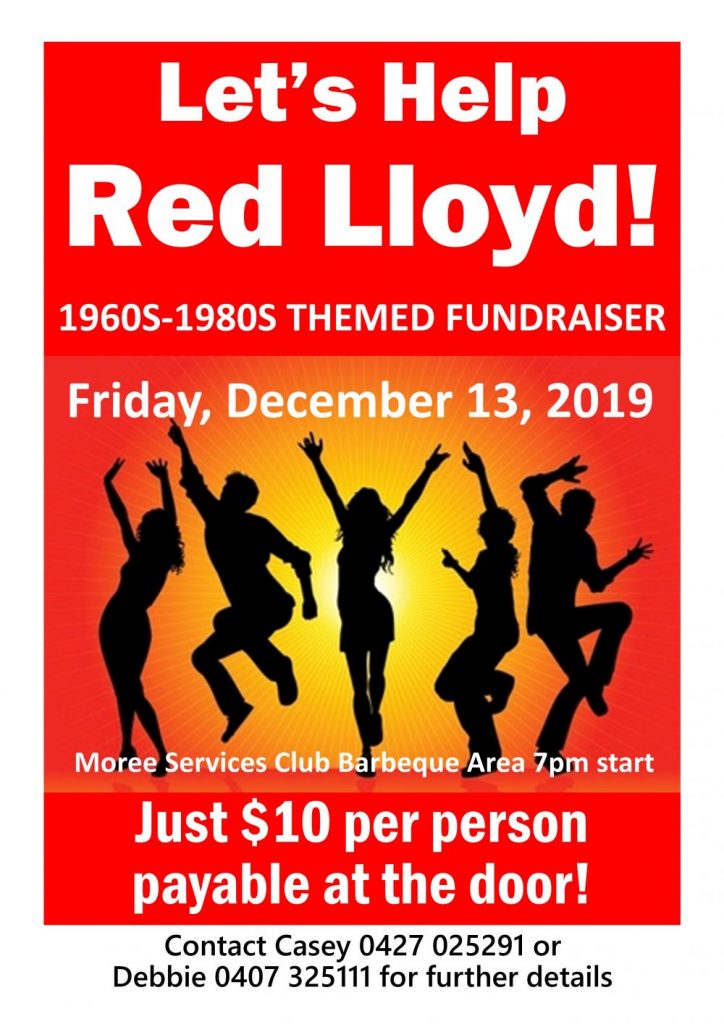 The stories of both Ned Kelly Cups are worth telling.

He was ridden by former gun apprentice Selwyn Hall, and they absolutely annihilated the opposition in the inaugural Ned Kelly Cup.

The race was hotter than a wok in Dixon Street, given the riding talent legged up that day.

On race-day morning there were just four runners declared for the inaugural Ned Kelly Cup.

At the time, Hall was one of the best trackwork riders at Moree racecourse – if not the best.

One didn’t need to be Flicka to figure something was ahoof.

Jockeys Bowen, McNamara and Gibbons, all in “big” saddles, rode their mounts from Moree to The Rocks – a 10km canter as the crow flies.

Gunga Din, with a two-pound jockey’s pad strapped to its back, arrived in a brand-spanking new Olympic horse-float that would not have been out of place at the unloading dock at Royal Randwick on Doncaster Day.

Needless to say Gunga Din won in a manner suggesting the race was held in a toilet block.

Darcy rode Toohey’s Delight and his daughter Erica was on board Time’s Right.

When Darcy boldly walked into the betting ring pre-race and backed his daughter’s horse for plenty, astute punters followed the money.

And, just as Darcy’s money suggested, Time’s Right bolted in.

Red’s runner Red’s Hope finished well back – but the memories of both race-days put a smile on his face this week.

“They were funny days . . . and it’s just so wonderful to see the Cup safe and sound back in Moree,” Red said.

“Honestly, I’m overwhelmed by all the love, support and help everyone has offered and given me since the fire . . . it’s simply unbelievable,” Red said.

Next post
Sinclair’s roll set to continue at Gunnedah Tuesday