IT has been two years in the making and much longer in the planning, but now the Moree Regional Military Museum is ever so close to officially opening its doors to the public.

Museum committee president John Williams said visitors to the 25th Annual Allied Forces’ and Nashos’ Reunion at Moree this weekend will get a sneak preview of what has been happening behind the scenes as they prepare to proudly march down Balo Street on Saturday morning.

“The marchers will come together at the museum and assemble there before they march and we’ll give them a cup of tea or coffee, but the museum won’t be officially open,” Mr Williams said.

“When everything is operational we hope to open the museum for three days a week initially, and one of those days will be on a weekend, most likely a Saturday.

“It will all be done by volunteers, and we have some great people helping us – but we’re always looking for more.

“And, the other thing we are always looking for is more memorabilia,” Mr Williams said.

Volunteers at the new museum – housed in the old Moree library building on the corner of Balo and Albert Streets – have in recent months been busy dusting, polishing, displaying and cataloguing military memorabilia and artefacts sourced locally and from across the region.

“A lot of the memorabilia we have was displayed at the Moree Services Club – it was ours, but on display there,” Mr Williams said.

“We’ve now moved it into our museum and we do intend to put another display back at the club once we have enough items to do that – and the club’s quite happy with that arrangement.

“But we will always be looking for memorabilia and we are asking any families that might have pieces that they want to keep, if they can lend it to us to put on display. 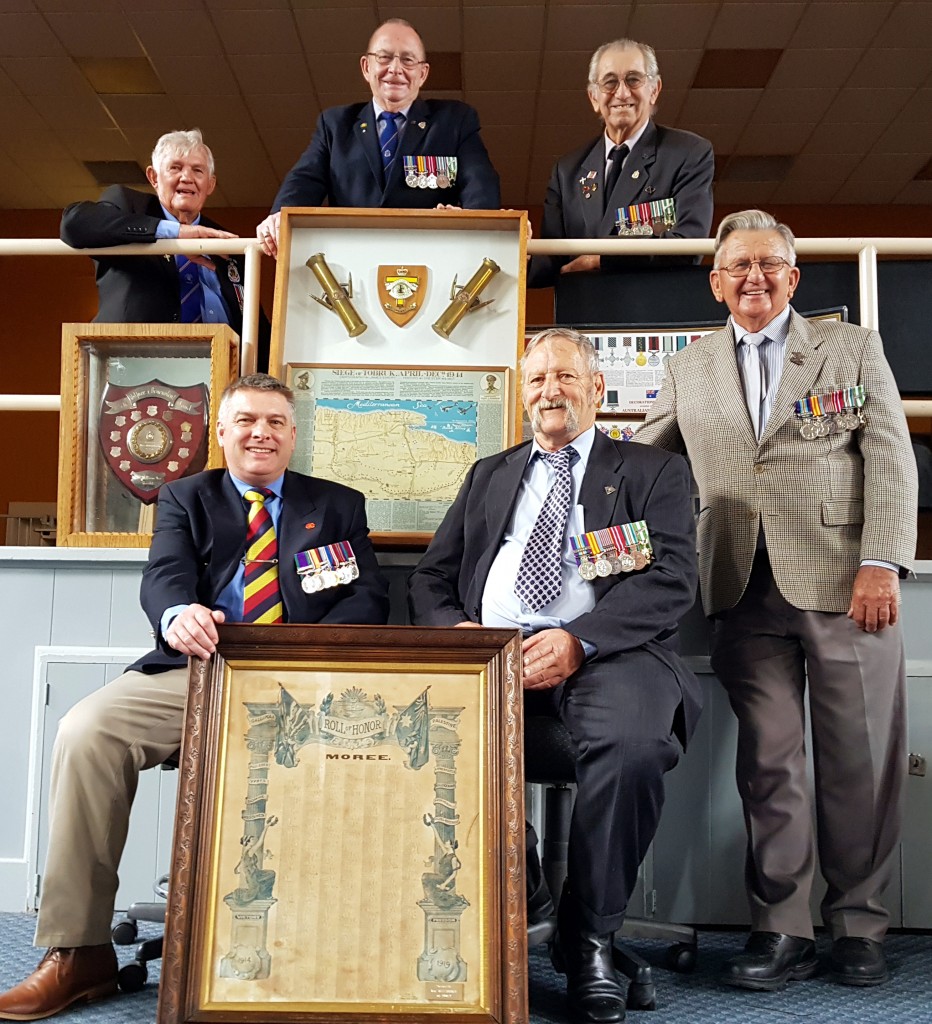 “We’ll log it as still theirs and they can claim it back whenever they want to,” he said.

“Being a regional museum will allow us to borrow memorabilia from the Canberra museum, put it on display here, and then send it back – that’s what we’re hoping to do; that’s our plan,” Mr Williams said.

This weekend’s reunion, just the second time it has been held in Moree, is expected to draw more than 200 visitors to the town.

“It should be a great weekend and a great night on Saturday, especially with Little Pattie performing and Michael Andersen emceeing – Ando is a great bloke and very much community-minded,” Mr Williams said.

Moree ex-serviceman Geoff Cantrill, who served in Vietnam in 1967 and 1968, says he is involved “in a small way”.

“I’m the gopher, I suppose – whenever someone needs help on anything, I’m the one they call,” he chuckled.

“But I’m as involved as much as I can be, and to see this reunion build up and get running like it has since we’ve taken over is fantastic.”

Mr Cantrill says the reunion, first held in Bingara 25 years ago before moving to Moree last year, will only get bigger and stronger as it grows in stature and standing among former nashos and returned servicemen.

“We are having a little bit of trouble with our nashos and servicemen from the 1960s because they are pretty much entrenched in their own organisations,” he said.

“By the time this reunion comes around they have already had their own affiliations and reunions – two or three a year, at times, so it’s a big ask to come to Moree as well.

“And not just here, but they go back overseas to where they were involved in conflicts. A lot of the blokes my age – from the 1960s’ nashos – go to the old conflict reunions, dedications or memorials,” he said.

“Locally, there are also events at places like Perth, Melbourne, Sydney, Tweed Heads and Townsville so these blokes can get a bit knocked up at times,” he smiled.

“Not everyone goes to a particular place but the places that miss out this year (like Moree) will be picked up next year.”

Secretary-treasurer Daryl Brady, a member of the 1/19th NSW reserves regiment, said hosting the reunion was a boon for Moree.

“It will be great to see all these people in Moree, and the way the town welcomes them all is fantastic,” Mr Brady said.

“We have got a good committee, which has worked extremely hard to make sure the weekend is a success.

“This will be a continuous event each year. And I firmly believe it will only get bigger and bigger, but it’s not just a team effort – it’s a town effort, a community effort,” Mr Brady said. 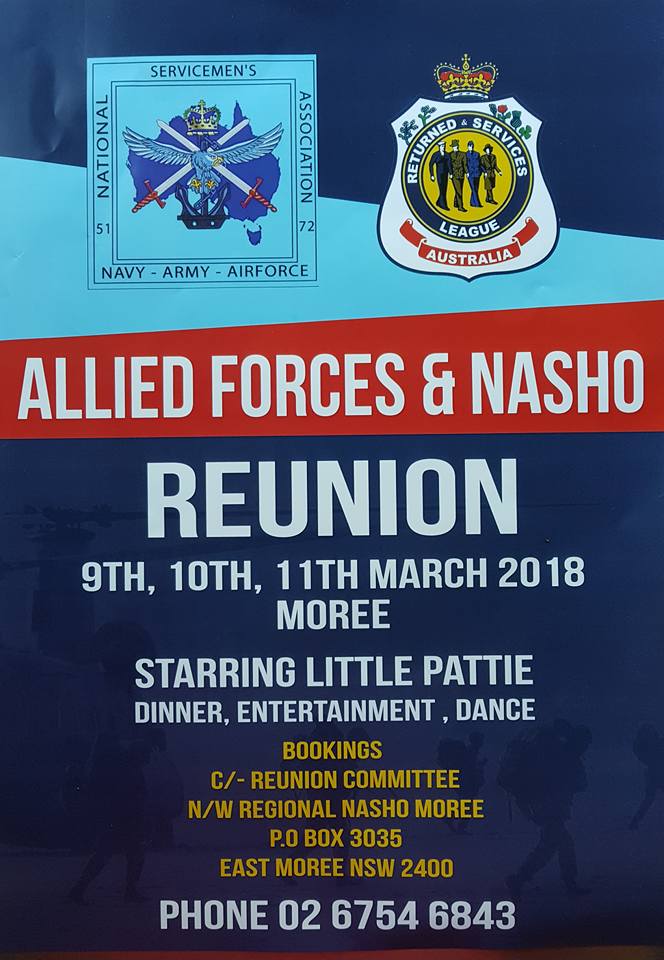