MORE than $10,000 has been raised through an online silent art auction for terminally-ill Moree man Mick Colbran and his family.

Eighteen Lots covering art, ceramics, photography and the written word were offered through social media over a two-week period, with all but three items selling.

“The whole concept was a bit of an experiment, and I’m glad to say that the experiment worked,” Mr Poulos said.

“Again, it was a perfect example of just how generous the people of Moree can be when it comes to helping out their own.”

Mr Colbran, 38, has been fighting cancer for two years and was told in January that he might have just 12-18 months left to share with his wife Alice and two young boys, Tom and Sam. 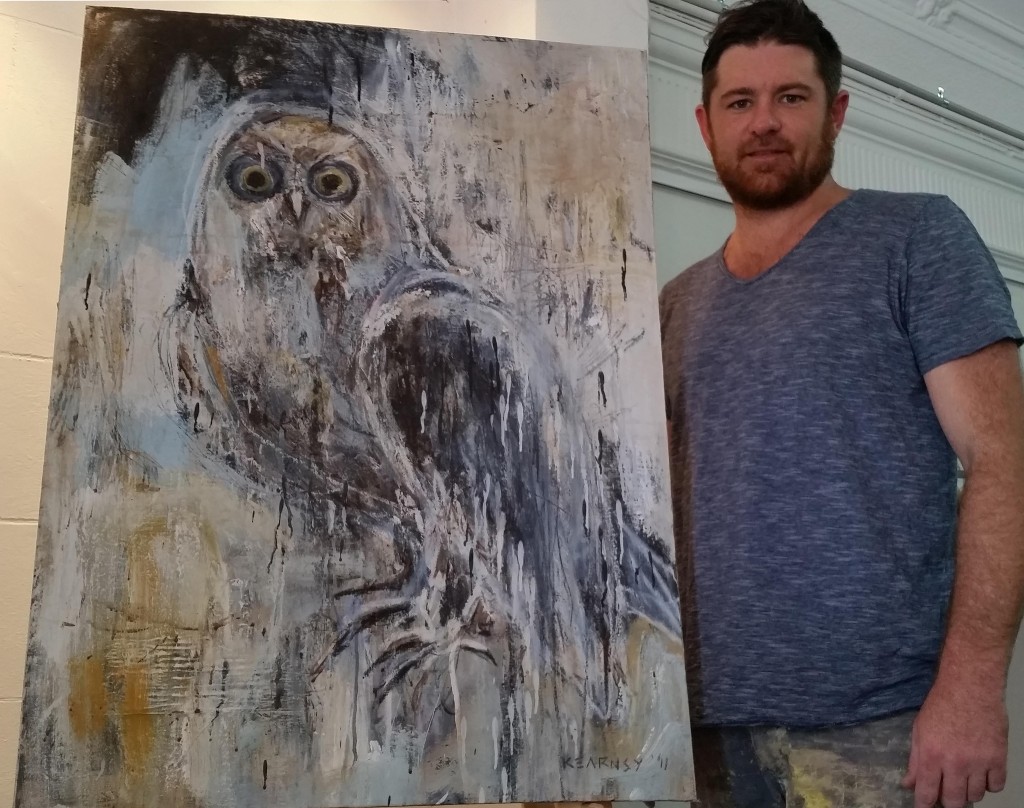 Artist James Kearns and Night Owl, which sold for $2000 in the Leap for Mick online art auction.

The online auction attracted interest from across Australia, with several of the pieces leaving the district.

The sale-topper was James Kearns’ Night Owl, which sold for $2000 while Heidi Morris’s photographic essay Bringing Them Home in the Channel Country was knocked down for $1000.

Bill Poulos’s The Finish sold four times for $500 each time.

“Four of the owners of the winning horse in the photo all wanted a copy, so we had to get more prints made,” Mr Poulos said.

Also sold at open auction were two DVDs of the historic 1973 University Shield grand-final between Moree High School and Forbes High School. Both went for $250 each.

“At this stage the amount raised is $10,042 however this could vary slightly as we have to factor in some additional framing.

“There are three unsold items and these will be added to the Leap for Mick fundraiser at the Moree Services Club next month,” he said.

Yaama Ganu Centre gets behind Leap for Mick online auction

Next post
Daylight saving to be extended: Moree solar farm the big winner