INSPIRATIONAL women from across the state have been recognised at the 2017 NSW Women of the Year Awards.

Now in its sixth year, the NSW Women of the Year Awards recognises and celebrates the outstanding contribution made by women across NSW to industry, community, and society.

Premier Gladys Berejiklian and Minister for Women Tanya Davies congratulated the recipients of the awards.

“The Women of the Year Awards recognise the many inspirational women leading the way in their fields across NSW and the calibre of the finalists was very high,” Ms Berejiklian said.

The winner of the 2017 Premier’s Woman of the Year Award is Associate Professor Catherine Birman. 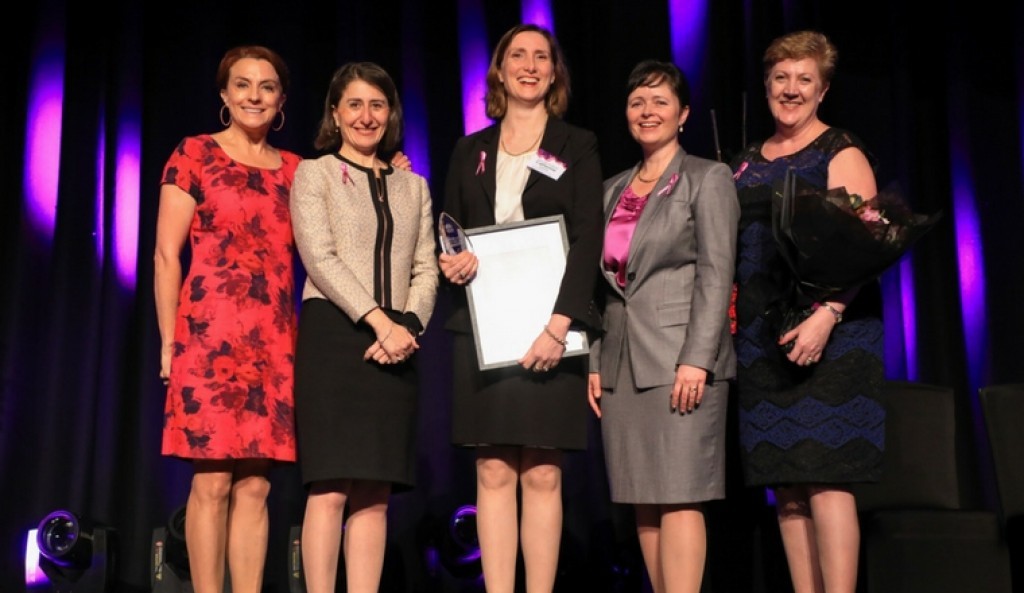 “As one of the most experienced cochlear implant surgeons in the world, Associate Professor Catherine Birman has helped almost 1000 NSW residents through life-changing procedures,” Ms Berejiklian said.

Advocate and mentor for Indigenous women, Kristal Kinsela was named the 2017 NSW Aboriginal Woman of the Year.

“Kristal is an outstanding woman who is an advocate and mentor for Aboriginal women,” Mrs Davies said.

“She is passionate about helping corporate and government clients increase their productivity, performance and Aboriginal engagement.”

Winners from the other individual categories:

“These awards support the government’s commitment to building an equitable, inclusive and safe society where all women are valued and respected, can contribute meaningfully, and can enjoy the rights, freedoms, and protections to which everyone in NSW is entitled,” Mrs Davies said.

Now in their sixth year, the NSW Women of the Year Awards recognise and celebrate the outstanding contribution made by women across NSW to industry, community and society. The Awards profile women who have demonstrated excellence in their career and elsewhere, women who make significant contributions in their community and young women whose achievements make them leaders in changing the social and business landscape.

The 2017 NSW Women of the Year Awards were presented at a ceremony in Sydney on the morning of International Women’s Day, Wednesday 8 March. The event was held in the presence of His Excellency General The Honourable David Hurley AC DSC (Ret’d), Governor of New South Wales and Mrs Hurley. The Premier, the Hon. Gladys Berejiklian MP, the Minister for Women, the Hon. Tanya Davies and the Minister for Aboriginal Affairs, the Hon. Sarah Mitchell MLC joined for the ceremony.

Over 400 guests, including Members of Parliament attended the ceremony which was presided by MC Gretel Killeen.

NSW PREMIER’S AWARD FOR WOMAN OF THE YEAR

Catherine is one of the most experienced cochlear implant surgeons in the world and has performed over 1000 cochlear implant procedures, helping close to 1000 NSW residents.  A pioneer in the field of cochlear implants for children with complex medical conditions, Catherine currently practices at the Children’s Hospital at Westmead, Royal Prince Alfred, Hornsby Ku-ring-gai, Macquarie University and the Sydney Adventist Hospitals. 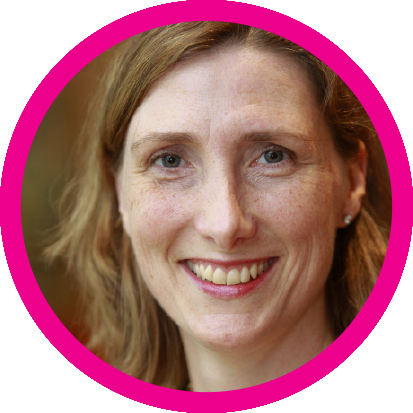 In addition to conducting life-changing surgeries, Catherine is also the Medical Director of the SCIC Cochlear Implant Program, a charity providing all aspects of care for patients requiring cochlear implants and implantable hearing devices.

Catherine is also Clinical Associate Professor with the University of Sydney, and Conjoint Professor with Macquarie University.  As the third female Ear Nose and Throat Surgeon to qualify in New South Wales, Catherine’s career and charitable works have made her a trail-blazer and inspiring role model for all women.

NSW ABORIGINAL WOMAN OF THE YEAR

Kristal is a proud Aboriginal woman descended from both the Jawoyn and Wiradjuri nations, and works as an advocate and mentor for Indigenous women. Her career spans education and training, organisational and workforce development, and supplier diversity working across government, corporate and not-for-profit sectors. 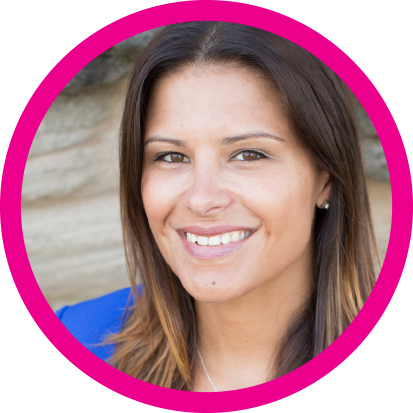 Inspired by stories of success through the growth of the supplier diversity movement in Australia, Kristal established her own consultancy to use her passion and skills to help corporate and government clients increase their productivity, performance and Indigenous engagement through coaching, training and facilitation.

She has presented at international conferences, and advised the Australian Government on policies to foster social inclusion. In 2011 she provided mentorship to Aboriginal teenage girls through the Birpai Aboriginal Land Council. She has also run teenage motivational and leadership camps to educate young Aboriginal women about their rights, and the skills required to navigate society, prejudice and stereotypes. Kristal was recently announced the Sydney Ambassador for Indigenous Women in Business; a not for profit network to connect and support Indigenous women who run their own businesses.

Debbie has been volunteering in a vast range of areas for the past 19 years. She is particularly skilled in community networking and is a highly respected member of the Chain Reaction Foundation team at Learning Ground. 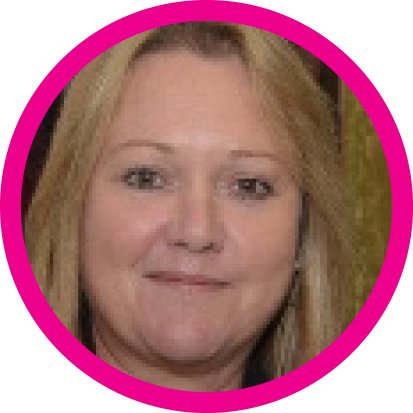 Through her paid work at Learning Ground, she mentors teenagers for whom formal education has failed. Debbie is a volunteer advocate for improved local transport, a volunteer basketball coach and umpire. Over the past 19 years, she has built a network of festivals and community events across the 11 suburbs of Mt Druitt, including Reconciliation Walk and Concert.

A qualified social worker/community worker, Debbie is also a proud mother of three daughters and grandmother of one grandson. She has always had particular interest in developing strong values and attitudes within families. She is a well-known and appreciated community leader across Western Sydney.

Nicole is a medical student at the University of Sydney with a passionate interest in cancer and cardiovascular research. She has continued this research in a voluntary capacity following completion of her PhD in Medicine in 2015. 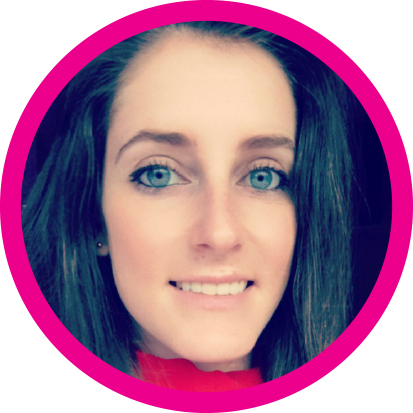 Nicole’s research focuses on the development of novel agents that target drug-resistant cancers, which are the most aggressive and difficult to treat. The success of this research has contributed to current clinical trials, treating patients with advanced tumours in Australia.

Nicole is also an active member of Level Medicine, a not-for-profit group advocating for gender equity in medicine. Recently, she wrote a policy for gender equity in medicine on behalf of Level Medicine and is currently assisting with their senate submission into gender economic equality. In 2017, Nicole has volunteered her time to mentor Indigenous Australians in the AIME (The Australian Indigenous Mentoring Experience) program and for Rotaract (Rotary International Youth Program).

School teacher, cattle farmer, refugee advocate and Mingoola community legend, Julia personifies civic leadership. Her work with a vast number of local community groups in northern New South Wales saw her and husband Philip awarded Tenterfield’s 2017 Citizen(s) of the Year. Most notably, Julia championed a grassroots resettlement plan for African refugees that transformed her community and addressed the problems of an aging and declining rural population. 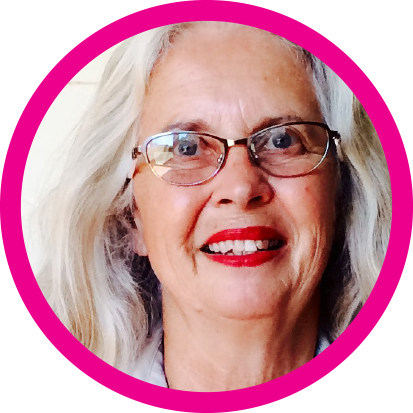 Julia worked with refugee advocacy groups and government organisations to locate refugee families welcome them to Mingoola and provide the support needed to grow into the community.

NSW BUSINESS WOMAN OF THE YEAR

After starting a home based security business from scratch, Gina Field now owns one of the most awarded, respected and recognised security companies in NSW, winning over 24 industry awards including an international business award. This level of achievement has only been reached by a handful of Australian companies. 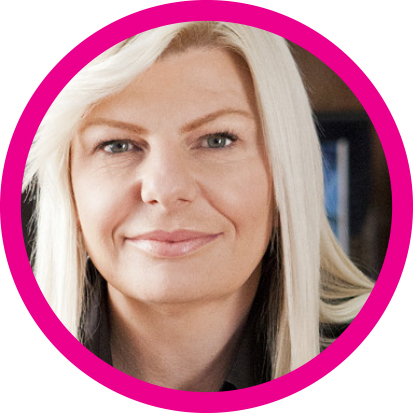 Gina is also the President of the Penrith Valley Chamber of Commerce where she is considered a ‘pocket rocket’ in the business community and is a champion for women chasing their dreams. Gina is committed to ensuring that her knowledge, passion, business success and experience are filtered down to her community. Gina gives back to the community through sponsorship of community events, speaking at schools to encourage women to venture into male dominated employment fields, and presenting security awareness to residents of new housing estates.

Next post
Moree’s Anna Winter a contestant on The Biggest Loser: Transformed