A RECORD injection of funding, worth $117.8 million, has been delivered to the Northern Tablelands electorate in the 2016-17 NSW State Budget.

The package, which includes $26.2 million for the Armidale Hospital redevelopment and more than $65 million for roads and transport projects, eclipses even last year’s record allocation of $102.4 million from the Budget.

“Far from getting the ‘safe seat’ treatment, this government is giving Northern Tablelands communities the support they need to progress and prosper.

“The Armidale Hospital upgrade has been a political football for years, but with this Budget, the redevelopment is no longer a promise; it’s a bricks-and-mortar reality. 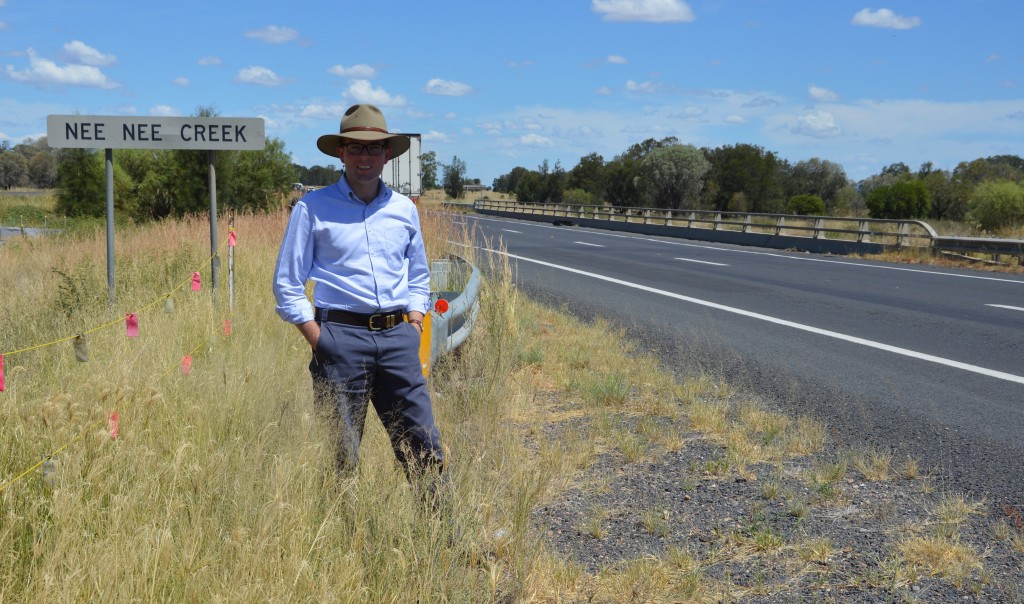 Nearly $120 million worth of funding has been allocated to the Northern Tablelands, including $3.25 million to replace Nee Nee Creek Bridge on the Newell Highway, 46km north of Moree.

“The redevelopment of Inverell Hospital is another important project that has long been discussed, but not had sufficient backing.

“The $1 million in this Budget to finalise planning for the development – the same figure that brought Armidale Hospital to its launching point – means that by the end of the financial year, I should have the information needed to bring government to the table with the $30 million needed for the construction phase.”

Mr Marshall said he was delighted with the huge expenditure on many important road and bridge projects right across the electorate, which councils and their communities were looking forward to.

“Almost $66 million ($65.85) will be spent on major projects and upgrades on the Newell, Carnarvon, Gwydir and New England Highways and Waterfall Way, including bridge upgrades along the Newell and Fossickers Way,” he said.

“The scope of works to be undertaken across Northern Tablelands roads and bridges is again unprecedented and will be welcomed by the community and longstanding problem areas start to be addressed.

“There is also $9.22 million for our local councils to undertake improvements works on their local roads.

“There will always be more work to be done on roads, but in the months past, and in those to come, we will address some of the repairs and bottlenecks that I think many in the electorate despaired of ever getting any attention.”

Commenting on the overall budget, Mr Marshall said the government’s hard work in rebuilding the State’s finances over recent years had paid dividends, delivering a $3.4 million underlying surplus while at the same time slashing the state’s net debt to virtually zero.

“There is no doubt that NSW is the economic powerhouse of Australia and there are exciting times ahead for regional NSW with the plan to allocate $6 billion in projects across the regions from Rebuilding NSW,” he said.

“I now look forward to working closely with all the communities in the Northern Tablelands to ensure our interests get the attention they deserve over the next 12 months and beyond.”

Some of the budget highlights for the Northern Tablelands include: