A new fleet of eight white Agusta Westland 139 (AW139) helicopters has started operations for the Ambulance Service of NSW. The new helicopters will have a doctor and paramedic on every flight.

The new contract “will deliver a world-class modern helicopter fleet for NSW patients, no matter where they live,” Mrs Skinner said.

Regional bases, such as Wollongong and Orange – will operate 24/7 to deliver faster emergency care to the regions. 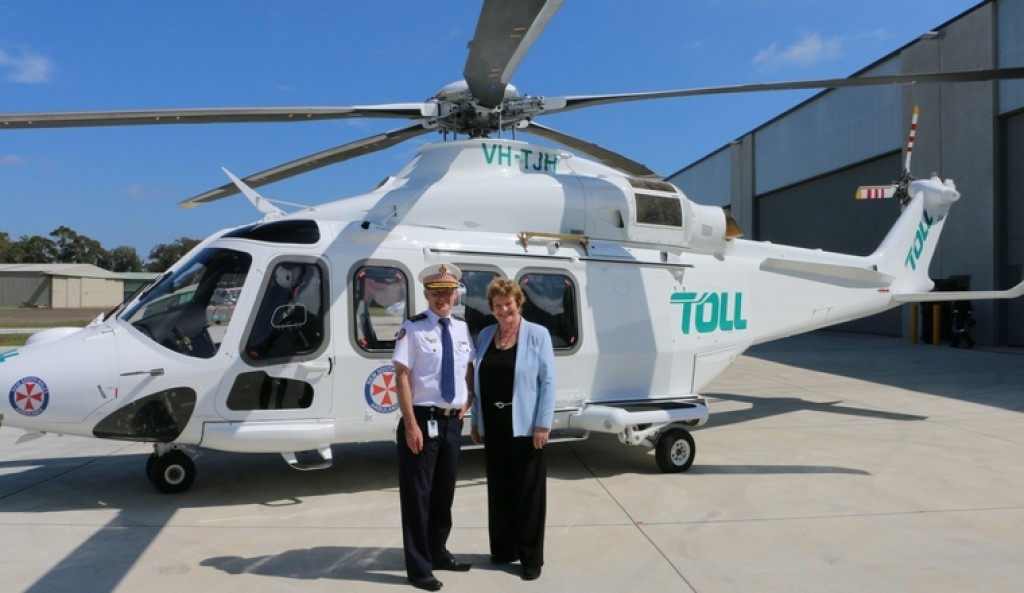 The Southern Zone is one of two aeromedical retrieval zones in NSW, covering Sydney-Bankstown, Wollongong, and Orange.

“Our aeromedical doctors and paramedics provide an exemplary service to patients in all corners of the state, completing around 3000 patient missions each year,” Mr Morgan said.

The Northern Zone, which includes bases in Newcastle, Tamworth, and Lismore is due to begin its contract later this year.