NRL greats in Moree tomorrow supporting Hogs for the Homeless

It’s a flying visit – they won’t be in town long – but a great opportunity for fans to catch up with some of the true greats of Australian rugby league and a chance to support a great cause.

IT all began in 2012, when Rugby League and NSW Blues legend Brad “Freddy” Fittler was told of the shocking statistic that there are almost 47,000 homeless under the age of 25 in Australia, a place  many refer to as the lucky country.

Wanting to help those less fortunate than himself, Fittler established Hogs For The Homeless with the simple aim of raising much needed funds and awareness for Father Chris Riley’s Youth off the Streets Program.

With the help of fellow Rugby League legends Nathan Hindmarsh and Ian Schubert, the trio first rode their Harley Davidsons around New South Wales in 2013, conducting coaching clinics with children across the state and hosting numerous fundraising events with local junior Rugby League Clubs and country people willing to help.

Since the first tour more than $400,000 has been raised for the charity and each year the tour continues to grow bigger and better.

The 2016 tour saw some new faces join the ride with former Balmain legends Steve Roach and Tim Brasher adding to the ever-growing list of Rugby League stars happy to pitch in and raise money for a worthwhile cause.

With plans already underway for the 2017 tour, New South Wales Rugby League is proud to support  Hogs For The Homeless. 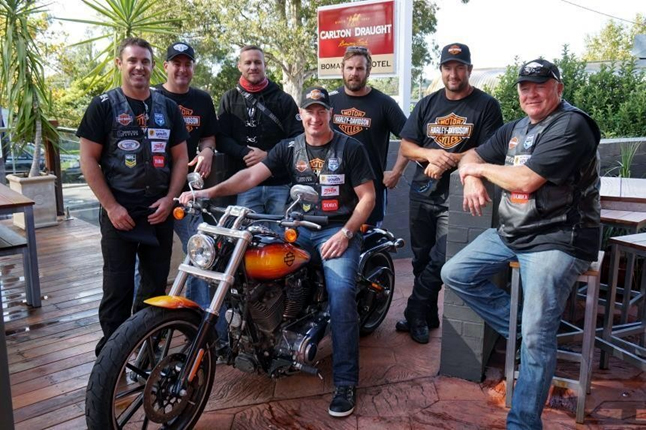 Youth off the Streets

Youth off the Streets is a non-denominational community organisation working for young people who  are homeless, drug dependent and recovering from abuse. It support‘s these young people as they  work towards turning their lives around and overcoming immense personal traumas such as neglect and physical, psychological and emotional abuse.

Since establishment in 1991, YOTS has grown from a single food van delivering meals to young  homeless people on the streets of Kings Cross to a major youth-specific agency offering full care  through the delivery of 25 wide ranging services.

These services include Indigenous programs, crisis accommodation, alcohol and other drug  services, counselling, accredited high schools, outreach and residential programs. Volunteer support is  critical at every step of the way.

Played 520 matches at the top level including 280 for Manly and 13 for Australia, scoring 253 tries in total.

Played more than 250 games for Newcastle Knights, scoring 73 tries, as well as scoring two tries from 24 games for Australia.

Played 10 years with Balmain Tigers, scoring 12 tries from 186 games. Represented NSW in 17 games and Australia in 19, scoring three tries for his country.