SO close but yet so far.

This is possibly the only way to describe Mick Cikota’s narrow defeat in the Moree Plains Shire local government election.

It was the narrowest of losses for a councillor that gave his all over the past four years to make Moree Plains Shire a better place.

“I would like to wish the new councillors all the best and also to everyone that put their hand up. It showed the community how really passionate they are about their shire,” Mr Cikota said.

“It was an honour to have served the people of Moree Plains and to have been part of a team that got so much done for Moree. This includes the Gateway, Moree Water Park and the Moree Bypass just to name a few.

“I just hope they continue down the path for the redevelopment of the Moree Memorial Hall so that it can bring in some major conferences and a possible cinema. 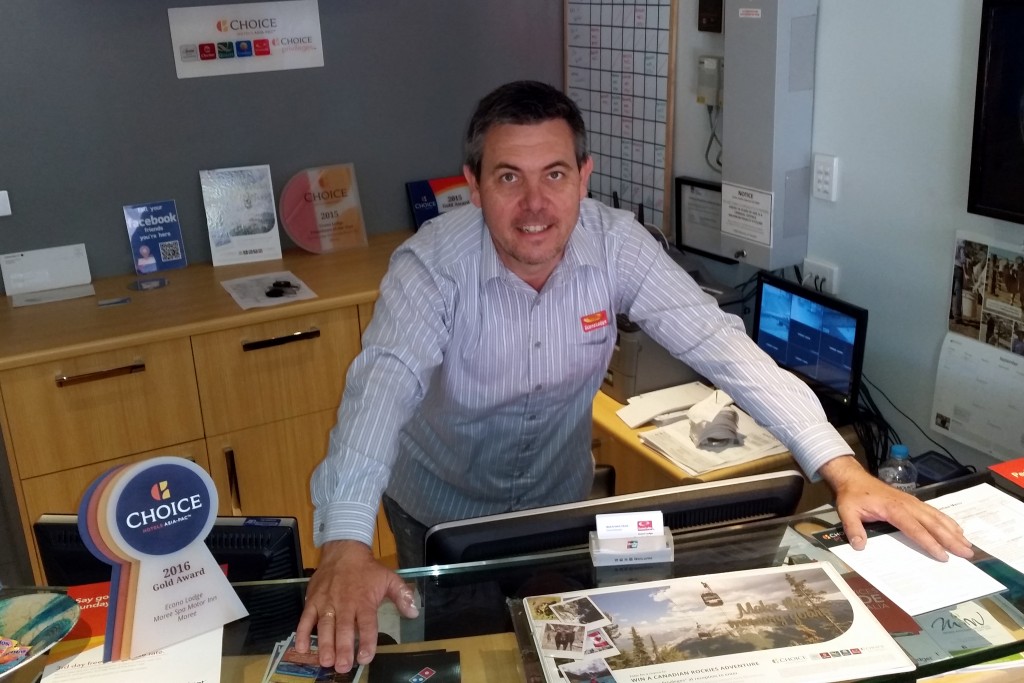 “A big thank-you also goes to my running partner, Katrina Humphries, for having the trust in me. Hopefully, she will continue as mayor,” he said.

Mr Cikota is one of 11 candidates who fought the good fight but lost.

Mr Munn congratulated all elected councillors however he is disappointed that he did not get the opportunity to continue his push for a new cinema complex in Moree.

“Like me, John Tramby is passionate about getting a new cinema but I fear he will be pushing this on his own as others I have spoken to think it is a waste of money, and that Moree doesn’t need one,” Mr Munn said.

“I say to those against it to listen to what the people want, not what they personally want.

“The cinema is a good project and is dependent on grant funding. It is a small cost with very little increase in yearly costs, but the return for Moree will be much greater,” he said.

Mrs Gall, who devoted more than 12 years to council, said she would now utilise her time doing more for the community.

“I feel happy with myself for putting in the hard yards and I feel, well, that’s the way it is; that’s democracy.

“It has been a big part of my life and in all honesty I feel I can do without the stress for a while, and there are lots of things I can still do for Moree, away from council.

“I can use the knowledge that I’ve gained, and I’m not sorry for one minute of the time I’ve put in,” she said.

“I’ve learnt so much over the years, and I think that helps to be a better community member, and I’ve still got a lot to give in other ways.”

Mrs Gall said having a new-look council, with quite a few new faces, can only produce positives for Moree.

“It will be a challenge with so many new faces because it will take a fair while for the new councillors to get up to speed,” Mrs Gall said.

“And I don’t think having new councillors will hurt, either. It means fresh ideas and fresh minds, and I wish them all the luck in the world.”

Ms Lang said she was not too disappointed with the result.

“I did my best, and enjoyed the election journey, meeting and talking to community members during the many hours spent pre-polling” Ms Lang said.

“It was a bloody long wait for results and I knew I was only a long shot but I felt good about running and will probably run again next time,” she said.

Ms Scully, who ran with successful candidate Greg Smith, said she was very excited by the newly-announced line-up.

“Every single one of them has a burning passion to make Moree a better place, and I can’t wait to see them put into action,” she said.

Mr Strang, who was striving to re-enter local politics after already serving on Moree Plains Shire Council for four years from 2008, said the new team would bring a “fresh perspective that will be good all round”.

“I offer my congratulations to all successful candidates and let’s get right behind them – they can only be as effective as the feedback they get from the community allows,” he said.

“I would be only kidding myself if I said I was not disappointed,” he said.

“To go so close after being in the top nine on primary votes, and then be defeated by preferences is the worst feeling – it is the preferences that have cost me a seat at the table.

“I gave this campaign everything and I thank the community for their support during the entire process and over the last 24 hours,” he said.

“My passion for this community will not be lost. I will continue to work hard with the many community groups that I am involved in and ensure that the people who have contacted me with issues are not forgotten, and I will also continue to lobby all tiers of government on these issues.

“I would never rule out another go in 2020 and urge other candidates to do the same,” Mr Crump said.

Mr Crump’s running mate, Moree solicitor Lucas Swan, was also in the hunt but missed – and like Mr Crump, plans to return in 2020 for another campaign.

“I feel very thankful for all the support I’ve received (during this campaign) and I certainly wish the new council all the best, especially the new councillors,” Mr Swan said.

“I believe that the returning councillors should acknowledge that people aren’t entirely happy or confident in the direction of the council and this sentiment can easily be inferred by the increase in community members throwing their hats in the ring to run for council.

“Rate rises are causing concern for many people and businesses and the excuse of poor investment and the effect of the global financial crisis can’t continue as the scapegoat some 10 years on,” he said.

“Crime is a real issue and simple infrastructure such as adequate lighting can help reduce this.

“We don’t need new sports ovals; we need new long-term employment, reduction of commercial and residential rates, and a targeted approach to drug and crime prevention.

“I’m thankful that my line of work allows me to have an active engagement in community matters and I look forward to helping this community therein.

“I will however be sure to be back in four years’ time,” Mr Swan said.