NORTHERN Tablelands MP Adam Marshall is backing a push from a Moree Aboriginal youth service to extend a ‘night rider’ bus service – helping kids stay off the streets and learn about their culture.

“Many young people in Moree have experienced hardship – and this unfortunately can lead them down the wrong path. By giving them more options late at night, we can break the cycle that all too often leads to crime,” Mr Marshall said. 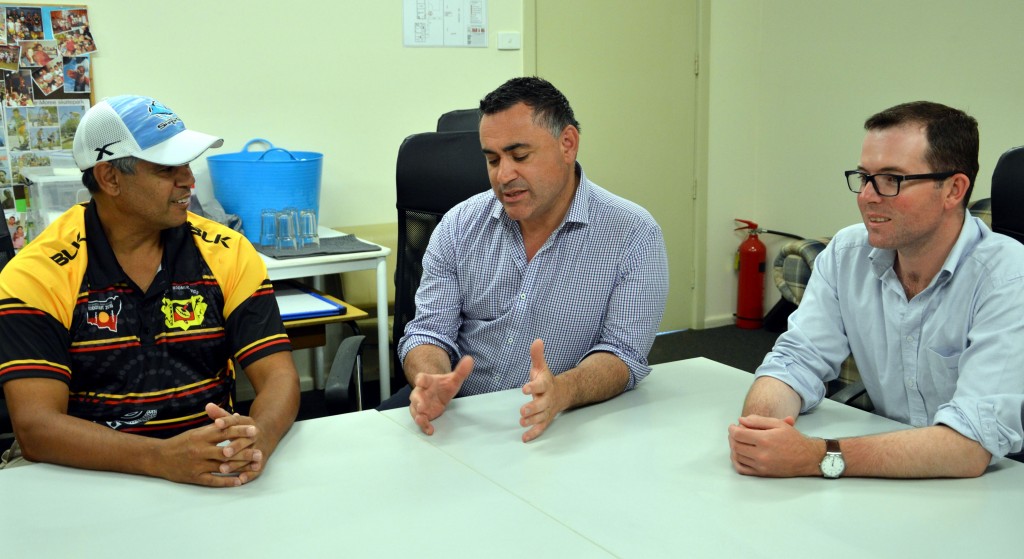 “Any project that supports the great work our police do, and ensures young people learn more about their culture is a fantastic use of time and money”

He hosted a meeting between the Nationals leader and Miyay Birray committee people, including CEO Darrel Smith, to outline the project ideals and plans.

Mr Marshall said the youth service was seeking about $40,000 to implement the Night Culture project and hoped a submission under a State Government community safety program would deliver the funding for it this year.

The ‘Street Beat’ bus currently provides transport on Thursday, Friday and Saturday nights, and has run for over a decade.

CEO Darrel Smith says additional funding would help extend the service to more than the 1,000 trips it currently provides each 6 months, as well as provide activities besides going home.

“In summer, it’s not getting dark until 8.45pm, and kids are coming out late. We’re closing at 12, simply because we can’t afford it. On the street, kids are at risk of getting into mischief and other social issues, so it’s important for the community to address the problem,” Mr Smith said.

“We have so many kids that we pick up with the service, and want to make sure it can be extended and carry on.”

Next post
Swans stars inspire the kids of Moree: Strive for bigger things