LOCAL State MP Adam Marshall has welcomed the roll-out of 28 new mobile tablet devices for frontline officers in the Northern Tablelands, which will simplify the process of issuing infringements and allowing officers mobile access to police systems.

Mr Marshall said the 13 new devices for the New England and 15 for the Barwon Police Commands would make a huge difference for local police.

“These devices simplify the process of issuing infringements and working cases, so officers don’t have to return to the station, meaning they spend more time out on the beat,” Mr Marshall said. 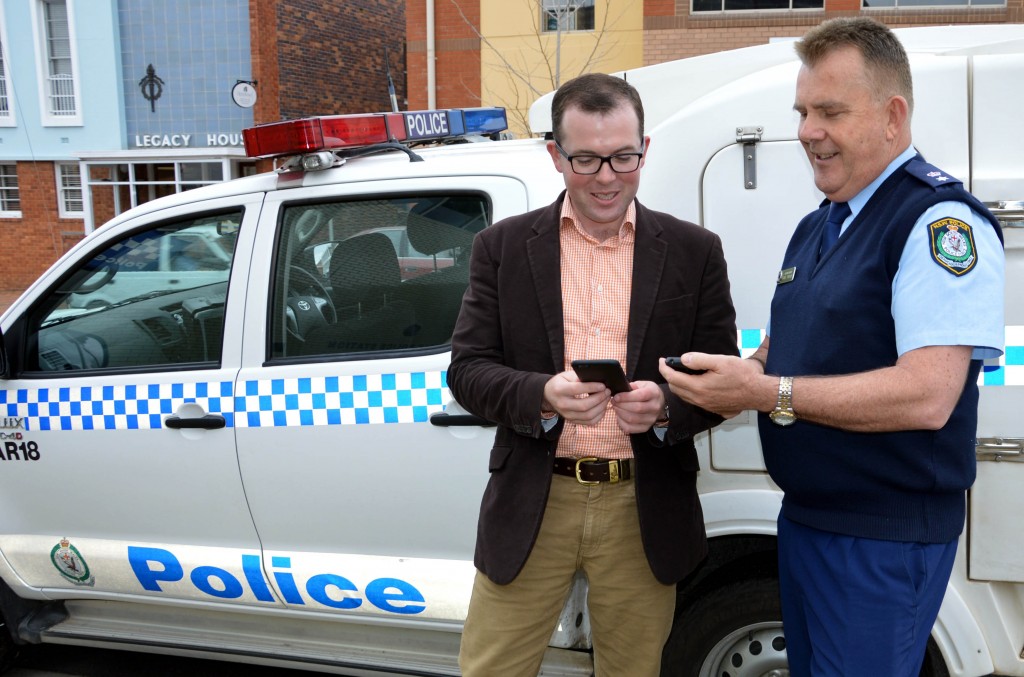 Northern Tablelands MP Adam Marshall gets a few pointers on how to use the new mobile devices from New England Area Police Commander Superintendent Fred Trench.

“It will be of particular benefit to officers in our region who currently travel long distances to return to their station to complete administrative tasks.

“The roll-out of these devices will mean increased flexibility and less paperwork for our frontline police.”

Mr Marshall said officers will be able to issue infringements electronically via email or mobile text message rather than having to return to their station.

“In addition the NSW Police database is being overhauled with funding allocated to modernise the computerised operational policing system (COPS),” he said.

“COPS is vital to the day to day operations of the force including logging criminal incidents, gathering intelligence and issuing infringements.”

The system is more than 20 years old and until 2011 was a text-only data entry and retrieval system. It is now moving to a web-based interface ‘WebCOPS’ which will improve usability.

“The new mobile devices being rolled out will be able to access webCOPS which will allow for more efficiency and synchronicity,” Mr Marshall said. “Officers in the field will have access to more operationally relevant information and it will eliminate the duplication of data entry.”

Already 900 devices from the Mobile Policing Program have been delivered to Local Area Commands across NSW as part of the NSW Government’s ‘Policing for Tomorrow’ fund and now another 1,300 will shortly be rolled out statewide.

In 2016-17, $36 million was allocated towards programs like this one as part of a $100 million commitment over four years.