The Police handler and his general-purpose police dog ‘Johno’ were officially introduced at Tamworth Police Station this morning.

Mr Marshall, who was at the station to offer his welcome said the team would be a welcome addition to the region and provide vital operational back up right across the New England and North West region.

“I welcome the permanent placement today of a general purpose dog squad and dog handler that will be able to be used by the Oxley, Barwon and New England police commands,” Mr Marshall said.

“This is a vast improvement on the previous situation whereby officers investigating various offences in all three commands who wished to access a dog unit, had to do so through Sydney or Coffs Harbour.

“Certainly in the case of the Barwon and New England commands, having our own dog squad is a massive boost. Getting a dog from Coffs Harbour which was very difficult given the demands placed on those dog units on the coast and in Sydney, as well as the distances needed to travel. 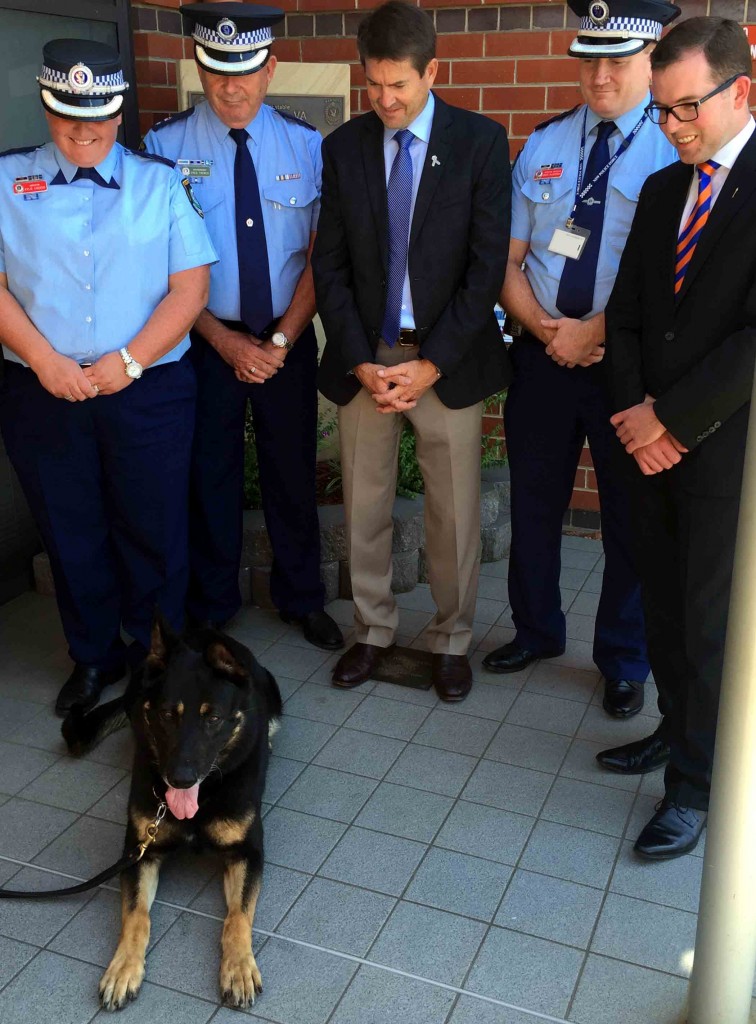 Mr Marshall said the effectiveness of the police dog team was strongly demonstrated in Armidale earlier this year.

“In the New England command’s case there was a classic example in February this year with a huge crime spree of local juvenile offenders and a dog unit had to be sourced from Coffs Harbour to help detectives catch those offenders,” the MP said.

“Having that facility now available within our own ranks will make access to that extra resource a whole lot easier, but they will also be able to call on that resource a lot more often.

“That is great news for the detectives, general duties police and crime fighting more generally across the region.

“It should also serve as a deterrent to those who wish to commit offenses.”

Mr Marshall also commended the Member for Tamworth, Kevin Anderson, for his tenacity in securing this additional crime fighting resource.

“I also wish to acknowledge my colleague Kevin Anderson who has been fighting very hard for this resource for our region,” Mr Marshall said.

“I pay tribute to Kevin’s tenacity on this issue and he should feel very proud that he has secured something, not only for his community, but for community’s right throughout the Barwon and New England commands covering the entire New England North West.

“This is a great day for policing in our regions as we add another resource on a permanent basis to keep communities safe and capture offenders when crime is committed.”

Next post
Young rural artists invited to apply for $10,000 scholarships