REGIONAL: The community has pulled on its reading glasses and dusted off its favourite books to mark the official opening of the new, purpose-built $520,000 Bingara Library at the town’s Civic Centre.

“Like the books and computers it now houses, this new state-of-the-art library really is a portal to another world,” Mr Marshall said.

“From a tiny, cramped old courthouse building, which shared space with other services, now the people of Bingara have their own dedicated library for the very first time – where they can relax, research and work.

“Decked out with comfy chairs, computers and wi-fi, council has done a great job designing this library to make it functional for its staff and accessible to the many older people who come through its doors.

“In particular children have loved the friendly reading space, which is equipped with beanbags and plenty of space for them to get comfy and dig into a good book.

“Having the library now attached to the Civic Centre will generate more foot traffic in the main part of town, which will also benefit the many great retail shops and cafes which are nearby.”

Mayor John Coulton said the building would provide the next generation of readers with a comfortable place to learn and expand their imaginations.

“On its first day operating we had 350 people come through the door to experience what the new library was like,” Cr Coulton said.

“Since then we have averaged between 80 to 100 people per day, including 28 children who take part in the regular after school homework, craft and Lego program. Because of the additional space, the library has been able to increase the number of kids who can participate in those educational initiatives. 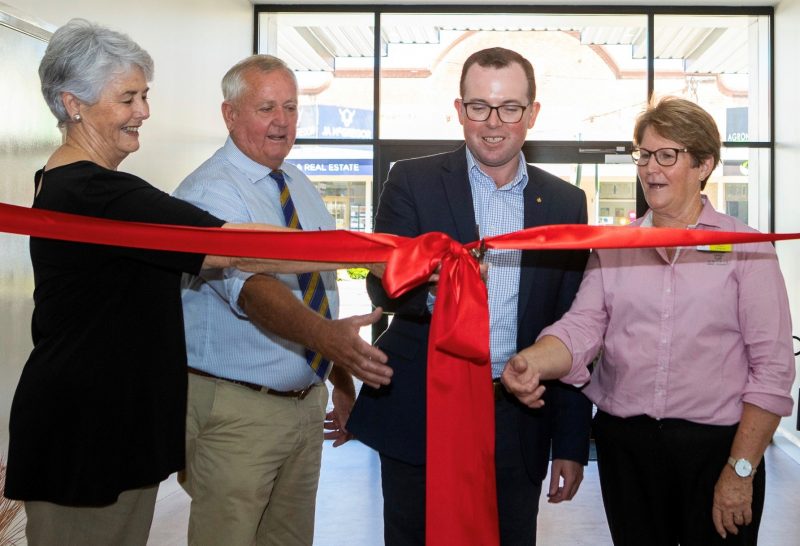 “To ensure as many people as possible can benefit from this great facility, the library’s opening hours have been extended from 9am to 1pm and 3.30pm to 5pm Monday to Friday. The library will also open its doors on every fourth Saturday, which coincides with the monthly Lions Markets.

“I want to thank Gwydir Shire Council’s Library Services Co-ordinator Gail Philpott for the smooth way in which she handled the relocation from the old building. Gail was aided by council’s drought casual staff who did a magnificent job ensuring that books, resources and furniture were relocated to their new home.

“I think libraries are essential public services which help improve liveability and connectivity for people who live in regional areas.

“I want to thank Adam for his great support of the Bingara library relocation and I’m glad he could be in here to open it with the community.”

The NSW Government provided $500,000 toward the new library.