Nearly 200 Essential Energy jobs on the line: Marshall calls on CEO John Cleland to be stood down

MEMBER for Northern Tablelands Adam Marshall has called for the CEO of Essential Energy to be stood down following the announcement nearly 200 jobs will be shed by the Government-owned company in drought-affected rural communities.

The company’s CEO John Cleland wrote to Mr Marshall to inform him 182 positions across the companies network would be shed by September 30, with  some of those going from depots across the New England and North West.

Outraged and disgusted, Mr Marshall labelled the decision reprehensible, demanding it be put on hold.

“I’m absolutely furious this cloak and dagger decision has been made without any consultation with communities or Members of Parliament, at a time when farming areas are being financially devastated by drought,” Mr Marshall said.

“Mr Cleland is an out-of-touch bureaucrat who clearly has no concept we are going through the worst drought in the state’s history and these 182 people have families, they live in our communities and cannot afford any job losses because everyone is hurting. 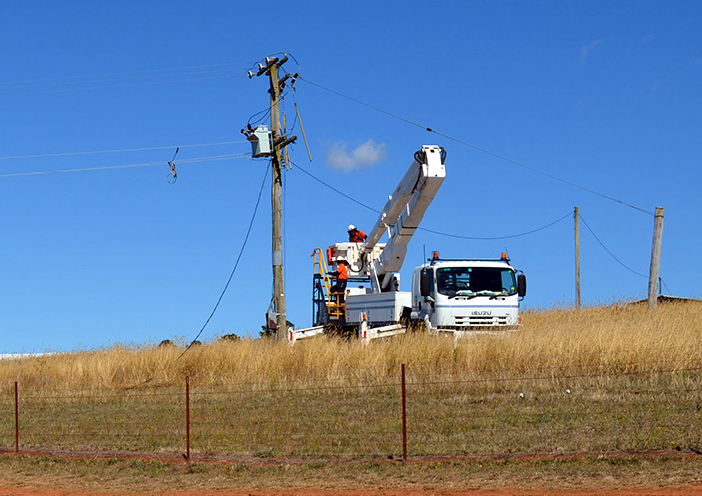 “He also doesn’t even realise, or seem to care, Premier Gladys Berejiklian has given the firm commitment there is to be no public sector job cuts throughout country NSW.

“This decision is offensive and insensitive to people in communities that are already copping a flogging due to the downturn caused by the drought and in my view there should only be one job lost at Essential Energy and that should be the CEO himself – Mr Cleland has to go,” he said.

Mr Marshall said he is seeking advice as to whether the job cuts can be stopped or put on hold.

“I was one of the MPs who stuck my neck out to keep Essential Energy in public hands, so decisions like this couldn’t be made,” Mr Marshall said.

“Essential Energy only has one share holder which is the NSW Government and I am looking into what powers it has to direct the company board not to continue with this decision immediately.

“We need people in the agency so that we can quickly respond when the lights go out in storms or we can conduct proper maintenance work on the lines to ensure the network is the very best.

“There is a time and place to have this discussion and it’s not now – it’s not in the middle of the worst drought we have ever experienced.”

Meanwhile, Minister for Better Regulation and Member for Tamworth Kevin Anderson said he is disappointed to hear about the planned job cuts.

“Essential Energy is an important part of our region’s workforce.

“Any forced job cuts are not acceptable and I will be seeking an immediate explanation on these troubling reports,” he said.

Deputy Premier and Minister for Regional NSW John Barilaro has called for an immediate halt to any decision by Essential Energy to carry out planned job cuts in the regions.

“Even though Essential Energy is a corporatised entity that reports to a board, I have been abundantly clear about the need for everyone to be doing their part and rallying around regional communities battling the worst drought on record,” he said.

“Essential Energy needs to be transparent about any planned decision around their regional workforce.

“I have summoned the CEO of Essential Energy to a meeting to explain this decision.

“I also expect Essential Energy to provide a briefing to all affected regional MPs about any forced job cuts,” he said.

Moree to celebrate NAIDOC Week with a raft of activities