MOREE trainer Peter Sinclair had four runners at three tracks on Saturday but it was left to his trainer son Nathan to put food on the family table over the weekend when Gilded Spirit won the 1200m Stewart’s Grain Trading BM-45 Handicap at Inverell.

Ironically, Sinclair Snr was at Inverell overseeing Gilded Spirit and stablemates Real Blonde and Zoffany Miss while Nathan was in Brisbane tending to his dad’s stable star, Free Billy.

Track Flash, under the guidance of John Brown, was in Toowoomba where he came from second-last just before the home turn in the 1300m class 2 handicap to wind up third – beaten just half-a-length – behind Jessie’s Boy and Our Rock O’Reilly. 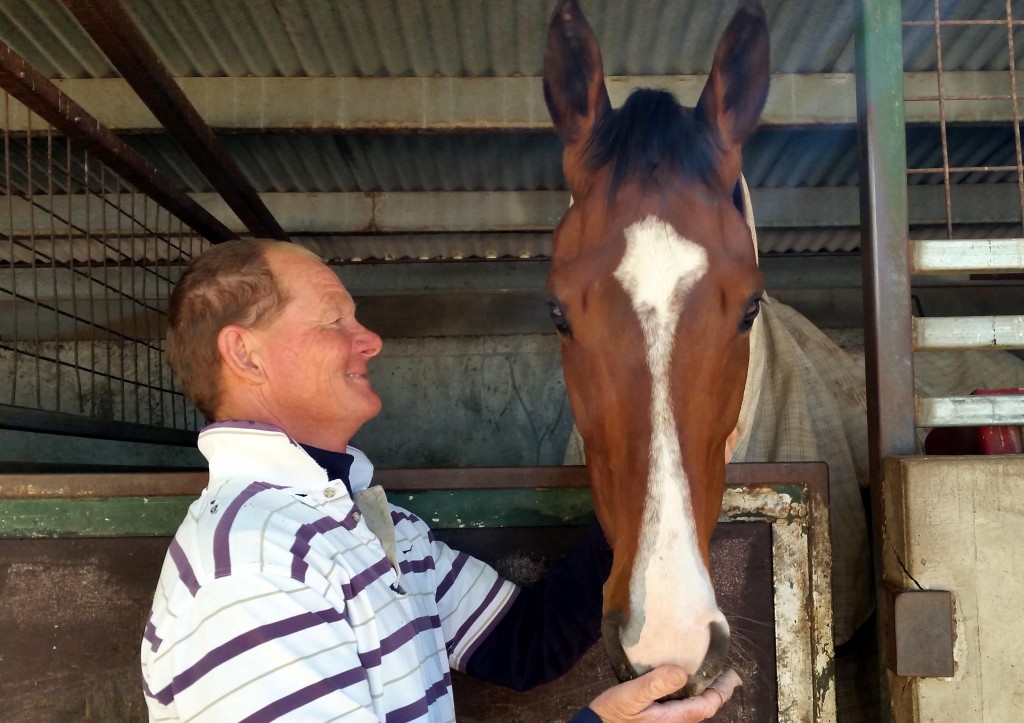 Gilded Spirit (4-1), a runaway winner at Mallawa during the Golden Triangle picnic racing carnival, raced away under the hands of Shane Arnold to win by one-and-a-half lengths from Cover Up (11-1) and Caravel (7-1).

“It was a good win but a bit of a surprise as well,” Nathan said.

“He had good form around Track Flash at Talmoi and his run at Moree when sixth behind the same horse was very good – he only knocked up the last 100m.”

Gilded Spirit will now head to Talwood next Saturday for a 1400m class B handicap before stepping up to 1600m at the Moree Cup meeting on Fathers’ Day.

“The plan is to see how far distance-wise we can get him to,” Nathan said.

While Gilded Spirit jog-trotted to win easily at Inverell, a Moree Cup start is up in the air for Free Billy after the gelding finished second-last in the 1400m Spring Racing Carnival Handicap at Eagle Farm.

“We’ll give him a week to get over the run and assess him then, but at this stage a start in the Moree Cup is up in the air.

“We have to keep the best interests of the horse in mind. I’d love to win a hometown cup, of course, but not at the risk of ruining a good horse like Free Billy,” he said.

The mare had previously led throughout to win the 1000m Talmoi Bracelet by a nose before jumping to 1400m at Goondiwindi and winning easily.

Payne said that while Victory Lass won well, it was apprentice Gemma Steele’s gem of a ride that won the race.

“Victory Lass is going great at the moment but it was Gemma’s ride that won the race,” Payne said.

“She went to the front – it was a smart ride – and stacked them up before kicking again just before the turn.

“The mare has done everything we’ve asked of her so far and I’m not sure where we’ll head to next – there isn’t much coming up at the moment,” he said.

“I do know that while mares are going good it doesn’t pay to spell them, but I would like to give her a bit of a freshen-up so we can have a bit of fun with her at Christmas time (at Inverell over the carnival),” he said.