NATHAN Sinclair outshone his father Peter on Saturday when Gilded Spirit and Our Boy Danny gave him wins on either side of the NSW-Queensland border – the young Moree trainer’s first interstate double.

And about 40 minutes later, over the border at Talwood, 6-1 chance Our Boy Danny saluted in the 1200m open handicap.

Nathan also went within a whisker of landing a treble after Trust No One was beaten a short-head in the 1000m BM-50 handicap, also at Talwood.

“A win in that would’ve made it an even better day,” Nathan grinned.

It was a red-letter day for the trainer who has only three horses in work – about 10 less than his famous father, whose most recent interstate double was in June last year when Free Billy won at Toowoomba and Montague Clan and Track Flash both saluted at Mallawa. 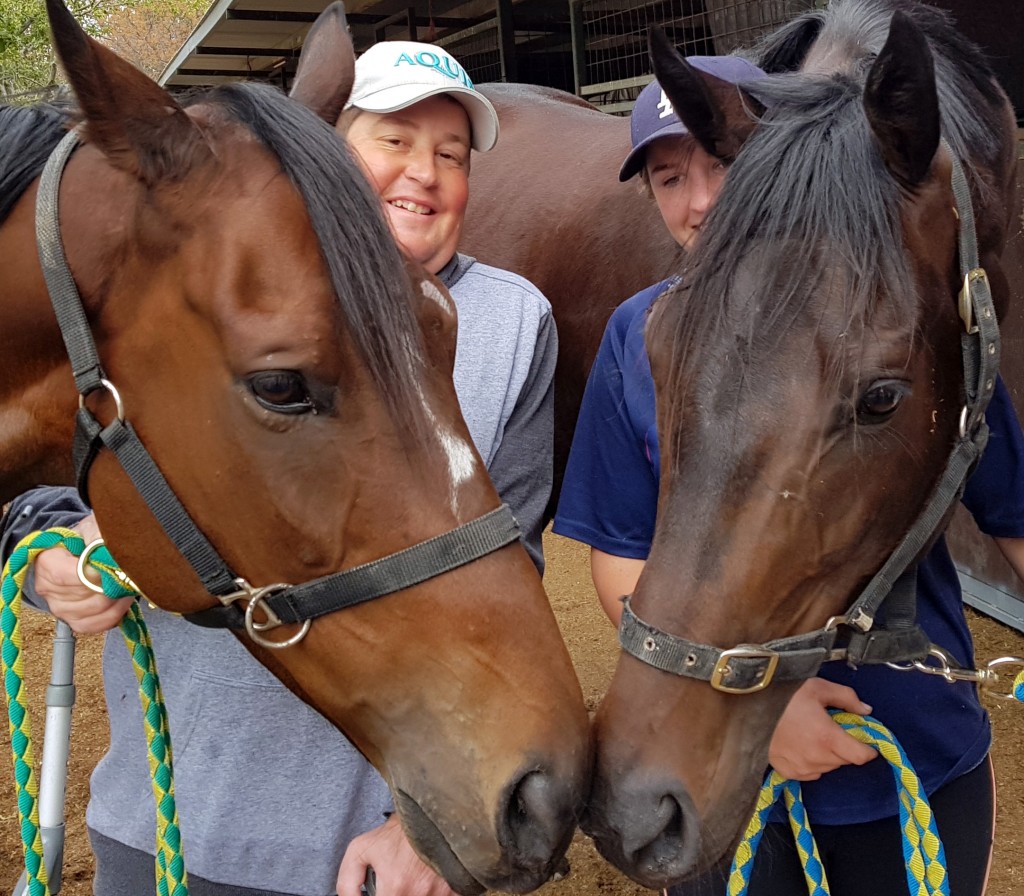 “I might just transfer all of my horses over to Nathan,” Peter quipped.

Gilded Spirit, a winner at Mallawa, Inverell and Talwood last year, was aided by a perfect Leanne Henry ride.

After jumping from barrier 10, Henry had Gilded Spirit travelling sweetly in fourth spot behind the speed before angling for a run at the top of the short Gilgandra straight.

Once given full rein, Gilded Spirit raced clear to score by more than a length from Mark Milton’s Venus Amoris (5-1) with Bruce Parker’s Star of Zizou (11-1) a long-neck away third.

“It was a great ride. Leanne had the horse in the right spot and got him going at just the right time,” Nathan said.

“Once he got out and got going, he came away from them.”

Over the border at Talwood, Our Boy Danny held on to beat Sheree McEwen’s bush champ More of the Zaim (9-4 fav) by three-parts of a length, with Geoff Schrader’s Gud Onya (3-1) one-and-a-half lengths away third.

The gelding, winner of the Talmoi Cup back in June, was ridden by Melody O’Brien.

“It was a good ride as well – Melody rode him perfectly,” Nathan said.

“The plan was to sit just off the speed because we knew that they would all go forward over the 1200m trip.

“He jumped really well – as he does always – and was sitting second for most of the way. Coming around the turn he got a run on the inside and kicked away,” he said.

Nathan is unsure which way his team will head next start.

“I haven’t decided yet with Our Boy Danny,” he said.

“He’ll go to either Goondiwindi or Collarenebri – they’re on the same day – and I haven’t made up my mind yet either for Gilded Spirit.

“There’s a race at Tamworth next week that will suit him, so we could head there,” Nathan said.