MOREE trainer Peter Sinclair chases his 11th Boolooroo Cup in 23 years – and sixth in succession – at the Moree picnic races today, but it could be his son Nathan that spoils the party at round one of bush racing’s Golden Triangle.

Nathan starts stable newcomer Our Boy Danny in the 1400m B&W Rural-sponsored feature while Peter saddles up backmarker Track Flash, with both runners spearheading what could be a huge day for the Sinclair family.

A win with Our Boy Danny will also be sweet revenge for Nathan, after his grand old campaigner Playa chased home his old man’s Tapakeg in the 2014 Boolooroo Cup. 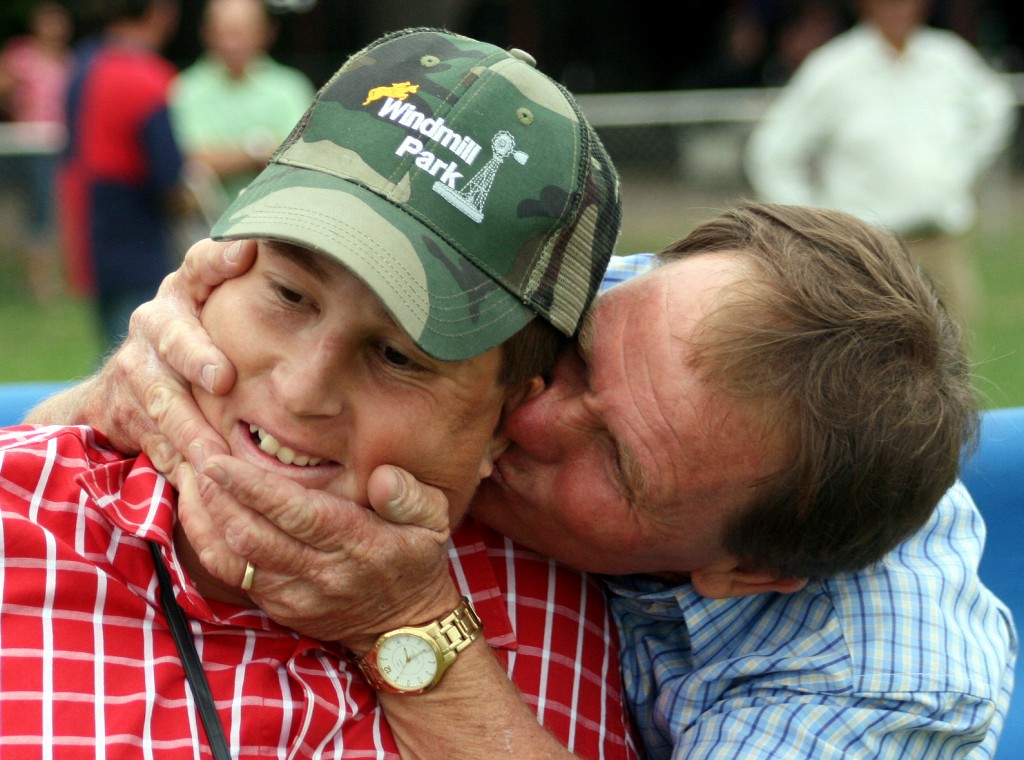 Tapakeg went on the claim all three cups on the Golden Triangle that year, becoming only the third horse to achieve the feat in the same season after Mulgate in 1961 and Gefilte in 1988.

Our Boy Danny, with 2kg-claiming apprentice Shannon Fogg on board, today carries 60kg – three-kilos less than Track Flash – and Nathan hopes the weight relief will make the difference.

“His two runs for me at Binnaway and Coonamble (fourth both times) were very good,” Nathan said.

“He’s an on-pace horse so he should be up leading or near the lead and the 2kg-claim will help a lot.

“Also, both races were just a little bit too short for him so the step up to 1400m will suit – he’s won three races over that distance,” he said.

Track Flash, with Ricky Blewitt in the saddle today, made a clean sweep of last year’s Golden Triangle carnival, winning restricted races at all three legs at Moree, Mallawa and Talmoi.

The gelding then returned to the professional circuit with an incredible win at Moree last July against strong TAB company, sweeping around the field from near-last on the corner to win easing down by three-parts-of-a-length.

It was a performance that prompted some pundits to boldly suggest that this year’s Moree Gold Cup on Fathers’ Day could be on the radar however Track Flash has remained winless this preparation – a glitch not lost on Peter Sinclair.

“He’s been a little disappointing but there were excuses for his last couple of runs, especially at Coonamble – it was a leader’s track all day,” he said.

Nathan’s sole win in the race was with Trust Me Honey in 2009.

Sinclair is aiming for his fifth Moree Bracelet in seven years after saluting with Crystal Club in 2011, Booked Out (2013 and 2015) and Cool Rules last year.

“Real Blonde has been going all right, but Victory Lass will be hard to beat I think,” Sinclair said.

Today’s track is rated a Soft 7 after rain earlier in the week however this is expected to be upgraded later in the day.

Race-goers can expect a perfect autumn day, with plenty of sunshine, a top of 24 degrees, and light breezes from the north-east. There is some overnight rain forecast for the area.