Lodge Courallie is calling on trivia buffs to form tables of eight for the March 18 fundraiser, a night where eye-patches, parrots and pirate costumes are optional extras for aspiring buccaneers.

The cost is just $200 per table ($25 per person) and Lodge Courallie’s Wayne Hamilton said the aim was to at least equal money raised at last year’s inaugural trivia night.

“Last year’s event was quite successful, especially with the help of Masonic Care which contributed dollar-for-dollar the money we raised on the night,” Mr Hamilton said.

“Because of this we were able donate $6800 to the Westpac Rescue Helicopter Service. 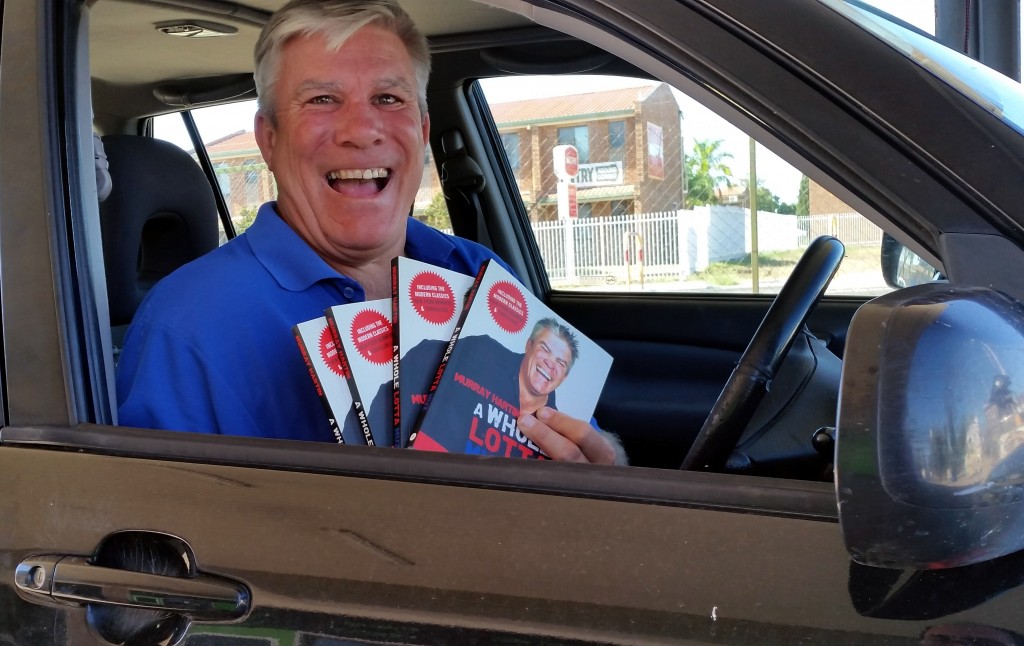 “We are aiming at doing something very similar this year, if not raise a little bit more, for Gwydir Industries,” he said.

Moree Masons have been quiet fundraising achievers in recent years, and Mr Hamilton hopes to make the public more aware of the organisation’s goals and successes before his term as Lodge Courallie’s Worshipful Master is completed later this year.

Mr Hamilton has been two years at the helm of what has often been wrongly labelled a “secret society”.

“Masons have always had this air of secrecy about them and, to be fair, in the past Masons did pretty much what we’re doing now, except they didn’t make it public,” Mr Hamilton said.

“They quietly raised money and then quietly gave it to whatever charity they were raising it for.

“My aim is to make it a bit more public and have our name out there. One thing I really wanted to do was to raise money for local charities that benefit the greater community.

“It’s a bit like any other organisation; whoever is steering it at the time has certain agendas they would like to achieve and a couple that I wanted to achieve while I was at the head was to get the Masons out  in the public a bit more and to raise money for local organisations like Gwydir Industries.

“We are actually looking at having an open night where members of the public can come along and find out what we’re about. At this stage the plan is to host it when we do our Anzac meeting on April 18,” Mr Hamilton said.

And with a 35-strong membership at present, Mr Hamilton is confident Lodge Courallie’s goals will be realised.

Already this year $500 has been donated to Moree Hospital maternity unit, money that will help refurbish the birthing room en suite. 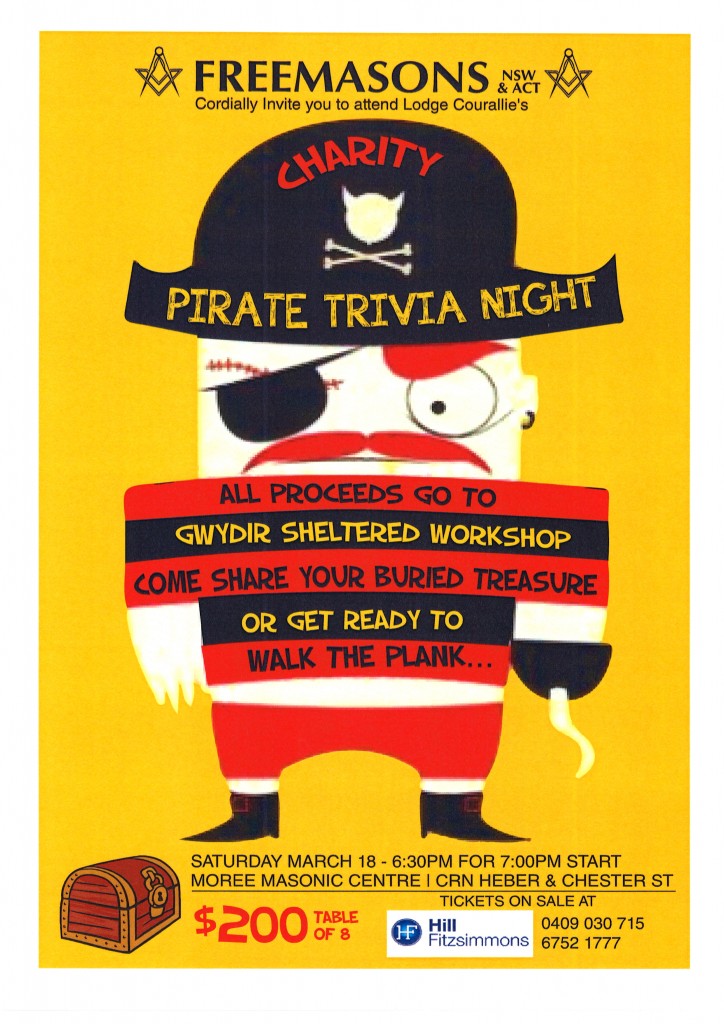 The Moree Masonic Centre was used as a “studio” for months on end, with everyone involved given “access all areas” passes.

“Lodge Courallie is proud that we were able to provide the hall for the creation of this painting and also somewhere for it to be stored,” Mr Hamilton said.

“We worked out that the entire process took these artists about 20 months, except for a period of one or two months when the hall was being renovated or when it was booked by other parties.”

Meanwhile, Mr Hamilton is calling on trivia buffs for the March 18 pirate-themed night at the Moree Masonic Centre.

“We are really looking forward to our trivia night. Murray Hartin will be the compere, so there is sure to be plenty of laughs,” he said

MOREE Plains Shire Council is continuing inspections, risk assessment and maintenance of the sewer manholes throughout Moree to assess the condition of these assets. Click link for full story: http://deluxecafemoree.com.au/council-assessing-sewer-conditions/

AN almost $5 million project to drought-proof the small northern NSW communities of Boggabilla and Toomelah will soon get underway after a Coffs Harbour-based company was awarded the contract to construct a new large bi-directional water pipeline, pump station and inlet infrastructure.

MOREE businesses have joined as one to support Anna Winter, who plans to put Moree on the map as a contestant on Network Ten’s Biggest Loser: Transformed.

Moree students get a career head-start in 2017

MOREE Plains Shire Council offers a number of fantastic career opportunities for youth – and beyond – with school-based traineeships and apprenticeships and has this week welcomed three new recruits to the ranks. Click link for details: http://deluxecafemoree.com.au/moree-students-get-a-career-head-start-in-2017/