A temporary supermarket opened its doors to the public at Mungindi on Monday.

The store, set up in the town’s RSL Club building, aims to restore a sense of normality to the town, enabling residents to shop locally for groceries following the devastating fires which claimed three essential stores in the main street two weeks ago.

Moree Plains Shire Council’s general manager Lester Rodgers says the community has been overawed by the support of individuals and community groups from far and wide, sending gifts and donations to help Mungindi get back on its feet.

“The gifts of groceries and hampers from community groups within our LGA, surrounding community areas and far distant rural cousins in areas of New South Wales and Queensland have been kindly accepted and appreciated over the two weeks while the grocery store has not been available,” Mr Rodgers said.

“Now that Mungindi’s supermarket has resumed trading (albeit in a new temporary home), a full range of grocery items can now be purchased locally which has always been the goal.” 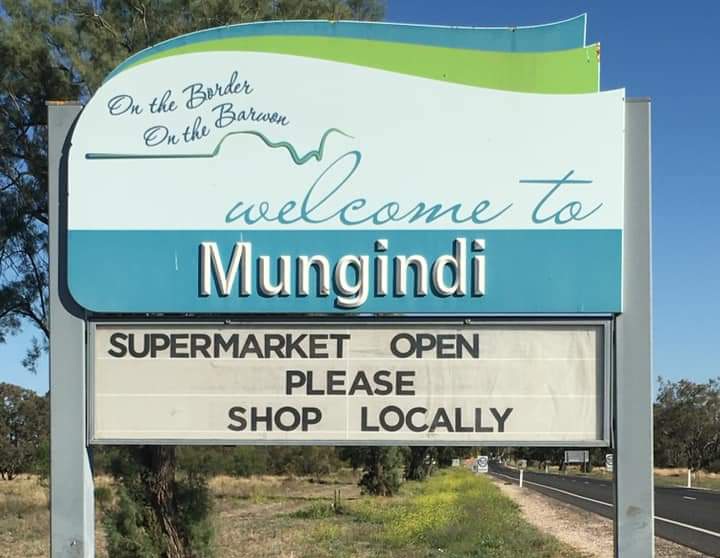 Mungindi Progress Association president Anna Harrison credited the many Mungindi locals who worked tirelessly to have the temporary store established as soon as possible.

“The three stores that perished were fundamental to life in Mungindi, they served a purpose of convenience for residents, created jobs and stimulated our local economy,” Mrs Harrison said.

“Over the past two weeks as residents have been sourcing groceries, meat and clothing out of town other forms of business have followed; this is evident as other local businesses in Mungindi like the chemist, hardware store and shops alike have reported a decrease in sales since the fire. 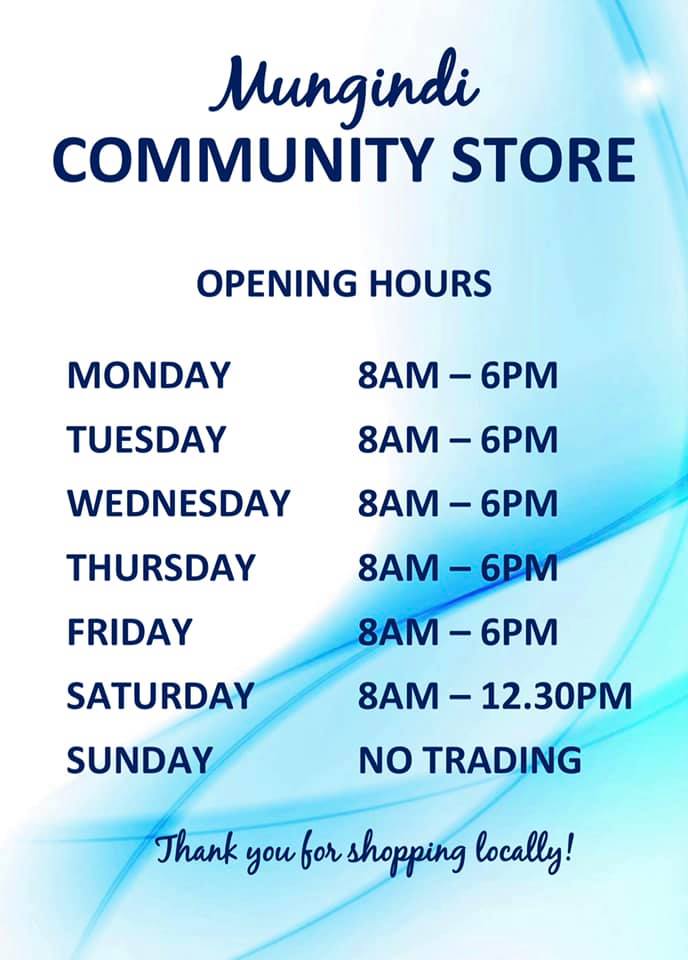 “Now that the new temporary store has been established and a sense of normality has been restored, it has never been more important for residents to return to their usual local shopping habits and support the temporary store and other local businesses in Mungindi.

“We have been so grateful for the outpouring of support received over a tough few weeks and the best way to continue to support the stores yet to resurface from the fire is by donating to the Mungindi Progress Association’s fire appeal, available through GoFundMe.

“To encourage local shopping and thank our community members for their hard work, we are holding a gold coin donation sausage sizzle this Saturday morning in the RSL front garden, everyone is welcome,” she said.

Following the fires a fortnight ago, the State Government provided $100,000 of emergency funding to Moree Plains Shire Council and Mungindi Progress Association, which has been put towards fitting out the RSL Club building and stocking the shelves of the new pop-up store.

A large number of man hours were volunteered by community members to get the store up and running.

Community members have been seen daily at the RSL Club building cleaning the facility, installing shelving and stocking items.

Following the opening of the temporary store, Moree Plains Shire Council is now focused on cleaning up the rubble from the fire and working with store owners directly affected.

People wanting to support the perished stores are welcome to donate to the Mungindi Progress Association’s GoFundMe fundraiser at https://au.gofundme.com/f/mungindi-fire-appeal.