And McLean should know what he’s talking about – he guided Moree High School’s open-weight rugby league team to a history-defining win in the University Shield grand-final 42 years ago.

The MSC Goannas, under the guidance of coaches Jason Auld and Anthony Robinson, as well as support staff Michael Davison, Peter Duncan and Stephen Lott, put together a series of wins that was eerily reminiscent of the heady days of junior league in Moree during the 1970s.

The Goannas won three from three at Narrabri to kick-start the season before beating Farrar, Oxley and Peel in the regional finals at Tamworth.

Wins against Orara, Kingscliff and St Edwards in the semi-finals at Coffs Harbour were then crowned with a narrow 32-28 grand-final win against Wagga’s Kildare Catholic College.

McLean, now retired at Warners Bay with his wife Jan, said the Goannas’ extraordinary effort and their coaching staff are “to be commended”.

“In 1973 the Moree High team ‘played the game’ – the school motto back then – and we always felt we had nothing to lose by doing our best and doing our town proud,” McLean said.

“My advice to this young team, for what it may be worth, is to continue doing what they are already doing so well.” 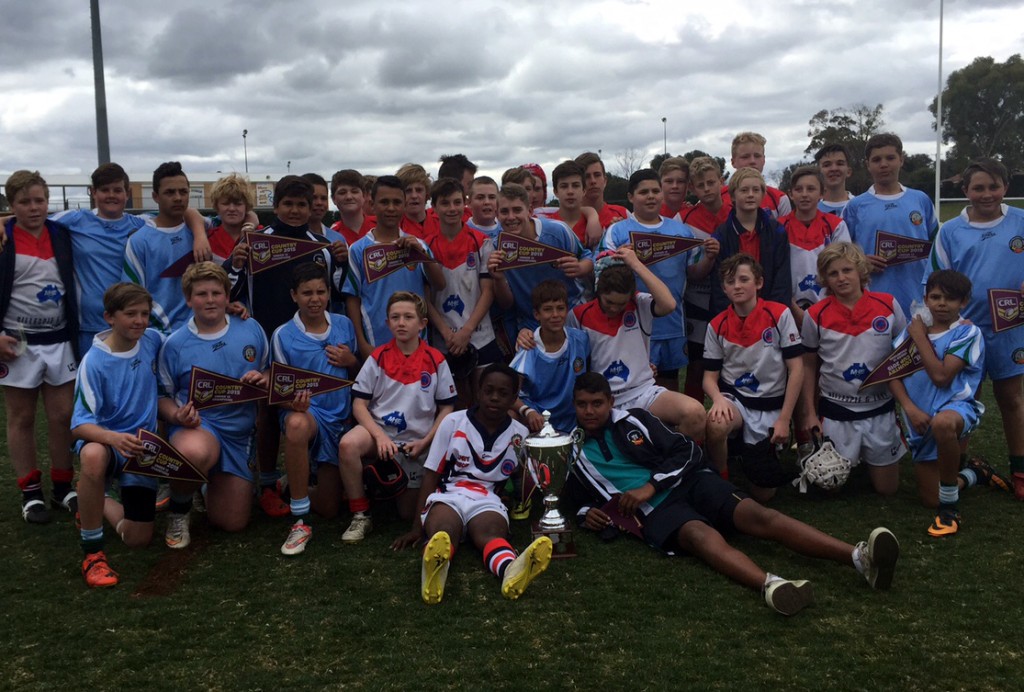 Mateship: Moree Secondary College’s The Goannas celebrate with opponents Kildare Catholic College after their 32-28 win against the Wagga side in the Country Cup State Final at Dubbo earlier this month (image supplied).

McLean, speaking from New Zealand where his granddaughter Cassidy – the daughter of 1973 Moree Uni Shield team mascot, Martin McLean – is representing Australia in basketball, said town backing is an important element of any team’s success.

“I sincerely wish the Goannas all the very best for the future and the most important thing they need to recognise is that raw talent is not enough – teamwork and team support from their town will realise their dreams,” he said.

Quinn, who played first-grade league with Penrith Panthers for five years as well as CRL club Lakes United, watched from the sidelines at Dubbo before presenting the trophy to his old school.

“The game was quite exciting, given that they won in golden-point,” Quinn said.

“The boys played very well. They got behind for a while but stuck to their guns and put their heads down and came back.

“And that’s what they’ve got to do when it gets a bit tough – just keep pushing forward, keep their heads down, and keep playing the game,” he said.

Coach and league program director Jason Auld says a 2018 University Shield campaign is very much on the table.

“We’ve worked together as a team to win the state title, and I’ve told the boys that if we keep doing it we can win the Buckley Shield next year,” Auld said.

“If we can keep them together as a squad, and probably add a little bit more as we go along, when they’re 16 and 17 years of age we reckon we can at least make the quarter-finals in the University Shield.

“Already, three of our forwards are being ‘tracked’ by NRL clubs to see how they develop and where they will be when they’re 15- and 16-year-olds,” he said. 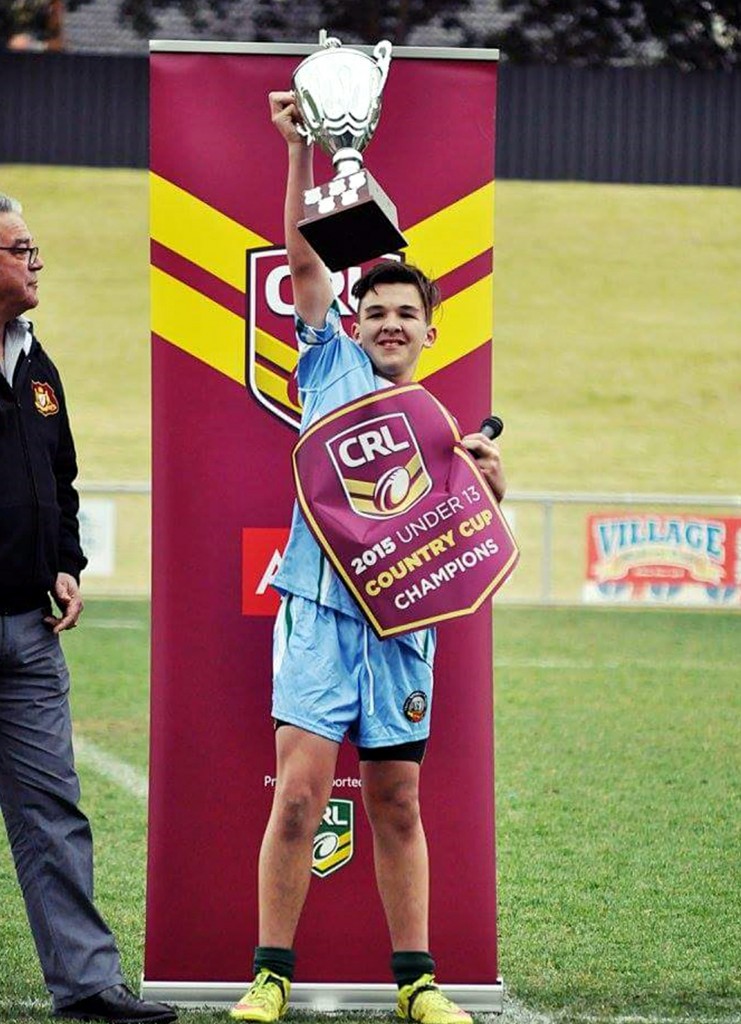 The team’s success is a direct result of the school’s inspirational program, designed to instil confidence, increase school attendance and improve classroom behaviour and learning skills.

“We’ve had the program at the school for the last couple of years but this year we made a really concentrated effort to focus on attendance – getting the boys to school every day and getting them to training every week,” Auld said.

“It helps the kids to develop their confidence through playing footy and it also gives them more confidence in the classroom.

“They are now putting their hands up and asking questions and getting work done; they’re taking opportunities instead of standing back,” he said.

And the results are there, with the attendance rate for kids involved in the program now sitting at around 85 percent. 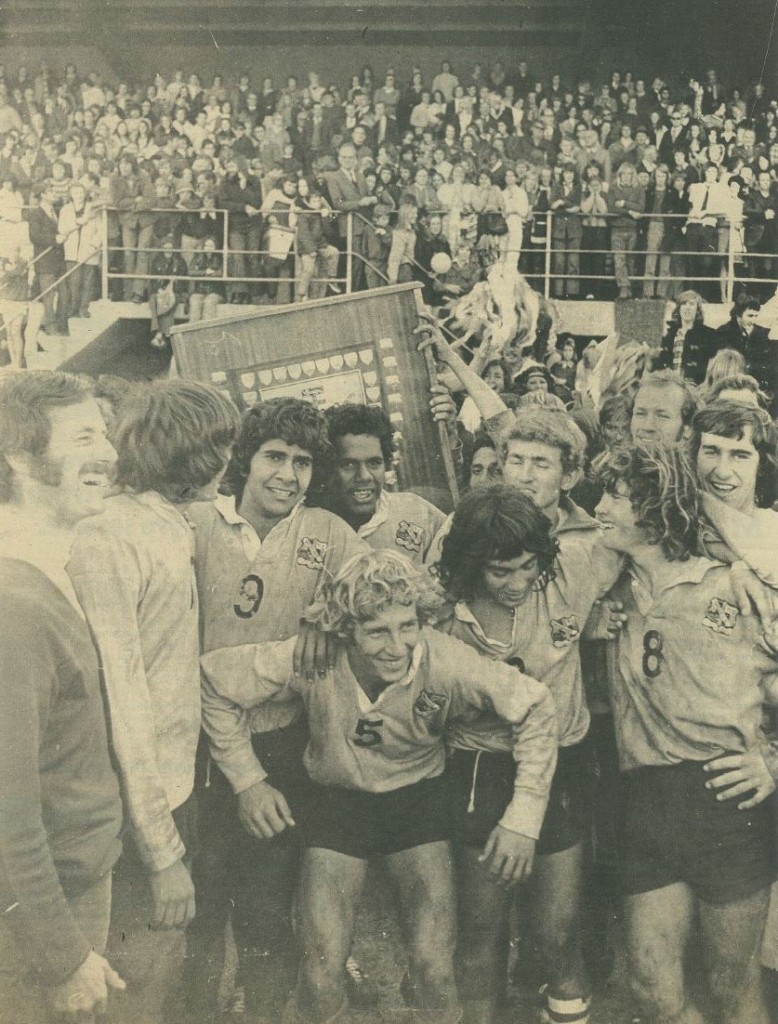 “That’s what we’re trying to do – get the kids to come to school and get them to get their attitudes right. Winning the state final just shows what can happen when they show up for school and show up for training,” Auld said.

The Goannas are now the best country rugby league side in NSW for their age group, winning a competition that had more than 100 schools entered.

“This is a big thing for the school – it’s huge,” Auld said.

“It’s a massive achievement for the boys, and it’s really good to show the community what we are doing with our league program,” he said.

Auld is now very much part of the Moree Secondary College campus, and he plans to stick around for quite a few more years to help take the school’s junior league ranks as far as they dare to venture.

“I want to see this through so the boys can develop as footballers over the next few years and see just how far we can take it,” he said.

“We certainly have the talent to do something big, and a lot of the schools that we’ve played against so far, especially at Coffs Harbour, are very good footballing schools – the types of schools that will challenge us at University Shield level in a few years’ time.

“But to get a win over them this season shows that it’s possible for us to be very competitive against them at that level,” he said.

Next post
New youth program an opportunity for training providers