The new meeting, which also features a charity dinner on race-day eve, brings to a close the time-honoured Moree Cotton Cup charity meeting, which raised hundreds of thousands of dollars during its 23-year history.

Club secretary Michelle Gobbert said the February 21 meeting will retain its twilight status and continue to raise funds for local charities and organisations.

“This year we have re-branded our Cotton Cup race meeting to reflect the recently established partnership between the Moree Race Club and the Westpac Rescue Helicopter Service,” Gobbert said.

“The club is proud to present the Pacific National Moree Chopper Cup charity twilight race-day to support not only the Westpac Rescue Helicopter Service but other local charities, as has been the practice in the past.

“The race club considers this as a very important service to Moree, and hopes everyone can be a part of our big weekend of racing and entertainment, either as a sponsor or as a patron at either the dinner or race-day – or both.

“There will be great items on offer at the auction the night before the meeting, and Relish Catering from Narrabri will provide dinner,” Gobbert said.

The race-eve dinner and charity auction will feature AFL legend Sam Kekovich, who began his career in 1968 with VFL club North Melbourne before moving on to a colourful media career.

During an on-field career spanning nine years Kekovich played more than 100 games with The Kangaroos and was instrumental in North Melbourne’s first premiership win in 1975. 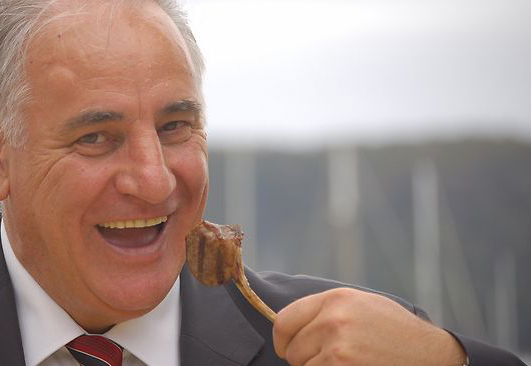 The sometimes controversial personality is also well-known for his deadpan rants on ABC Television’s The Fat and Melbourne radio station, 3AK.

The MRC had staged annual Cotton Cups in the 1970s and 1980s, but in 1992 the meeting evolved as a fundraiser for local charities and vital services such as regional SES branches and bush fire brigades.

In the early 1990s the Cotton Cup was co-branded with the Moree Cup – then held in August – but in 1995 was given its own identity and programmed earlier in the year.

It reverted back to August in 1999 when Toowoomba galloper Amorist saluted, before returning to its traditional February date.

The charity concept was the brainchild of former MRC committeeman Neil Sowerby and over the years the meeting drew thousands of spectators as well as thousands of dollars in sponsorship and donations.

At its peak the Cotton Cup, sponsored in recent years by Fred Monckton Bearing Centre, was the biggest social event on the Moree turf calendar and, apart from attracting huge crowds, also attracted plenty of good horses.

Bush freak Tiny’s Finito carried 59.5kg to win the 1991 Moree Cotton Cup while another bush champ, Akwazoff, saluted in 1998 with a back-breaking 63.5kg.

Nominations close at 11am on Monday, February 16.