The Tamworth trainer has won 11 races since October 28 last year, and the run continued when Armidale hoop Geoff Snowden guided the recent Glen Innes Cup place-getter to a soft win.

“The Glen Innes Cup form is always pretty strong, and stepping back to this grade helped the horse a lot,” Morgan said.

Morgan, a former top jockey before increasing weight took its toll, has been in rare form in recent months.

Excitable, the horse that started Morgan’s roll back in October, also collected back-to-back wins at Armidale and Tamworth.

Medal Afrique, a striking grey seven-year-old formerly trained at Inverell by Todd Payne, has been with Morgan for just one preparation, winning three races from just a handful of starts.

“I do a lot of breaking in for this horse’s owner, Mark Taylor,” Morgan said.

“Todd (Payne) did a really good job with him his first few preparations. I haven’t really done anything different with the old horse but the change of scenery seems to have helped a lot.

“He’s only had six or seven starts for us for three wins – Armidale, Moree and now Bingara – and was also third in the Glen Innes Cup.

“He’s a good old bush horse for these non-TAB bush cup races and you wouldn’t find an easier horse to do anything with – he’s pretty hassle-free,” Morgan said.

Snowden parked Medal Afrique (2-1 equal favourite) behind early leader Victory Lass – winner of the Bush Battlers’ Cup at Inverell on New Year’s Day – before making his run as the field approached the notorious Bingara hill at the turn out of the back straight.

“We scratched him a couple of times when he drew bad alleys, but today he drew barrier two and ‘Snowy’ rode him a treat,” Morgan said.

“He sat on the fence and popped him off around the leader at just the right time. Geoff’s an old freak around these areas and does a good job, that’s for sure.”

Medal Afrique maintained its momentum down the hill into the short straight to race away and score by one-and-a-half lengths from Gavin Groth’s About Time (11-4) with early leader Victory Lass holding down third, two-and-half lengths away. 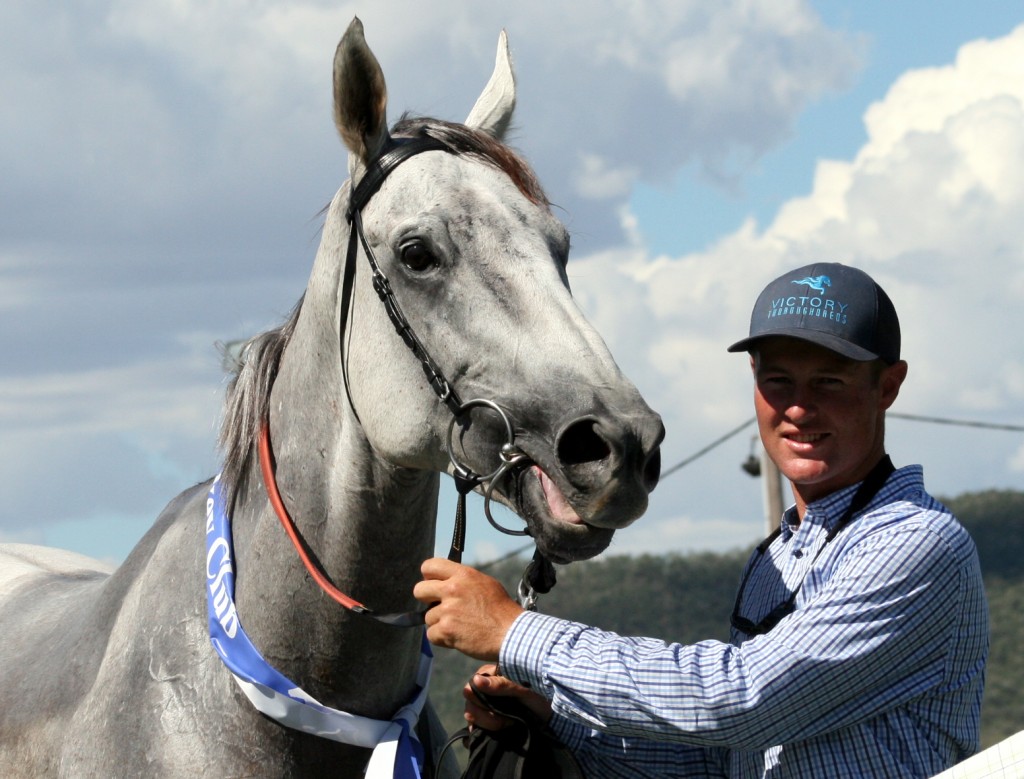 Snowden, who also won the Deepwater Cup the previous Saturday on Bill Perrett’s Cavitation, said the key to winning Saturday’s feature was not letting bonny mare Victory Lass get too far in front.

“I presumed that Victory Lass would lead, and Luke said to gauge the speed off her,” Snowden said.

“You really have to put the pressure on her, otherwise she’s really hard to catch, but you don’t want to chase too hard or otherwise you can bring yourself undone as well.

“I let her go to the front and Luke said to get Medal Afrique rolling at about the 600m, and it all worked out good.

“When I picked up Victory Lass I just gave Medal Afrique a squeeze and let him roll from there – he did it really well.

“I thought that if I got him rolling before we got to the top of the hill, I’d have something left to keep him rolling down the hill,” Snowden said.

Snowden made it a treble of Bingara Cups this century after saluting with Maple Syrup for Trevor Smith in 2004 and Luke Berger’s Draw the Line in 2008, while Morgan emulated his father Glenn, who won the race in 2007 with Crown Glass.

Morgan backs up at Armidale on Monday with Nardini Song in the 1300m maiden plate while Snowden has four rides on his home track, including recent winners Grand Feeling (1100m BM-55 handicap) and Lonely Orphan in the 1900m BM-70 handicap.

“Lonely Orphan should run well again – she seems to like Armidale – and hopefully Grand Feeling, the little horse I won on at Gunnedah the other day, can repeat the dose,” Snowden said.

IT is a sight not often seen on a racetrack in the bush, but bookmaking brothers Terry, Phillip and Chris Picone made a rare fraternal appearance on Saturday, fielding alongside one another on the local races at the Bingara Cup meeting.

Next post
Juveniles charged: could face up to 25 years for cowardly attack on 79-year-old Moree grandmother