STAN Swan might be one of the smallest men when he runs onto a Group 4 rugby league ground but he casts a large and determined shadow – on and off the field.

Cody Tickle congratulated Stan on his win, too.

The young and talented backrower with the ability to become one of the best players in the Group over the next few years, reckoned Stan deserved it.

Tickle told Group 4 Media earlier this week how dangerous a player Swan was when the Boar forwards got on a roll.

He was just as happy to run second whilst also reckoning he had not had the best year he had hoped for.

His Magpies had finished seventh out of eight with just three wins.

The spray-painting smash repairer hopes for a much better season in 2022, which could mean trouble for opposing sides because he is a genuine threat to any side as his impressive running and ball-playing game blossoms.

Stan also hopes his Boars can improve after finishing fourth on the ladder to Narrabri, Kootingal and North Tamworth. 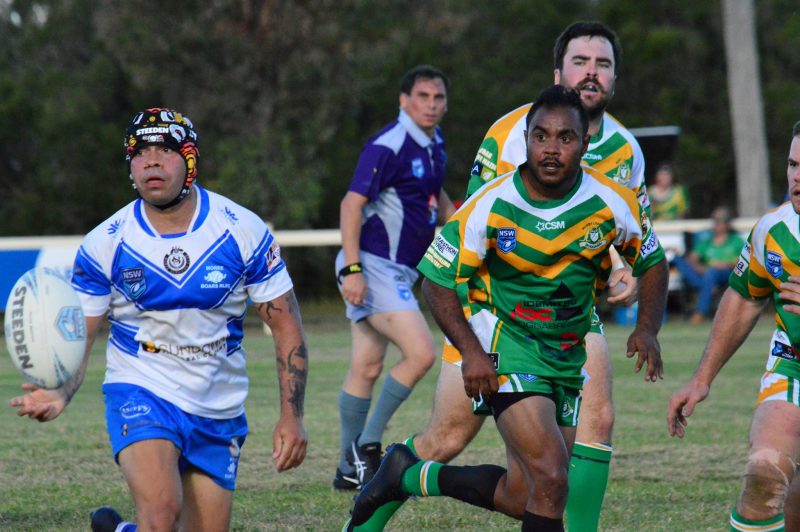 The Boars had seven wins and were readying to play in the semi-finals when Covid-19 struck a deciding blow.

Stan’s good luck was in.

He was leading the B&F competition at the time and collects the G4 Award.

Unfortunately, Covid-19 has also killed off any thoughts of a Presentation night so that the Boars hooker can receive his prestigious award and receive accolades he richly deserves.

He told G4 Media it was “awesome” when notified of his win.

Not only is he good for the team but for the community as well, Todd reckoned.

“He’s a hard worker, on and off the field,” Todd Mitchell told G4 Media.

“He does a lot of great work in the community.”

Stan is humble about that.

In footie he goes to work at the Moree Plains Shire Council (where he has worked the past nine years) then goes to training.

In the off-season he often does charity work for a local mental health group while also doing a bit of gym work.

Before this just completed season he “out in a lot of hard yards” in the gym and on the training track to be ready for the 2021 season.

He was and showed it by his form and the B&F points he garnered but he is even more determined to make 2022 even better.

“Put in the hard yards again.”

Not just for his own fitness but also helping the local mental health group.

He sees good times ahead, too.

“We had a good year under Ben (Williams),” he said of rookie coach Ben Williams.

“He’s only young but he did a good job. We were in the top four for most of the season.

“And we have some talented young blokes too. Alex Lawrence is only 18 and was outstanding for us. Joe Wade is a very strong player too,” he said of the talented centre.

“Then we had experienced players like Brenton (Cochrane), Mick (Watton) and Marshall (Barker).”

He believes the Boars can only improve and is determined to make himself fitter and stronger for an even better 2022.