THE notorious Washpool section of the Gwydir Highway, about 15 kilometres east of Moree, will be flood-proofed under a $4.5 million plan, committed on Tuesday by Northern Tablelands MP Adam Marshall.

Mr Marshall inspected the low-level causeway with Moree Plains Shire Mayor Katrina Humphries and said the Washpool was one of the first sections of the Gwydir Highway to be topped by floodwaters.

The Washpool is the first to be cut in times of flood and the road is often completely washed away, causing it to be reconstructed after every flood,” Mr Marshall said. 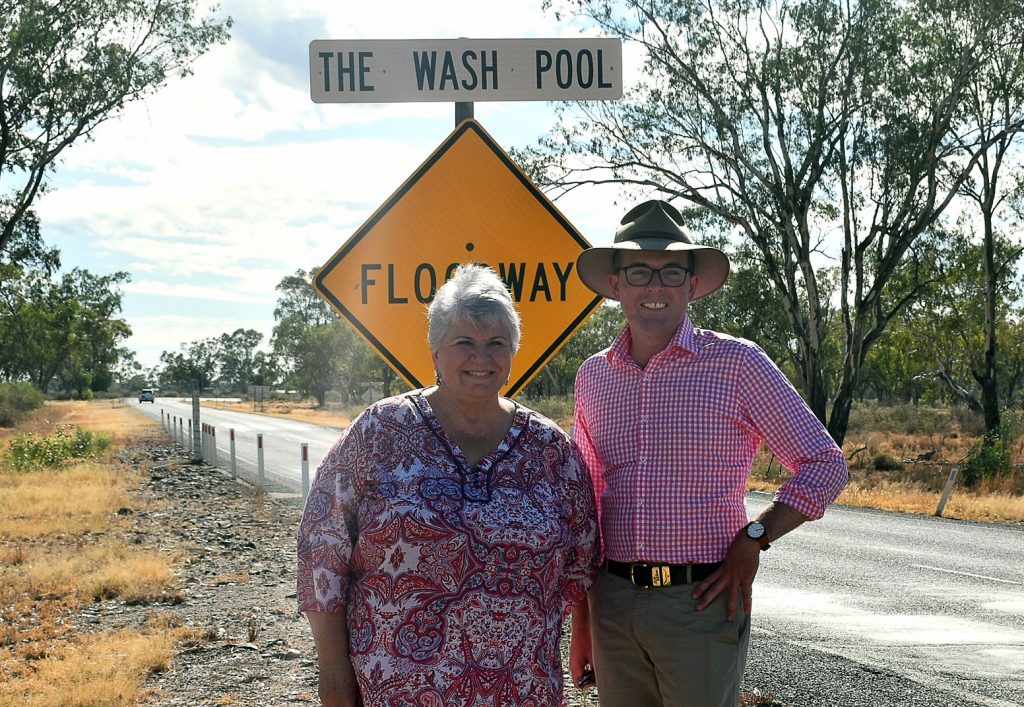 “This is a costly exercise, but most critically, it cuts off Moree from communities to the east and we cannot afford that once inland rail comes through as the Gwydir will be a significant freight route.

“The plan is to lift and rebuild a 1.1 kilometre stretch of the highway at the Washpool and installing box culverts underneath to allow floodwaters to go underneath the road surface.

“This should keep this section of the highway open and negate the need to rebuild it after every flood.”

Mr Marshall said the State Government would undertake the work if re-elected on 23 March.

Mayor Humphries said she was delighted with the commitment to improve the Washpool.

“This has been a big issue for the Moree Plains Shire since the last big floods in 2012,” Cr Humphries said.

“Stopping this section flooding and being wrecked each time makes a lot of sense and will help keep the wheels of our local economy and the freight industry moving.”

Classic Wallabies heading to Moree, with support from MPSC

Next post
Classic Wallabies heading to Moree, with support from MPSC