Moree Plains Shire Council is mid-way through the reconstruction of the outdoor netball courts at Ron Harborne Oval.

Four reconstructed and two new courts, valued at $300,000, are being built to competition standards to enable the Moree Plains netball community to host junior competitions, mixed netball, and State Age and league competitions.

Council’s Project and Development Manager Lila Fisher explained the netball court upgrade was a great opportunity to review the facilities at the north end of Ron Harborne Oval and make plans for the provision for lighting and toilets, when further funds become available. 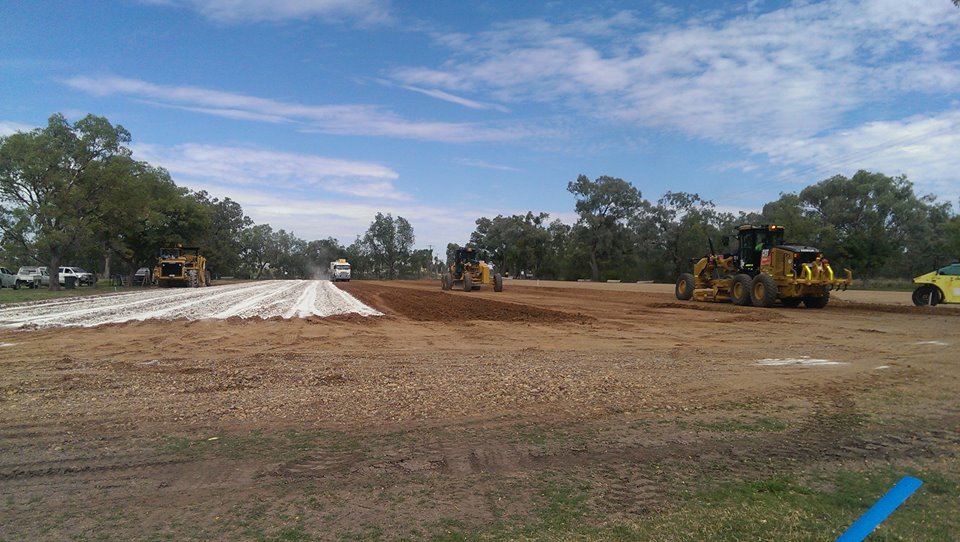 Council’s road crews stabilise and level the gravel in preparation for the asphalt seal on the netball courts. (Image: MPSC)

“With the need for an additional two netball courts, Council needed more land and consulted the Moree Junior Cricket Association to extend the project across a Division 4 wicket. The works also provide better drainage and created an improved car parking facility for the cricket and netball sporting groups.

“During the planning process, provisions have been made that when funds become available, lighting and an amenities block can also be incorporated into the facility,” said Ms Fisher.

As the reconstruction of the netball courts is similar to road construction, the work is being undertaken by Council’s roads crew.

“Our roads crew are enjoying the experience of working in town on a recreational asset, their local expertise in understanding the variability of the Moree soil conditions has been invaluable in constructing the netball courts,” she said.

Progress to date:
• Heavy trucks and earth moving equipment have dug up the old netball court surface.
• The area has been laser levelled to alter the slope of the courts to provide better drainage for the adjacent oval and courts
• Machinery has stabilised and levelled the gravel in preparation for the asphalt seal
• Late January – asphalting

Work is expected to be completed in March 2016.