The new eight-chair unit is being built adjacent to the existing hospital and will herald a new era in renal treatment in Moree, according to Mr Marshall, with a more spacious and comfortable area for patients and hospital staff.

“This new unit is being built with the future health care needs of the Moree district in mind, equipped with three extra chairs compared with the existing facility, which was completely funded by the local community,” he said.

“There will also be an isolation chair, for patients at risk of infection or require private treatment – that’s something we’ve never had before in this community.”

Since turning the first sod of soil on the project with Mayor Katrina Humphries in April, Mr Marshall said construction was progressing well and the new unit was on track to be open and treating its first patients before Christmas this year.

“The hospital staff, current patients and the community has been watching the construction with great interest and excitement,” Mr Marshall said. 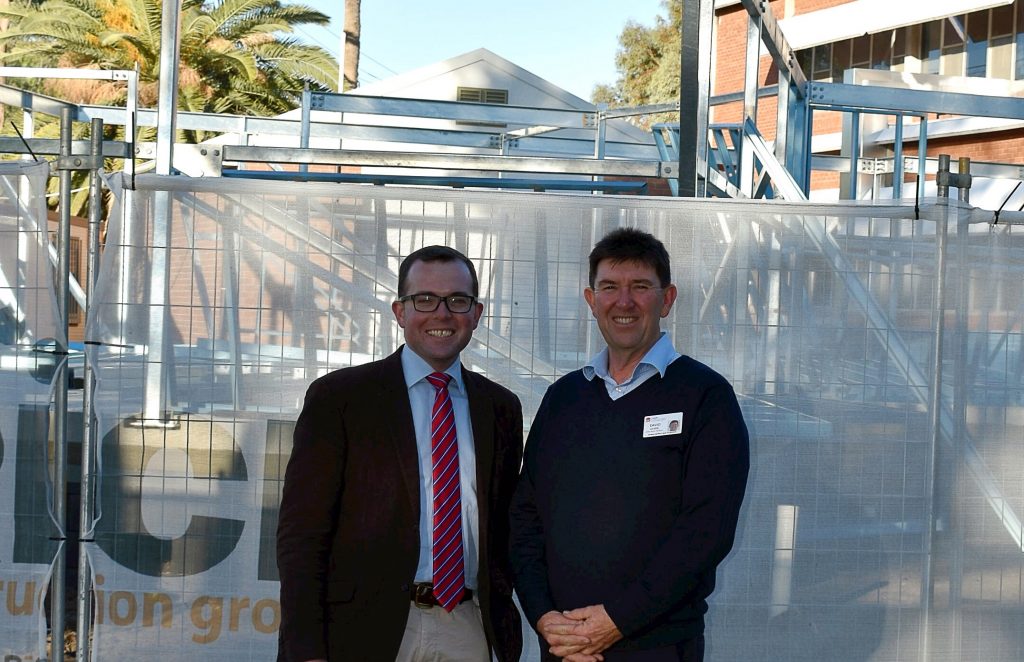 “I’m really pleased with the progress so far and the news that everything is on track for completion in November, which will allow the first patients to be treated in the new and expanded unit before Christmas this year.”

Mr Marshall said local patients with end-stage chronic kidney disease were not able to access their treatment at home and Moree Hospital was often at capacity in trying to accommodate demand for dialysis.

“I’ve spoken with a number of locals who have had to endure the six-hour round trip to Tamworth three times each week for dialysis treatment,” Mr Marshall said.

“This situation is out of reach for many and debilitating for those who can and now there is hope with this new unit being built.

“Hospital staff and the local support volunteers need to give themselves a well-deserved pat on the back for helping secure this new facility, as well as providing care to patients even when resources were stretched.

“Extra shifts were run to by Moree Hospital Staff to accommodate as many patients as possible and the original Unit was funded by members of the local Community thanks to the efforts of the Moree Renal Support Group.”

Mr Marshall said the new facility has been designed to modern standards and will be spacious with a pleasant outlook. The additional room means renal patients are able to more easily have visitors with dialysis often taking many hours. The new eight-chair facility will replace the old five-chair facility and is being built by regional company Rice Construction.

In other local news, Moree is celebrating 100 years of rugby league in Moree. Click the following links to read about Moree’s rich rugby league history:

When I called Geoff Newling last week and asked if he could send me – short-notice – his recollections of Moree Boars’ 1988 grand-final win against Gunnedah, he had several hundred words back to me within a few hours.

This was despite pressing freelance commitments and deadlines – the type of deadlines that offer remuneration and remittance advice.

But that’s the sort of bloke he is, and when it comes to penning words about rugby league, or any other sport, there is none finer than Geoff Newling.

Geoff was a journalist at the Northern Daily Leader in Tamworth from 1986 and sports editor from 1989 until 2016.

It was those years – all 30 of them – that I had the pleasure, and privilege, of sending racing and general sports and news articles, as well as images, to one of the greatest sports editors that ever sat behind a desk.

Click link to read Geoff Newling’s memories on the 1988 grand-final – one of the first of many that he covered – between Moree and Gunnedah:

And he has kept a meticulous eye on the ball for nearly every one of those 100 years.