MECHANICAL problems last week that severely affected Moree’s water supply for 48 hours were caused by vandalism to a pump station at a Moree water storage facility.

A padlock to a pump station housing a remote water monitoring system was cut and communication to all bores and water towers in the shire was disrupted.

The fault was discovered when council’s water and waste staff attended the pump station as part of their routine checks at 7am on Friday.

When the extensive damage was discovered, emergency measures were immediately put in place, with Moree placed on Level 5 water restrictions for 24 hours.

The restriction was extended to 48 hours to allow Moree’s three main water reservoirs at Ron Harborne Oval, PCYC and Jellicoe Park to refill.

In all, about nine water storage facilities were affected and only essential household water usage was permitted.

Bores were started manually until repairs could be made, and within an hour 181 litres per second were refilling depleted supplies.

Cr Ritchie said that one of the town reservoirs was nearly empty; another was well below 50 percent capacity; and another was around 68 percent.

“There was a lot of damage done and those persons or person responsible somehow disengaged the safety feature that alerts council staff of any problems,” Cr Ritchie said. 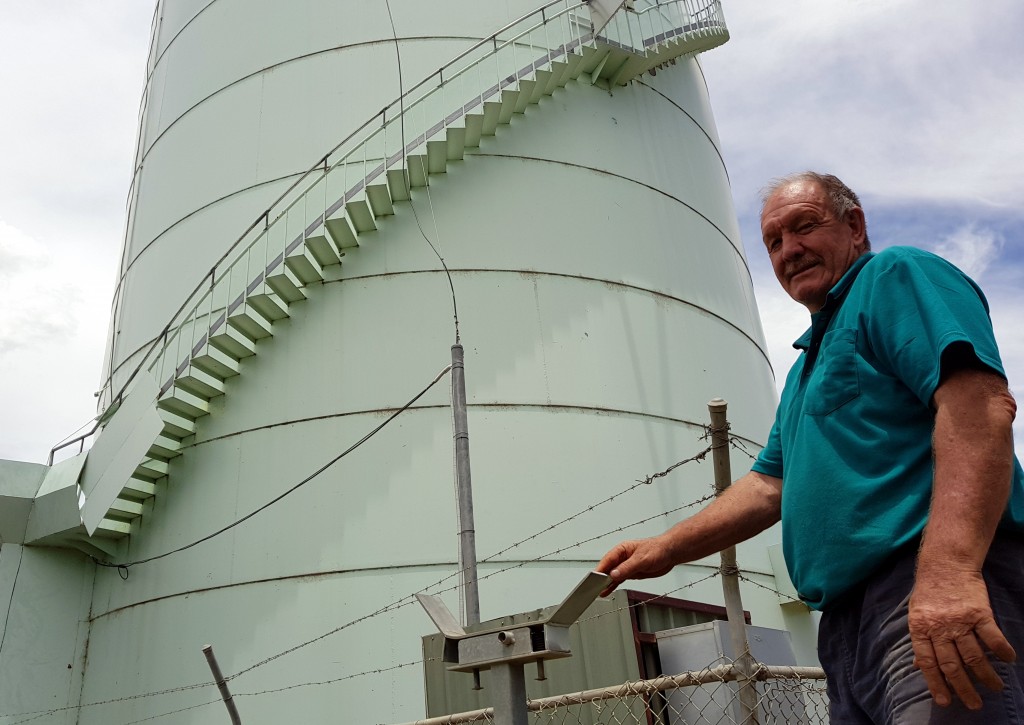 “It’s a credit to council staff to get everything back up and running so quickly and further credit to the Moree community for adhering to the water restrictions.”

Cr Ritchie said that Moree Fire Brigade had attended a shed fire on Blueberry road during the height of the restrictions and, luckily, there was enough water pressure to contain the blaze.

“A major catastrophe was averted, and we are just so lucky that there weren’t more fires in the shire during the shutdown. If at any time that the local firies can’t access local water supplies, water trucks have to be brought in,” he said.

A report to Moree Plains Shire Council will state that the cause of the pump failure was “vandalism, not mechanical failure as first thought”.

New locks have been installed and Moree police are stepping up patrols, the report will state.

Cr Ritchie said the significant damage had come at an enormous cost to Moree rate-payers.

“Repairing all the damage and getting Moree’s water supply back on track was not a cheap exercise,” Cr Ritchie said.

He said that the latest act of vandalism only added to a long list of break-ins and extensive damage to council property and infrastructure in recent months.

“Damage and break-ins to council property is a recurring problem and is costing the Moree rate-payers a hell of a lot of money,” Cr Ritchie said.

“It clearly has to be stopped and those responsible rounded up and dealt with accordingly.”