TIRELESS Moree charity worker Lee Estens has been named in this year’s Australia Day Honours list, acknowledged for her incredible efforts raising hundreds of thousands of dollars for children’s charities, most notably the Variety Club of Australia.

Mrs Estens joins six other recipients from across the region including Glen Innes resident Noel Schmidt, the brother of Moree stock and property agent Neville Schmidt.

Mrs Estens is well-known across the vast north and north-west and beyond, especially for her participation in Variety Club Bashes across Australia in her brightly-festooned 1972 Mercedes Benz sedan, nicknamed 2400. 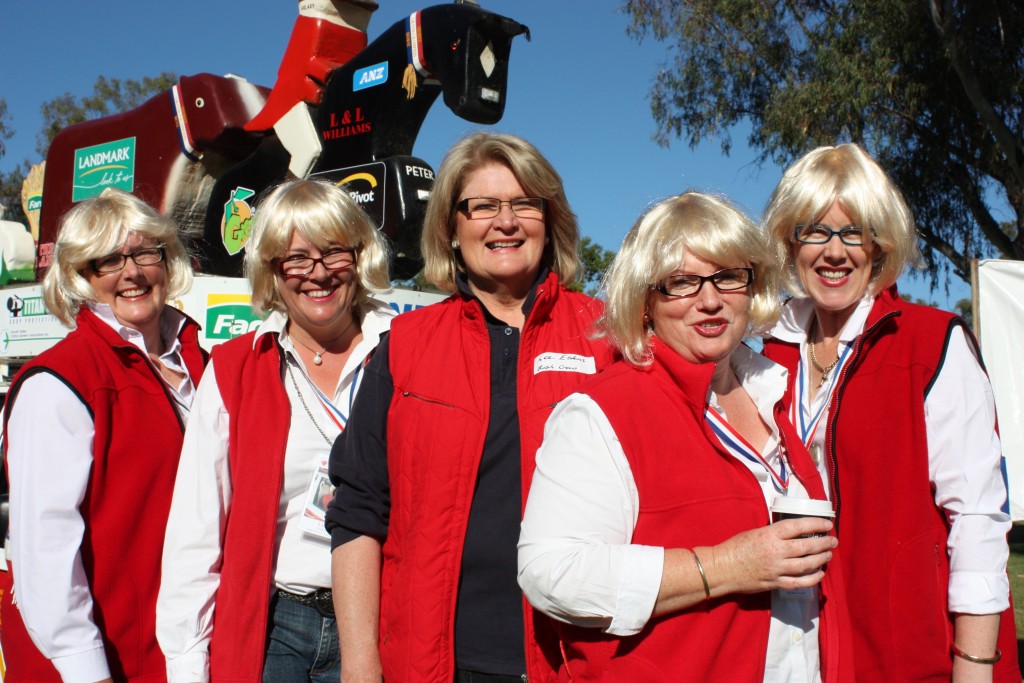 Moree charity worker Lee Estens (centre) and her band of lookalikes at one of her Variety Bash charity golf days. Mrs Estens was today awarded the Medal of the Order of Australia (OAM) in the General Division (Photo courtesy of Georgina Poole).

She is a regular face at major events such as Moree on a Plate and the north-west Golden Triangle picnic racing circuit selling raffle tickets and working tirelessly for children’s charities.

Moree’s forever travelling ambassador has raised more than one million dollars for Variety Club charities over the past 15 years, and each year hosts a huge charity golf day in Moree that draws celebrities from across the country.

Mrs Estens joins Graeme Andrews, Douglas Crocker and Dr John Flynn of Armidale, Dorothy (Dot) Every of Ben Lomond, Noel Schmidt of Glen Innes and Marilyn Dixon from Bingara as recipients of the Medal of the Order of Australia (OAM) in the General Division, reflecting contributions across more than 40 different community groups and volunteer and professional sectors.

The late University of New England academic, Professor Larry Smith, was named posthumously as a Member of the Order of Australia (AM) in this year’s list for his significant service to the vocational and education and training sector and to professional organisations

“All recipients have played significant roles in a long list of organisations over an extended period of time,” Mr Marshall said.

“These awards are an official recognition of the outstanding contributions these citizens have made to their respective communities, and these honours are a testament of what a priceless value they have given so selflessly to so many others.

“We are very fortunate to have them and our communities, and the various groups, organisations and causes they have supported are richer for their work, most of it voluntary.

“For many of them there’s been recognition through other awards and civic honours over the years, but this is a national honour they can take tremendous pride in and we can celebrate as well.

“To be acknowledged on Australia Day in the Honours List is one of the highest individual acknowledgements of service to our community,” he said.

“They have been such positive influences and I’m delighted they have been honoured in this way. We owe them a huge debt of gratitude.

“Their contributions have ranged across a multitude of causes, from aged care, health and well-being, adult learning, to school services and parents groups, pony clubs and sporting groups, and charity events and civic and tourist festivals. And they’ve been the backbone of established service group activities like Meals on Wheels, Legacy, HACC, Rotary, the CWA and RFS and local show societies,” Mr Marshall said.