The baton relay, first held in 1958 at the British Empire and Commonwealth Games in Cardiff, Wales, has already travelled more than 200,000km across the globe and will arrive in Australia in December to complete the final leg of its journey.

Mr Crump, named the 2017 Moree Volunteer of the Year at Australia Day celebrations in January, said thousands of Australians had been chosen to carry the baton during the final stages of its journey.

“This is a great honour,” Mr Crump said.

“The baton relay began on March 17 at Buckingham Palace and will eventually take 388 days to reach the Gold Coast for the Games. 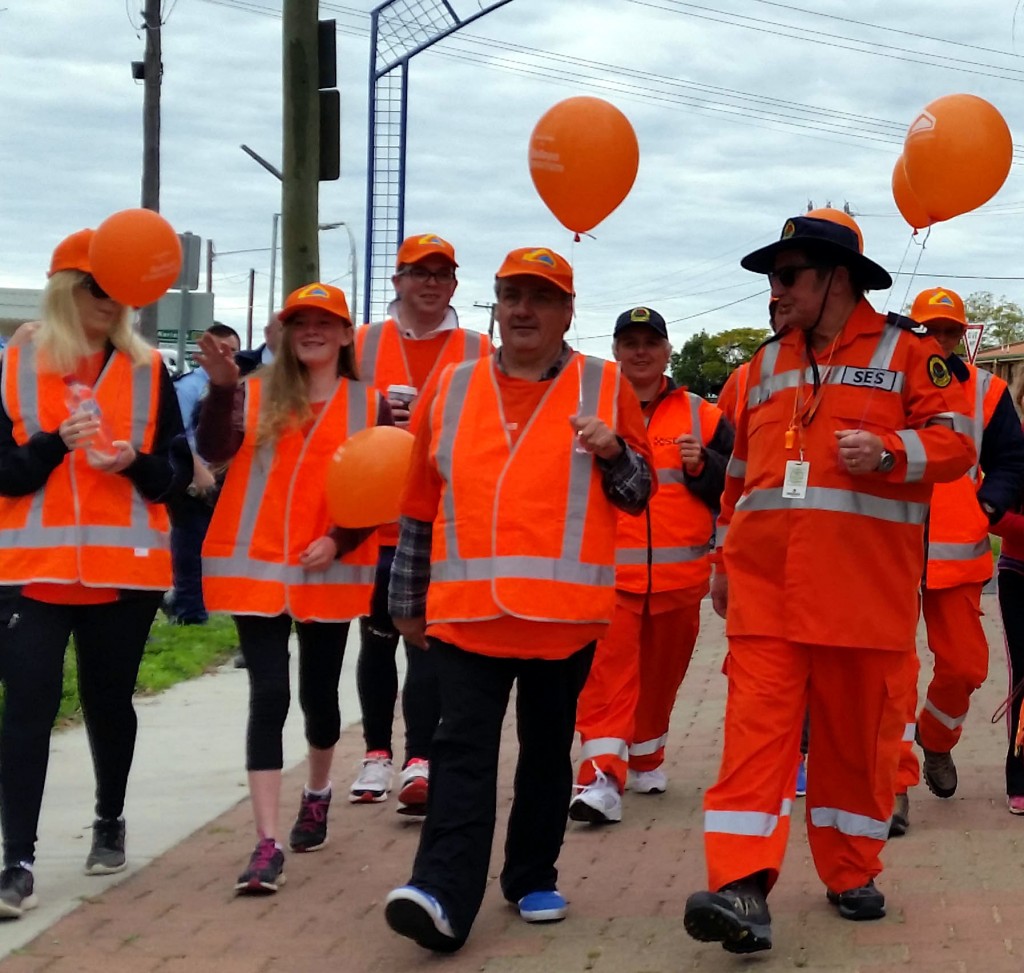 Moree’s Frank Crump (centre) at the launch of Hike for Homeless, a fundraiser he is very passionate about (Image Copyright Bill Poulos).

“It is due to arrive in Brisbane on Christmas Eve and bearers will bring the baton across the country to the opening ceremony on April 4,” he said.

Mr Crump said 28 people from north-west slopes and plains, including Gunnedah’s Margaret Amos, Narrabri’s Les Knox and Richard Barry, Boggabri’s Noreen Boehm and Alisha Conomos from Wee Waa, will each carry the baton 200m at the Gunnedah leg of the relay on January 31 – day 37 of the Australian journey.

In all, nearly 4000 bearers will carry the Queen’s message through every Australian state and territory before arriving at the Commonwealth Games, where the Prince of Wales will read out the message to declare the event officially open.

Baton bearers were nominated by their peers for achievements and contributions to their community, who represent the spirit of the Commonwealth and are true inspirations to others.

Mr Crump, nominated by his son Glenn, has been actively involved in charity work in the Moree district for decades.

He has single-handedly raised thousands of dollars for fundraisers Movember, Relay for Life and Hike for Homeless.

“It is a great honour for Ron, Michelle and myself to carry the Queen’s baton for 200m on behalf of Moree – it is something I’ll never forget,” Mr Crump said.

2017: A year of incredible highs and heart-wrenching lows for Fi and Merri-May