Moree cyclist Chrissy Jennings will join hundreds of riders from across the eastern seaboard in early April to take part in the Tour de Rocks, a three-day bike ride aimed at raising much-needed funds for cancer research.

Raising money for cancer research is close to Chrissy’s heart.

“This cause is very close to my family and, no doubt, many other people,” Chrissy said.

“Many of our families and friends have been affected in some way by this insidious disease and any help that we are able to provide, I know, is greatly appreciated.

“By doing this year’s Tour de Rocks I’m joining an event that has twice been recognised at the Australia Day Awards as the most successful local community event. This will be my first year as a rider; I’ve been involved once before as part of a support crew. 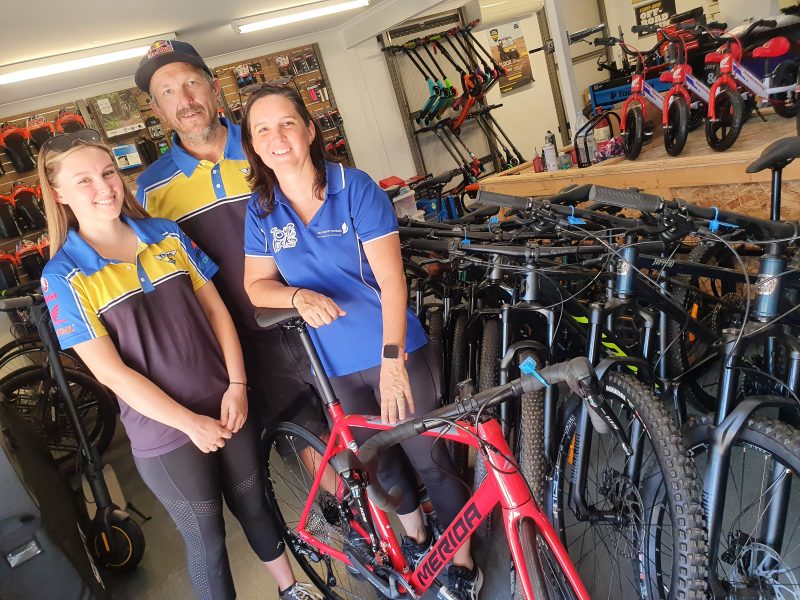 “Money is raised via GoFundMe pages set up by participants. The platform is secure and funds are remitted directly to Tour De Rocks. I have set a personal target of $500 but I would love to raise about $5000,” she said.

The event starts at Armidale on April 7 and ends at South West Rocks on the mid-north coast on April 9.

Chrissy will use her trusty 2015 model Liv mountain-bike, with friends and family members making up her support crew.

Since its inception 10 years ago, the Tour de Rocks has raised more than $1.7 million for the cure, prevention and awareness of cancer in Australia.

In the past decade, thousands of dollars’ worth of funding and donations has been delivered to cancer support groups across NSW, including Armidale, Coonamble, Coffs Harbour, Glen Innes, Guyra and Port Macquarie.

The Tour de Rocks has funded medical scholarships at the University of New England as well as vital organisations Quest for Life, Leukaemia Foundation, Friendly Faces and Camp Quality.

“This is a very worthwhile event, and has raised hundreds of thousands of dollars that is distributed to rural and regional cancer-related organisations across the country. I’m so very proud to be a part of it,” Chrissy said.

The Tour de Rocks is the brainchild of Jonathon Wheeler, who in 2010 got together nine cyclists – five adults and four children – to take part in a 210km bike-ride as part of the Duke of Edinburgh Gold Award Program.

Tour co-founder Bill Wheeler said on the event’s webpage the concept has since grown in popularity and fundraising strength.

“Whilst our primary focus is cancer, there are many parallel activities that strengthen the Tour de Rocks’ reputation as a worthy cause,” Mr Wheeler said.

“There are very often tears at the finish line when people realise what they have achieved, not only through completing the ride, but also successfully fundraising and contributing to their communities,” he said.

The Tour de Rocks was sidelined in 2020 and 2021 because of COVID-19 restrictions, but is this year expected to draw record entries.

More information, including how to register, can be found at www.tourderocks.com.au.