ANNA Winter has been off the radar in recent months.

The well-known Moree resident simply disappeared without a trace, and it’s all because she was on a journey that changed her life.

It was a journey of self-discovery, renewed hope and self-esteem, and much-anticipated weight-loss as a contestant on Network Ten’s 2017 series, The Biggest Loser: Transformed.

Ms Winter was last year hand-picked from dozens of hopefuls that auditioned for the popular weight-loss reality TV show.

It was a top-secret process that took several weeks before a final cast was chosen.

Filming was done at South Moree Butchery – the business operated by her husband, Rob Moore – as well as at a group work-out at Suzie Treloar’s boxing and fitness classes at Moree Boxing Academy.

It was all done under a shroud of secrecy – and strict contractual obligations – that had Ms Winter and her close-knit group of family and friends gagged from discussing her involvement until advertising and marketing for the new-look series was launched.

Ms Winter has struggled with her weight for most of her life – despite a good diet, regular training and exercise and plenty of walking. 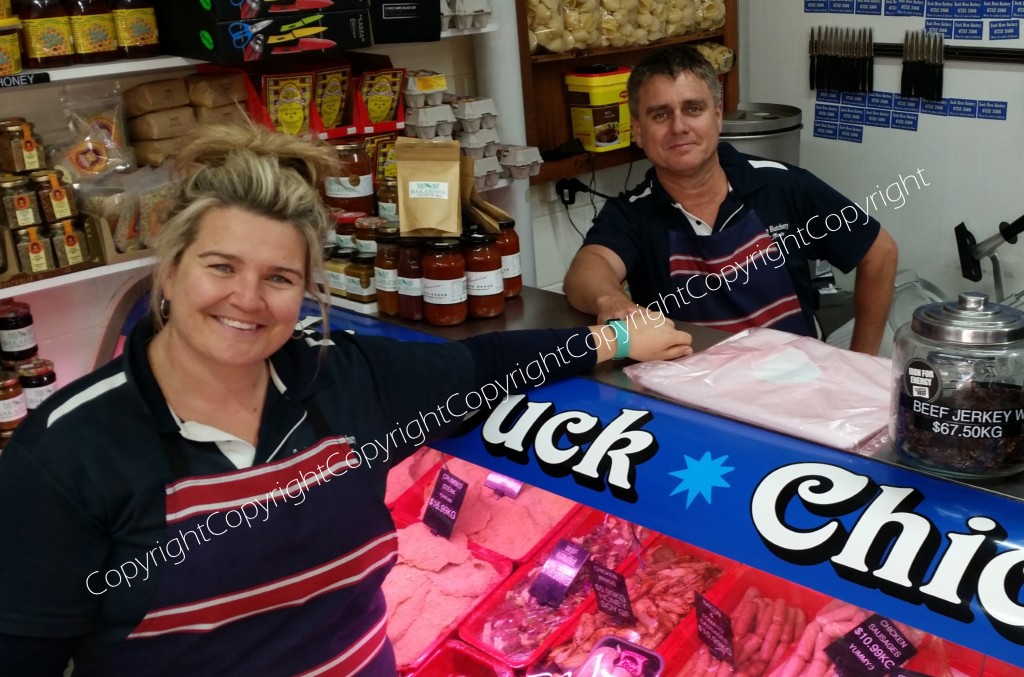 Anna Winter and husband Rob Moore prior to her being selected as a contestant on The Biggest Loser: Transformed (Image Copyright Bill Poulos).

Yet, no matter how hard Ms Winter tried, her weight-loss goals were rarely, if ever, achieved.

After years of frustration, she made the decision to audition for The Biggest Loser: Transformed.

It was a drawn-out, nerve-wracking process.

However, in mid-October Ms Winter received the news from Endemol Shine Australia that she had made the final cut for the series.

Ms Winter left Moree on November 4 to undertake the life-changing commitment that had her away from home  for nearly three months.

Interaction with the outside world, including telephone and social media usage, was forbidden until filming wrapped up in January.

Her Facebook, Twitter and Instagram accounts were disabled and all contact with the world outside Network Ten’s The Biggest Loser: Transformed compound was severed – except for weekly, monitored telephone calls to her husband, Rob.

Even those were stopped in early December when filming got serious.

The Biggest Loser: Transformed this year takes on a fresh approach and will focus less on weight-loss and more on mental wellbeing.

The 11th season of the popular reality TV series has adopted some significant changes, and takes on a whole new approach to helping transform the lives and fitness of not only the contestants, but viewers at home.

All 16 contestants will also be guided by in-house psychologist Glenn Mackintosh, founder and principal psychologist at Weight Management Psychology.

A Network Ten media release says that “the re-imagined and uplifting show will take the latest advancements in health and fitness to create a contemporary and goal-driven approach to transforming people’s lives”.

However, the new series will also take a unique approach to helping people transform not only how they look, but also how they think and feel.

Trainer Shannan Ponton, a Biggest Loser trainer since 2007, said he was “stoked to be back”.

“This is the version of The Biggest Loser I’ve always dreamed of making, something every Australian can relate to but also empower them to transform their own lives,” he said.

Fellow trainer Libby Babet said she was thrilled and honoured to be joining the team and to be part of the show’s evolution.

“The Biggest Loser has already had an incredible impact on health and fitness in Australia by transforming lives and inspiring the nation,” Ms Babet said

“I feel such a strong sense of responsibility to continue that mission, perhaps with a bit of my own spin on things.

“My approach to fitness is to help people create a positive and uplifting association with being fit and active, so it becomes something fun you actually look forward to. And I believe good nutrition is easy nutrition – you just need to know some basic principles that I can’t wait to share,” she said.

The Biggest Loser: Transformed premieres on Network Ten at 7.30pm next Tuesday, March 14.