Moree’s “accidental” charity event closes in on $300,000 in donations

An “accidental” charity golf day in Moree that was conceived about 15 years ago by three close mates who simply enjoyed their weekly afternoon game has now raised nearly $300,000 for local charities and families “doing it tough”.

The money raised is the culmination of what is now a yearly fundraising event that has dispersed nearly $300,000 across the Moree district.

“We’ve been playing golf every Thursday afternoon for what seems like forever and one year we decided to have a Christmas event, so now we hold this golf day at Christmas time each year where we get 40 to 70 players,” Andrew Parkes said. 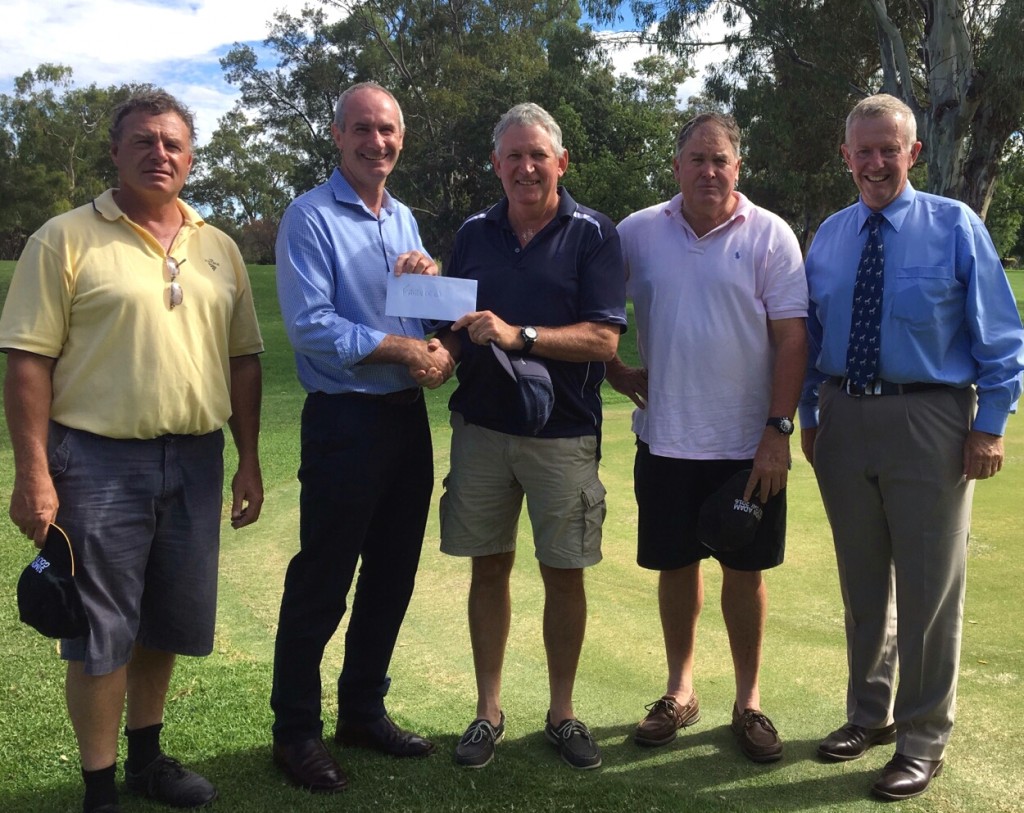 Even in the early years the day on the links wasn’t intended to be a fundraiser.

However the generosity of sponsors, chiefly from the agricultural sector, became so great that the Thursday Desperates began dispersing excess funds to worthwhile causes.

“Over the years no-one has really requested or sought any sponsorship or advertising but we would always have a number of suppliers and companies come to us and simply say, ‘we don’t want any (recognition) for this, we just want to help in some way’,” Mr Parkes said.

“It all just happened accidentally. Chemical suppliers and seed suppliers and all sorts of different people would come to us and give us money to throw in the kitty.

“That all just started to happen and we started making money out of the day, so we decided to donate to charity whatever money we made each year,” Mr Parkes said.

Each Christmas the Thursday Desperates oversee individual and four-ball stableford events, where teams and individual players are sold in a calcutta-style auction.

“It also costs $100 to play for the day, and that gets the golfers a game as well as a cart and food and grog – it’s all-inclusive – but most of the money raised actually comes from the auction items that we sell off.

“This time we got about $30,000 out of six auction items. They were items absolutely worth bidding for – one of them was a week playing golf in Tasmania and King Island, so it’s good stuff that we sell off.

“The items nearly always goes to the same people, but they just love it – they’ll pay three times as much as what something’s worth, but they love doing it,” Mr Parkes said.

“That’s the highest number of players I think we’ve ever had,” Mr Parkes said.

What began about 15 years ago as a muck-around Christmas golf day between mates is now a colossal fundraiser that has helped numerous organisations and individuals.

“Gwydir Industries are pretty regular recipients – we like to give them something whenever we can – and one year we gave something in a big way to Can Assist,” Mr Parkes said.

“There have also been individual families around town that have done it a bit tough and we like to quietly slip them some money and help them get back on their feet,” he said.

IT may not be the race that stops the nation, but it’s certainly the race meeting that halts the region.

The Moree picnic races on Saturday, May 27 – round one of bush racing’s Golden Triangle – is a darling of the social calendar, and this year will be no exception.

Sunday Afternoon along the Mehi unveiled at Fairview

After nearly two years of co-ordination, camaraderie and collaboration, the incredible work of nine artists was unveiled at Fairview Nursing Home today. Click link for details:

MOREE Plains Shire Council is continuing inspections, risk assessment and maintenance of the sewer manholes throughout Moree to assess the condition of these assets. Click link for full story: http://deluxecafemoree.com.au/council-assessing-sewer-conditions/

AN almost $5 million project to drought-proof the small northern NSW communities of Boggabilla and Toomelah will soon get underway after a Coffs Harbour-based company was awarded the contract to construct a new large bi-directional water pipeline, pump station and inlet infrastructure.

MOREE businesses have joined as one to support Anna Winter, who plans to put Moree on the map as a contestant on Network Ten’s Biggest Loser: Transformed.