The 1.5km-square facility will keep the lights on in 24,000 homes, helping to diversify the state’s energy mix and producing 95,000 fewer tonnes of carbon dioxide than traditional power generation.

“Renewables can be set up anywhere there is wind or sun,” Mr Marshall said.

“In the Northern Tablelands, we can be thankful for both – and this solar facility is proof that our region is the perfect place to generate power. We will continue to power ahead and be the renewables hub of the State.

“The massive capital investment from ARENA is a mark of faith in the renewable industry, and this facility’s location is a stamp of approval for Moree.” 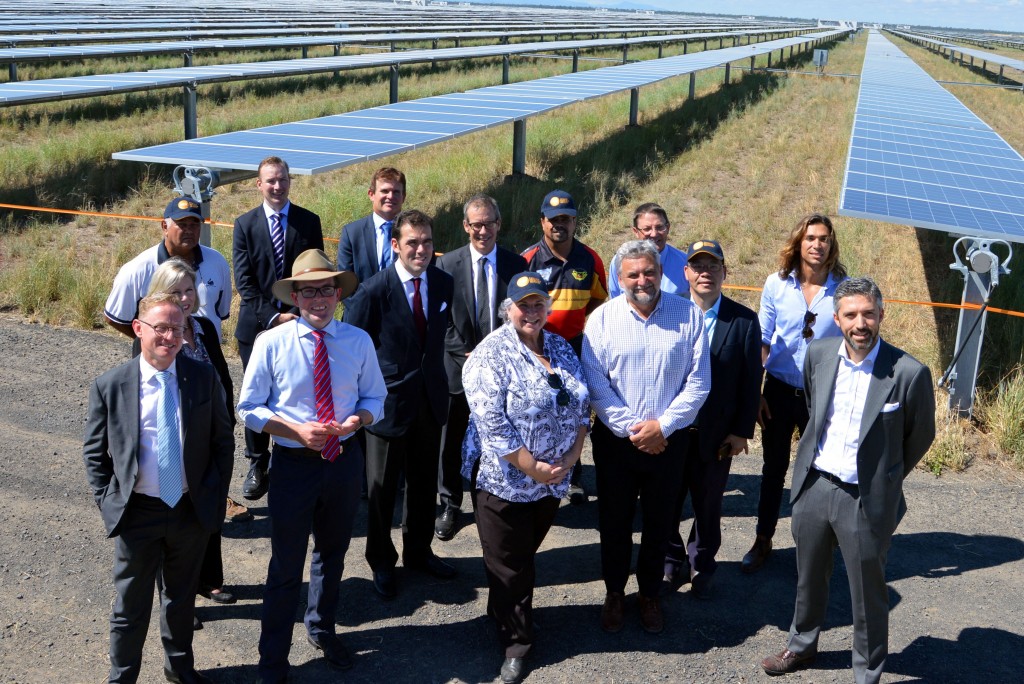 “Nearby, we can also look forward to the solar facility near Glen Innes, as well as three wind farms on the way to Inverell.”

Commissioned by Spanish solar company Fotowatio Renewable Ventures, the massive facility is the largest to track the sun as it moves across Moree’s sky. This means the photovoltaic panels are able to eke the most out of the region’s sunlight.

All of the facility’s electricity output has already been purchased by Origin Energy for the next 15 years – in line with their push to make better use of renewable energy.

Mr Marshall says he will make sure the Northern Tablelands continues to be a state and national leader for renewable technology.

“We’ve seen a hundred jobs created in Moree throughout the construction phase, with several more highly skilled positions throughout the operational phase of the facility,” he said.

“The Northern Tablelands is in the state’s sights for this fledgling industry, and I will fight to make sure that the jobs, benefits and money stays locally.”

Mr Marshall also paid tribute to Mayor Katrina Humphries and Moree Plains Shire Council, which he said worked hard for many years to see its vision for a solar farm locally realised.

“Without council’s strong support, through thick and thin, this project would never have got off the drawing board,” he said.

“Mark Coulton (Federal Parkes MP) also played a critical role in securing ARENA’s support to help fund the capital for this solar farm and deserves our thanks and congratulations.”

Also in the News

Sunday Afternoon along the Mehi is the collaborative work of nine artists who freely gave their incredible talent and valuable time to create a painting for the residents of Fairview Nursing Home. Click link:

Next post
First train brings a better deal for growers