MOREE locals have spoken overwhelmingly against the deregulation of its direct Sydney air route, through council and community meetings, and hundreds of letters and emails to their local MP.

“Over the past fortnight I have had almost two-hundred letters and phone calls about this issue – and not a single one has been in favour of deregulation,” Mr Marshall said.

“I have heard of the importance of the route to business, tourism and the local economy. It’s vital to ensuring our region is competitive for business, attracts medical professionals. I regularly use it myself, and know how important a stable air service is to the wider community around Moree.”

In many instances, deregulation allows for cheaper fares by increasing competition and reducing costs for the airline. However, with 34,000 passengers annually flying the route, Moree doesn’t have the scale to support two competing air services. 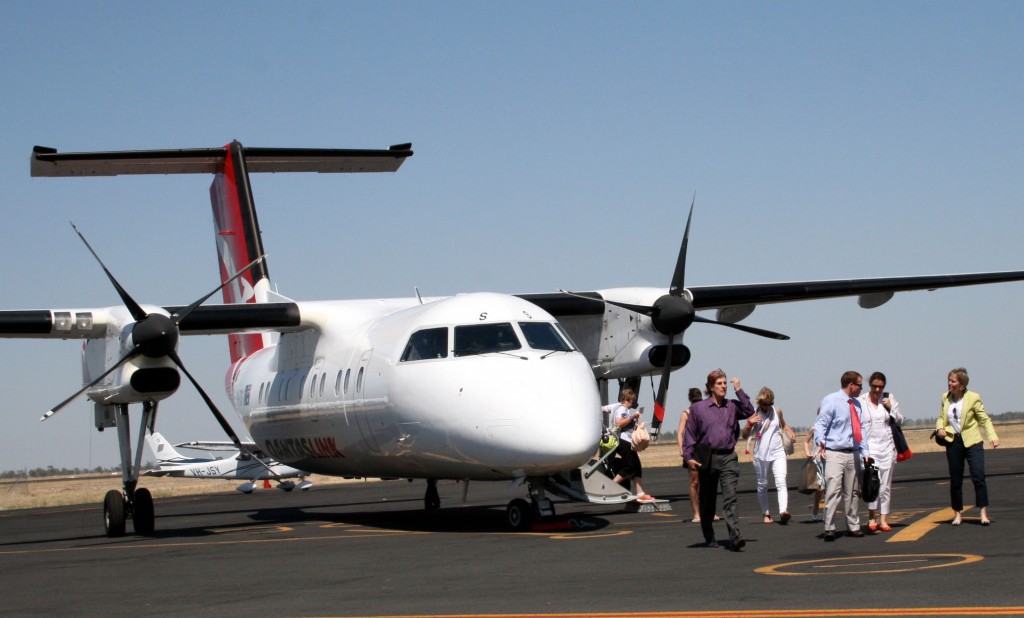 “The most vital thing for Moree is to have an air service. Locals have reiterated that price is a distant second – and they don’t want to lose the regular air passenger service they have,” Mr Marshall said.

“QantasLink engaged in a five year contract in 2013 on the basis of exclusivity provided by a regulated route – and they made a business strategy with that in mind. They have been a good friend and ally to the people of Moree, and it’s unfair to pull the rug out from underneath them.”

Mr Marshall is encouraging the community to continue their vocal fight on this issue.

“I have made my position very clear with the Minister for Transport, and stand shoulder to shoulder with the community in seeking to keep the route regulated,” he said.

“Every letter I receive and every conversation I have further reinforces the importance of regulation, and gives us a better chance of winning this battle.

“I’m still taking community views and submissions and the result is far from a forgone conclusion. If we keep the debate going, I believe we can win.”

Next post
NSW Women of the Year Awards announced