THANK God for the Salvos!

It’s a catch-phrase that has resonated across Australia for decades and now the Moree branch of the Salvation Army can thank the Strathfield Rotary Club for sending some much-needed Christmas cheer – of the monetary kind – to the drought-stricken regions of north-western NSW.

The Strathfield club will send the Salvos in Moree $3500 after recently holding a hugely successful Carols in the Park fundraiser.

Rotary Strathfield’s community service director Peter Smith said the donation was a timely top-up to the $1500 raised for the Moree Salvos earlier this year.

“We just want to help spread some Christmas cheer in the bush,” Mr Smith said. 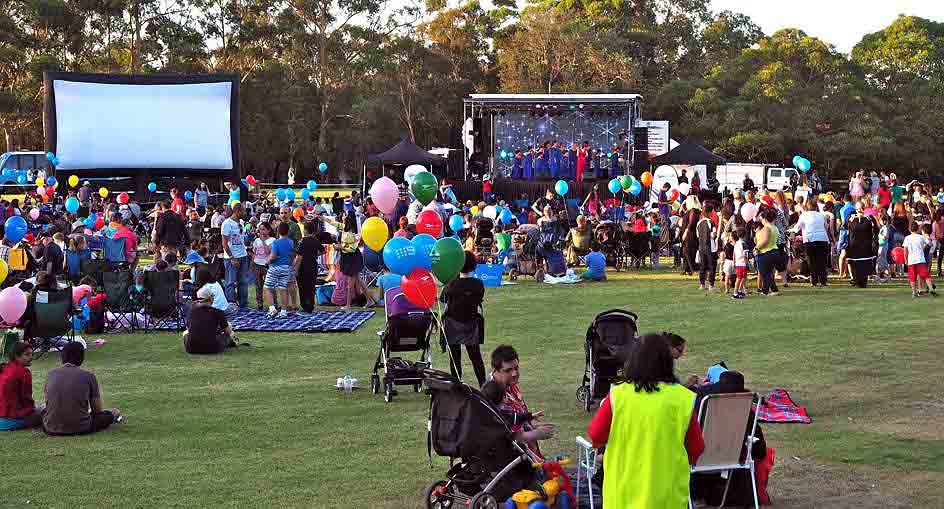 A huge crowd turned out earlier this month for the Strathfield Rotary Club’s Carols in the Park, where $3500 was raised for the Salvos in Moree. (Photo: Bradley Ayres)

“We understand that Salvation Army captains BJ and Rick Moulder are doing great things in Moree and we are proud to do our little bit to help out at this time of the year,” he said.

Strathfield Rotary president Allan Petersen said his club is proud to continue its close association with the Moree Salvation Army Corps this Christmas by extending a crucial hand of financial support during the festive season.

“Recently, club members joined with the Strathfield Council at its annual Carols in the Park celebration with a barbecue supported by two local businesses which were selling drinks, food and Christmas decorations to raise funds,” Mr Petersen said.

“As a result, we are pleased to say that $3500 has been sent as a way of support to the Moree community through their local Salvation Army.

“We understand only too well the extent of the drought conditions experienced in the north-western area of our state at this time, and consider it a privilege to be able to serve the Moree community with this gift,” he said.