Mr Marshall arranged a June meeting in NSW Parliament between the Group’s spokesperson Glen Crump and Minister for Aboriginal Affairs Leslie Williams, which led to the Awards receiving $5,000 in funding.

“For most Australians, ‘reconciliation’ is a fuzzy concept,” Mr Marshall said.

“In Moree, it’s real. It is hugely important that we bury the wrongs of the past, and move forward as a single nation. 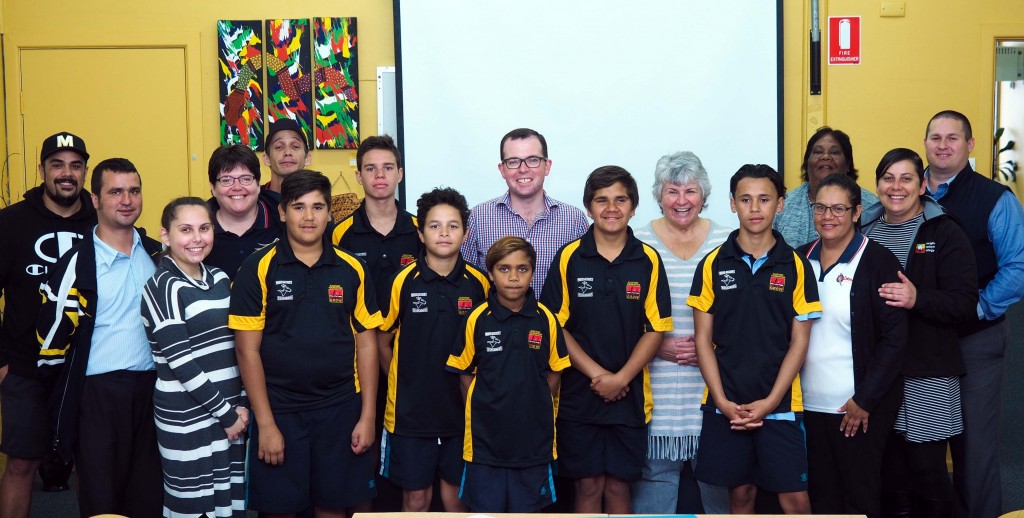 “I strongly support the work of the Moree Reconciliation Group and all the great people moving the reconciliation ideal forward.

“I am delighted our request to the Minister for funding to hold next year’s 10th Moree Reconciliation Awards was approved.”

Mr Crump said the Group have appreciated Mr Marshall’s advocacy for its cause.

“Adam has been a supporter of the Moree Reconciliation Group for a number of years and is always as supporter of sincere attempts to reconcile within his electorate and the wider Australian community,” he said.

“The meeting with Minister Williams was a pivotal step towards us sourcing further funding and a wonderful opportunity for the Award’s history and impact in the Moree community to be explained.

“The funding that we subsequently obtained will go a long way to helping the Moree community celebrate and mark the 10th anniversary of the Moree Reconciliation Awards.”