THE much-anticipated $2 million upgrade of Moree Railway Station will be arriving two years ahead of schedule, with Northern Tablelands MP Adam Marshall and Regional Roads and Transport Minister Paul Toole on Thursday announcing the project would get underway later this year.

Mr Marshall said Moree station served as an important ‘welcome mat’ for the more than 100,000 visitors who travel by rail to Moree each year, most to soak themselves in the soothing famous artesian waters.

“First impressions really do matter and when tourists first arrive in Moree, it’d be great to give them the very best impression of the community and the region,” Mr Marshall said.

“This is a huge amount of funding to completely renovate the old station and transform it into a really welcoming place for locals and visitors.” 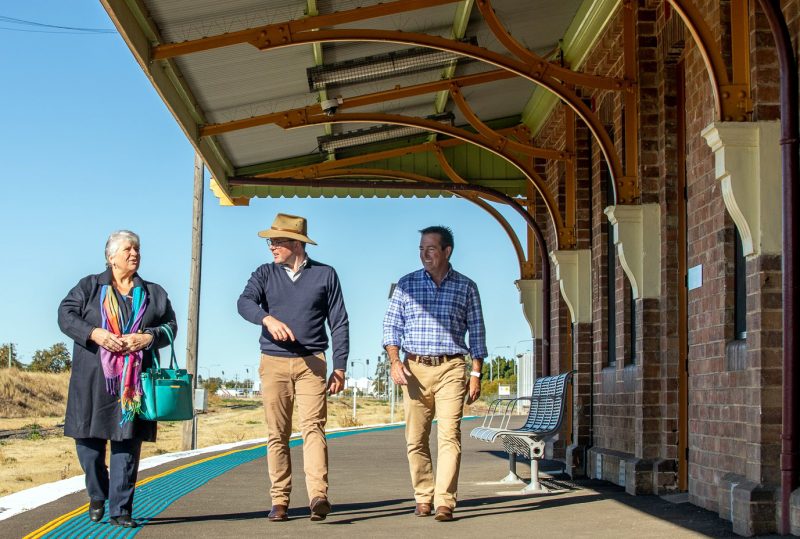 Mr Marshall said it was now over to the community and Moree Plains Shire Council to determine how the money will be spent.

“Transport for NSW will be seeking feedback from those who use the train service and everyone in the community on what they would like to see done at the station,” he said.

“Already, we know there is a lack of seating and protection from the weather on the platform which is what I will be pushing for, but other inclusion might be works to footpaths, ramps, the car park and toilets to make it easier for all customers, including people with a disability, to access public transport.

“At Armidale we saw a similar community consultation process undertaken for its station earlier this year which led to $1,187,101 being spent on improving pick-up and drop-off areas, amenities and security.

“This project was originally slated to commence in 2023, so I am delighted that Moree Station will be one of several upgrades across regional NSW that the State Government has decided to fast track.”

Mr Marshall said the upgrade was being delivered under the NSW Government’s Transport Access Program, an initiative to deliver safe, modern and accessible public transport infrastructure. 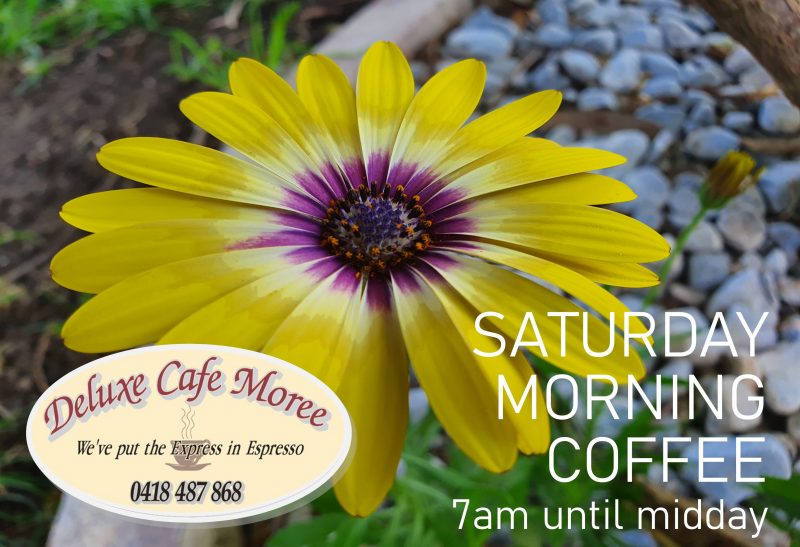 “These upgrades couldn’t come at a better time because, come 2023, there will be new, modern passenger trains arriving at Moree which will encourage more and more people to visit this great part of our State,” he said.

“We expect the consultation and planning period will be complete by the end of this year which will mean work can start in 2021.

“Each of these projects have generated work for up to 50 tradies, so there is serious economic benefit for the Moree community.

“Upgrades like this ensure that stations have the amenities to support growth in public transport, and build upon our vision to make public transport a first choice for everyone travelling in the bush.”

More than $2 billion has been committed to the Transport Access Program since 2011, with more than 470 projects either completed or currently underway across NSW. In addition to Moree, planning is also under way for further upgrades in northern NSW including Narrabri, Gunnedah and Armidale stations.

QantasLink’s Moree flights locked in until 2022