Fundraising for the vital service has traditionally been held at the club’s February meeting, but will this year transfer to the ever-popular Moree Cup meeting on Sunday, September 2.

There will also be a cup-eve dinner with guest speakers and a fundraising auction.

The new-look February meeting – the Thank You Moree Community race day on Saturday, February 17 – is a nod to the scores of volunteers, community organisations and local businesses that helped make the 2017 Crawford Constructions Christmas twilight race-day a huge success.

A free gate, free sausage sizzle and happy-hour at the bar will complement the six-race Sky 2 TAB meeting.

Club president Rob Mather is looking forward to the change as well as the new format for the MRC’s first meeting of 2018.

“There are too many people to name individually that make the Christmas race-day a success, and having this thank-you Moree race meeting is a small way to be able to thank the people of the local community,” Mr Mather said.

“We hope that a lot of these people can make it to the races and enjoy a fantastic day out because it’s their day, and we want to thank them,” he said.

Club secretary Michelle Gobbert said the re-alignment is a win-win for the club and the Westpac Rescue Helicopter Service.

“The February meeting, which used to feature the Moree Cotton Cup and in recent years the Moree Chopper Cup, raised hundreds of thousands of dollars over two or three decades for local vital services as well as the rescue helicopter service,” Mrs Gobbert said.

“Annually, it drew large crowds however the very hot temperatures in Moree at that time of year was a drain on race-goers as well as horses. 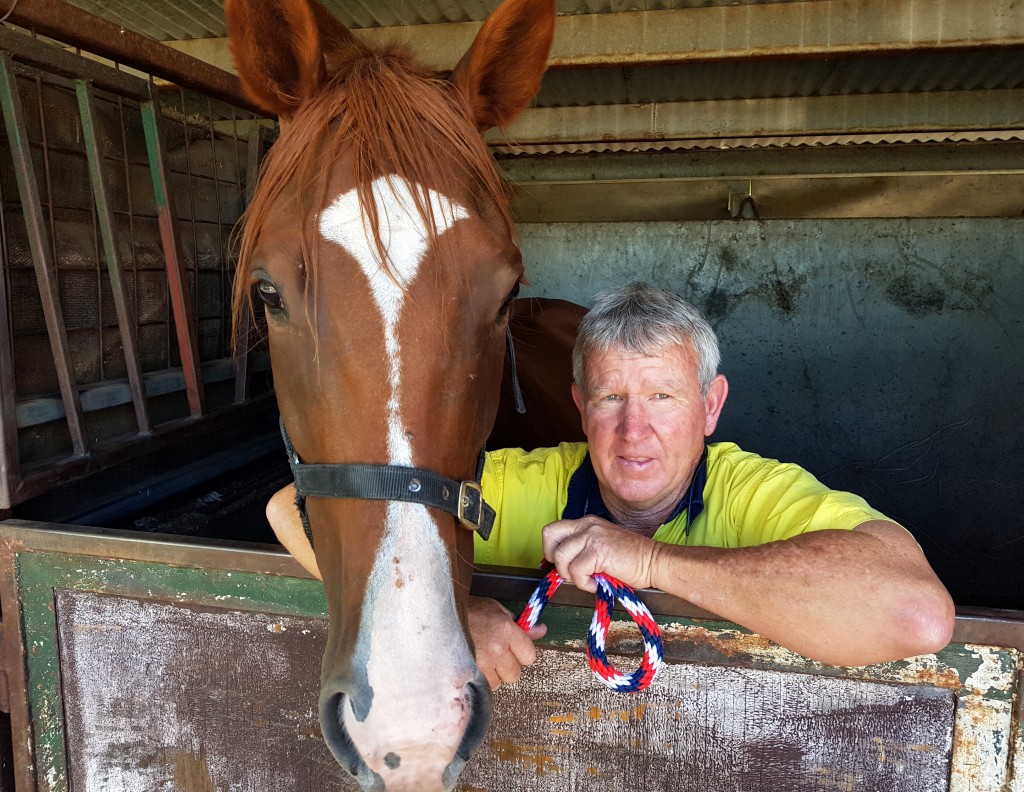 “It has been decided to bring fundraising for the helicopter service to the Moree Cup meeting on the second day of spring – perfect weather in Moree at that time of year,” she said.

“This has only happened through the outstanding support of the Moree Race Club and the Moree racing community and this significant support continues to allow the service to provide emergency aero-medical transport without anyone ever having to pay when assisted,” Mr Galbraith said.

“We are extremely excited with the 2018 fundraising weekend moving to the Moree Cup meeting on Fathers’ Day and working with the Moree Race Club to provide a quality social event on the Saturday night, and again on race-day on Sunday, September 2,” he said.

“It will be extra-special this year, with the Westpac Rescue Helicopter Service being the beneficiary of a concerted fundraising drive at the cup-eve charity dinner as well as on race-day.”

Nominations for the Thank You Moree Community race day on February 17 close at 11am on Monday, February 12. Weights will be allotted at around 4pm on Tuesday, February 13, with final fields announced at 9am on Thursday, February 15. 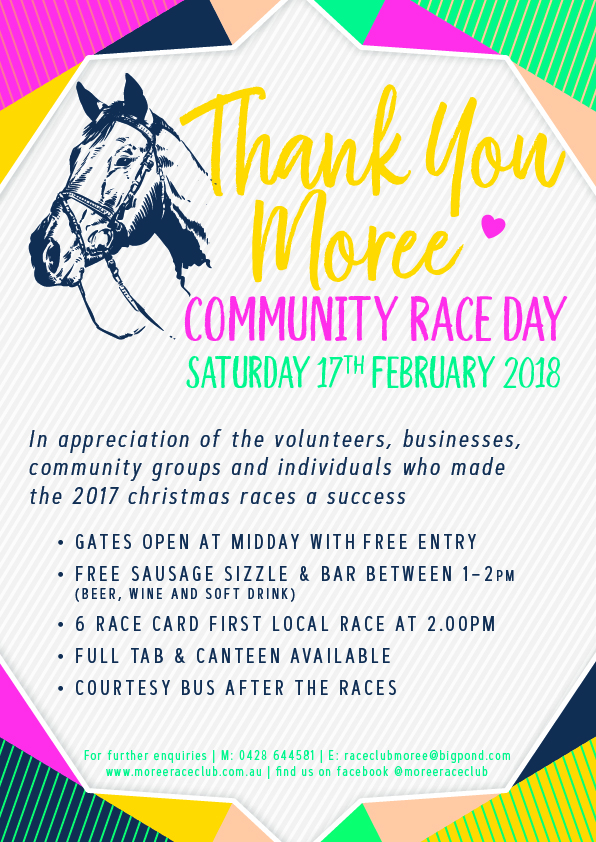