A MOREE printing business has been significantly damaged by fire after an alleged arson attack early Monday morning.

The business on Frome Street in South Moree was well alight at 5am when spotted by an early-morning walker, who quickly notified staff at a nearby business, South Moree Butchery.

The front plate-glass window to Gwydir Graphics had been smashed and the premises allegedly ransacked before being set alight.

“The fire brigade and police were very quick to respond,” Mr Moore said. 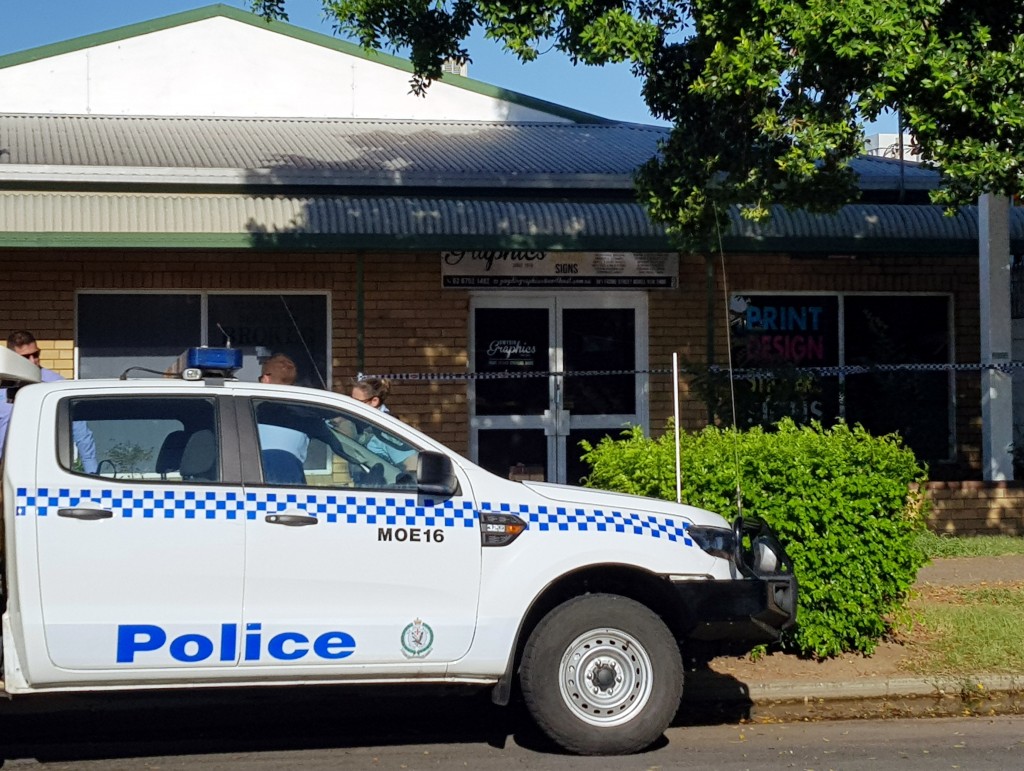 “When we ran out the front there was smoke bellowing from the shop everywhere. We grabbed a hammer and busted the front door open and started hosing it all down until the fire brigade arrived.”

Chemicals and flammable liquids used for printing were well alight however Moree Fire Brigade had the blaze contained quickly.

“It is very lucky that the whole building didn’t go up,” Mr Moore said.

A crime scene has been established and officers and detectives from Barwon Local Area Command have begun an investigation.

CCTV footage from nearby businesses will also hopefully help police with their enquiries.

Anyone with information that may assist police in relation to this crime or people wanted by the police; unsolved crimes and/or future crime that is being planned; or suspicious and unusual activity are urged to contact Police either by phoning Barwon Local Area Command on 02 6757 0799 or Crime Stoppers 1800 333 000.