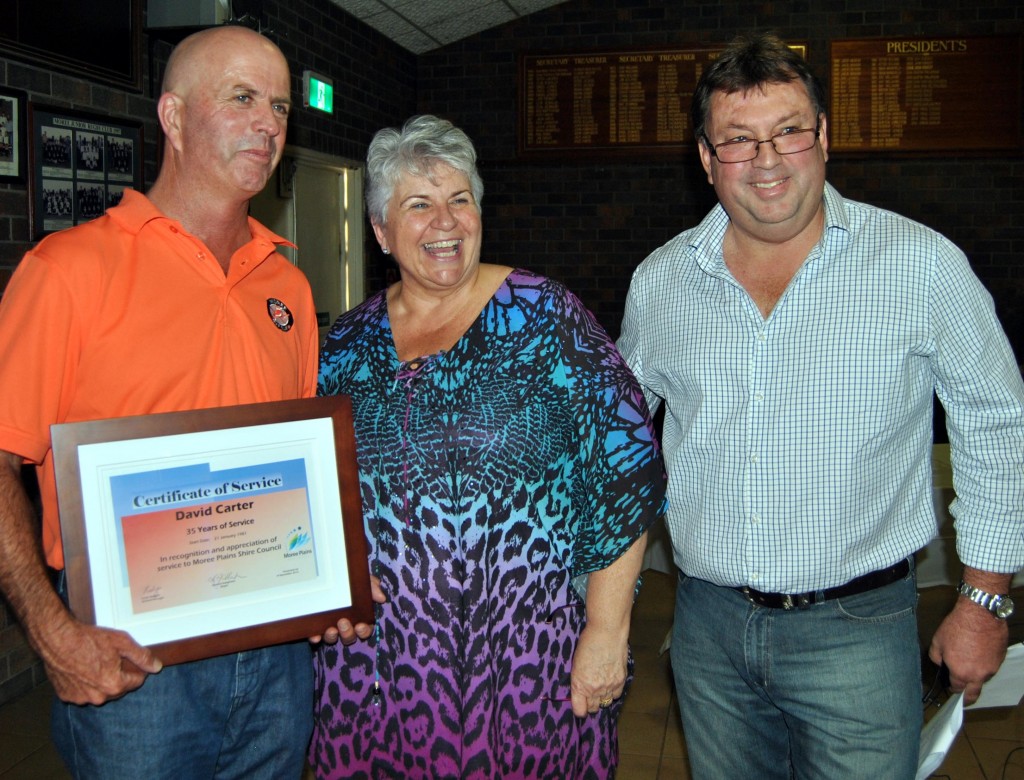 The ceremony recognises the dedication and loyalty of council staff and the contribution they have made to the community.
Mayor Katrina Humphries said elected councillors often get the kudos but it is the staff who are the backbone of the council.
“Without a good strong, functionally working team, we would never achieve anything; this is a team effort,” Cr Humphries said.

General manager Lester Rodgers commended all the recipients for their contribution and commitment to the community.

“We are very fortunate to have so many staff who have worked continually with the Moree Plains Shire in a time when people are often headhunted by other businesses,” he said.
“We are grateful, as a community, to have such a stable long-standing workforce.”

David Carter was initially hired as a bitumen patching ganger and progressed to truck driver. In his current role of ordinance Inspector, he is responsible for the policing and weighing of heavy vehicles with the North West Weight of Loads Group.

Peter Storck started as a labourer and graduated to grader driver. In his current role of plant operator, he demonstrates sound experience in the operation of a variety of heavy rigid vehicles, dog trailers, grader operation, back hoe, rollers and tractors.

Moree Aged and Disability Service on target for $41,000 in funding

Excellence in Service Awards for MPSC