THE Moree PCYC says a $15,000 grant delivered by Northern Tablelands MP Adam Marshall will allow it to update and remodel dated amenities at the Boston St centre which caters for scores of local young kids.

Mr Marshall has announced the funding and says the grant will enable the club to modernise dated toilet facilities for a club which is open six days a week and caters for various sports and social programs provided by police and local groups.

Acting PCYC manager Tayla Macey has described the grant funding as “great news” that will improve the centre and give children modern facilities they can use in a more pleasant environment. 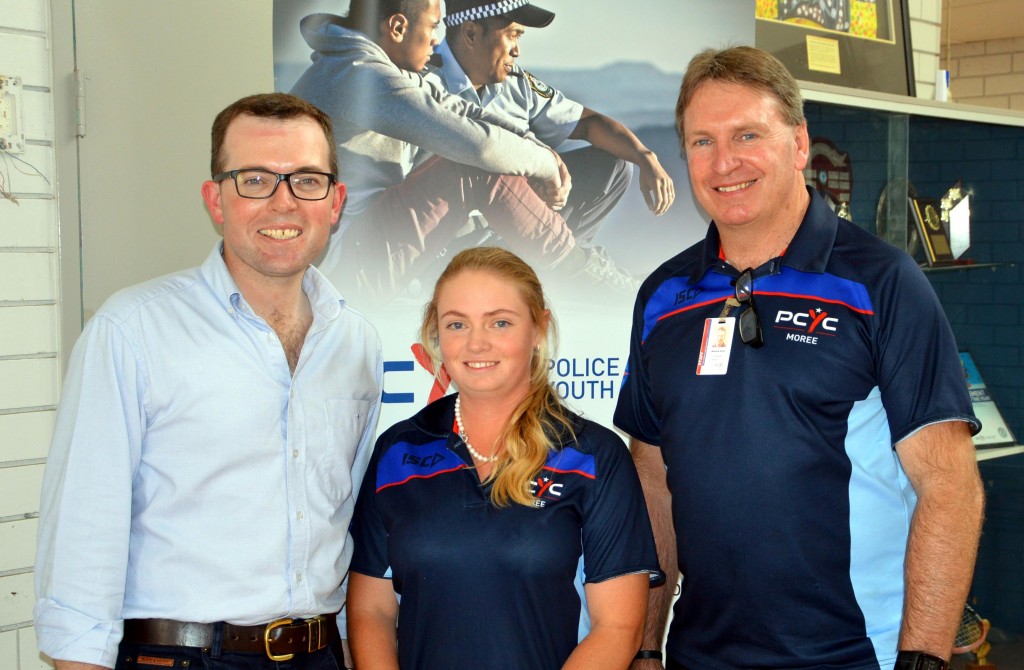 Ms Macey said a previous state government grant helped kick start a bathroom and change room upgrade three years ago but the latest funding would help them complete more of the renovations.

The project will now see work to replace old tiles, ceiling tiles and vanities in both boys and girls toilet areas and make them compliant to standards and give them a new paint job in modern and bright colours.

Mr Marshall said the Moree PCYC laid claim to the highest PCYC membership per head of population in NSW and was the biggest sports facility in the town.

“The PCYC conducts activities for many people there including the disabled, the disadvantaged and other ‘at-risk’ young people and children, as well as providing services for adult members,” Mr Marshall said.

“It’s integral as a place for young kids to hang out and participate in activities they can’t get anywhere else or at no cost or a low cost to take part. The club is open seven days a week and sees up to 800 users or visitors a week.

“But the amenities are 35 years old in places; they look grubby and unhygienic and the shower areas can’t be used at present because they don’t comply with child protection and privacy laws. This funding will go a long way to fixing those problems.”

Ms Macey said the PCYC had undertaken some fundraising and also had some funds to top up the grant money to tackle the project and complete the works. She said a new manager would hopefully be on deck within a couple of months and it was expected the upgrade works could hopefully get underway sometime from mid-February.