THE Moree PCYC is set for a multi-million dollar upgrade, giving local youth a better and bigger space to learn more sports and with more modern equipment and facilities, according to local State MP Adam Marshall.

Mr Marshall dropped in on PCYC Manager Tayla Macey and her team this morning and announced the NSW Government had allocated $2 million to upgrade the facility, as part of last week’s 2018-19 Budget.

“This is the largest single investment in the club since it was opened in 1981 and is a huge coup for the Moree community,” Mr Marshall said.

“The club will use the money to enhance its well used facilities and look to add additional activities, based on community feedback. 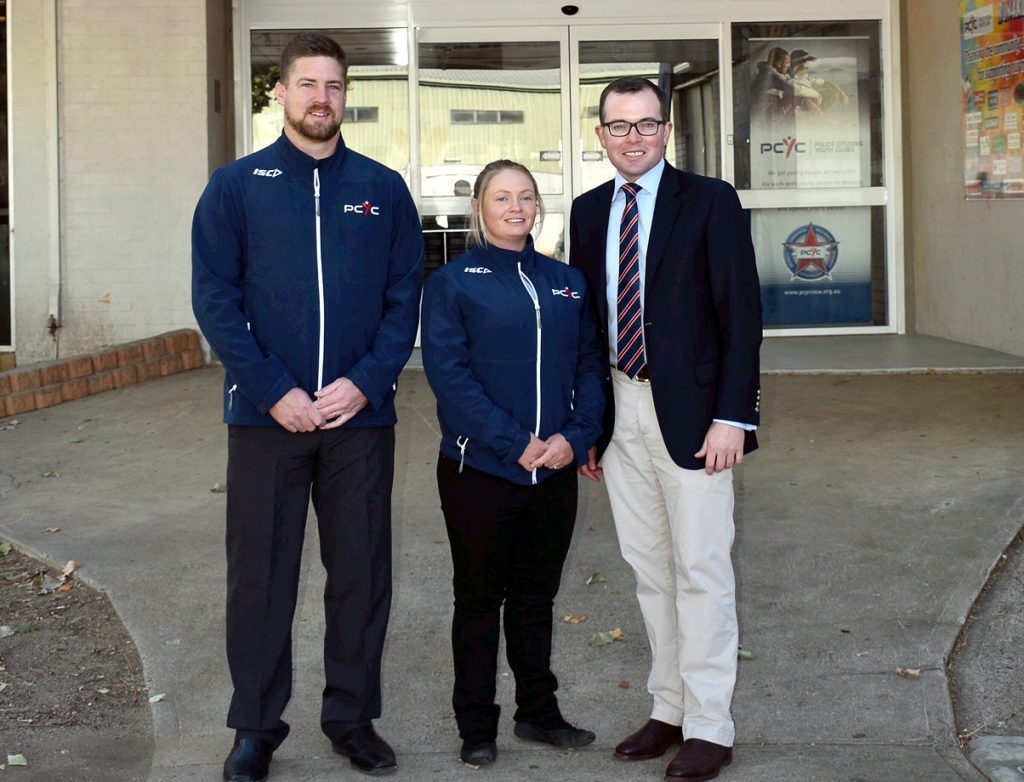 “This is a very exciting time for the club, its supporters and users – all those ideas to improve the club over the years can now be funded to ensure its serves the community well for about 30-odd years.”

Whatever shape the upgrade took, Mr Marshall said multi-million dollar refurbishment would make a huge difference to the more than 300 young people who currently use the club.

Ms Macey described the news as a “bolt from the blue” – but exciting and absolutely set to be well spent for local youth.

She said the advisory committee for the centre, as well as the local council’s crime prevention committee would have input into the priority list for the upgrades.

“We engage nearly 250 kids in our gymnastics program two days a week and we have up to 40 kids every day with a boxing program we run with Moree East school but police also run a couple of programs a week too,” Ms Macey said.

“But we also run other sports and the flavour of the month at the moment is a football one too.”

As well, the PCYC runs programs on nutrition, mental health, peer pressure and self-hygiene – and the funding will allow them to run those in an upgraded centre.

Mr Marshall said the PCYC provides for sport and recreational activities for kids aged five to 17 years, but the significant component was for kids from Year 4 to Year 6 who were the biggest users.

The centre says critical to upgraded facilities was plans to fix a leaking roof, upgrade the toilets and perhaps invest in some new gymnastics equipment.

“Tayla has told me that some of that gym gear is as old as the centre – that’s 37 years – so that will be on the wishlist as well,” Mr Marshall said.

At the moment, the basketball court shares duty with gymnastics and Ms Macey says that means equipment has to dismantled and then set up again each week to accommodate the two strands of sport.

“The funding will allow us to grow our gymnastics program and also our boxing activities by expanding our hall, to utilise the wasted space out the back for a ridgey-didge boxing ring,” she said.

She said the management partners and user groups would be included in talks to look at the long term plan and the priorities, including an upgraded security system.

Mr Marshall said the funding would also allow for new and expanded sports but importantly help to engage more young kids in using the centre.