THERE wouldn’t be a baby-boomer who lived in Moree during the late 1960s and into the late 1980s that wasn’t guided through the OTC Station as part of a school excursion.

Every school in Moree once had a must-do list of excursion destinations – and the OTC Station on the Carnarvon Highway just north of Yarraman was right up there with Lillyman’s Cordial Factory, the Police Station and Court House, Council Chambers (especially when council was sitting) and the Lands Office as required visits by all students.

The present-day site, which was once a vital link to the Apollo Eleven moon landing, now houses Irritek, a locally-owned company that specialises in pump stations and all things to do with large-scale irrigation.

And Irritek proprietors Jim and Helen Spain are walking on the moon about a special 50-year reunion they will host at the site over the Easter long weekend. 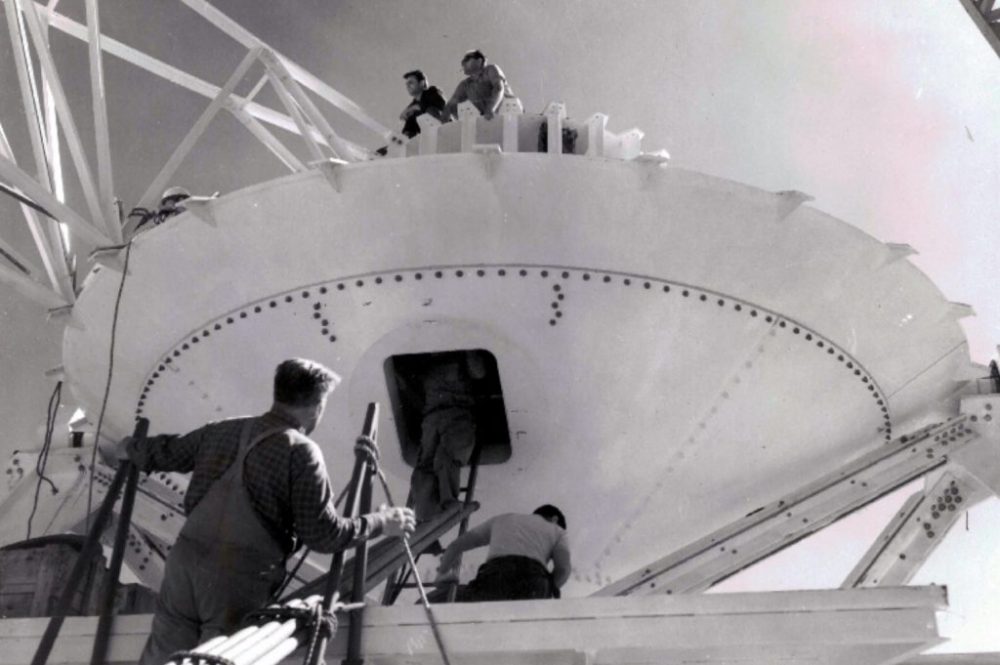 Moree OTC Station under construction in the 1960s (Image: www.otva.com)

“I think there will be about 40 former employees coming to town, some who were here for the moon landing and assisted in that transmission,” Mrs Spain said.

The OTC Station first opened on March 29, 1968, with live transmissions to Pacific Asia and the United States.

“In 1969 it received the first live footage of the moon landing from Parkes OTC Station and then transmitted this footage to the US and the rest of the world,” Mrs Spain said.

The OTC Station was dismantled in 1988 and the building and land was sold to Mrs Spain’s father, Clive Corderoy, who owned the adjoining property.

Mr and Mrs Spain established Irritek in 1995 and now, more than 20 years later, memories will come flooding back for the many men and women employed at the site during its days as a vital link to world communications.

The OTC station was part of an international telecommunications union that allowed hundreds of millions of people across the globe to view live international telecasts, including arguably the greatest moment in the earth’s history – the moon landing on July 20, 1969 by Neil Armstrong, Buzz Aldrin and Michael Collins aboard Apollo Eleven.

It was one giant leap for mankind and the Moree OTC Station played a vitally important part in relaying communications across the universe.

“We just want the Moree community to know the story of the OTC, as many people have no idea what the Irritek building was previously used for,” Mrs Spain said.

“During our time there has been an amazing number of space enthusiasts from overseas who are travelling around Australia that come out to Irritek and ask for a look around – there is still an appreciation of the important role Moree played in the moon landing,” she said

Mrs Spain was a toddler when Neil Armstrong uttered the famous line that was sent around the world via the Moree OTC Station.

“I remember watching it on black-and-white television and vaguely remember a lot of fuss about Moree OTC Station being involved,” she said.

“We lived basically next door but I have more memories as a primary school kid going on excursions and seeing giant computers that took up an entire wall.

“We have preserved one wall of computers and the old light-up map of the world showing where Moree OTC transmitted to,” she said.

“The former employees are travelling to Moree from all parts of Australia and will bring along items and memorabilia from their time here to form part of a permanent display.

“After the Easter weekend I will put all these treasures together and approach the library or Tourist Information Centre about creating a permanent display,” Mrs Spain said.

All members of the public are invited to attend the special morning tea at the historic building on Sunday, April 1 – Easter Sunday – from 10am until midday.

Mrs Spain needs to know what sort of numbers might attend so please contact Irritek on 1300 477483 or email [email protected] if you plan to go along and find out more about an important chapter of Moree’s history. 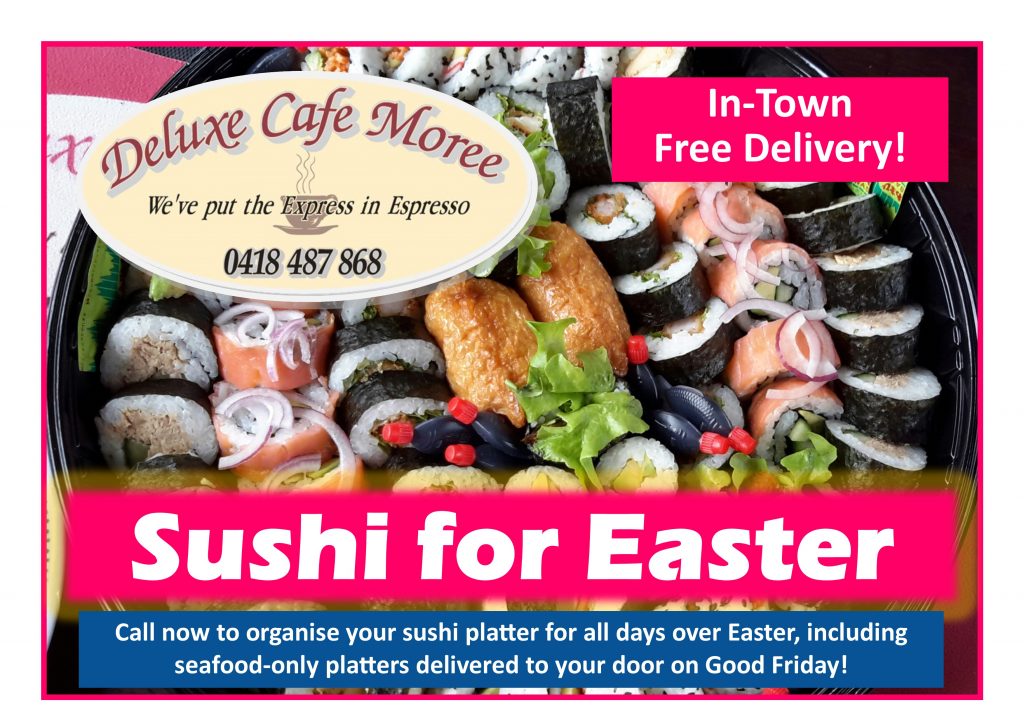 Moree farmer rallies against The Black Dog . . . and he’s winning