AS a town, Moree has long been recognised for its giving nature, especially when the chips are down and times are tough – times of drought.

And this generosity stretched all the way to Queensland recently when past and present Moree and district residents gathered to renew acquaintances, catch up with friends from the past – and recent past – at the 27th annual Moree on the Gold Coast reunion.

The reunion this year wasn’t just about catching up and recollecting Moree memories, either – much-needed funds were raised for drought relief.

Reunion co-ordinator Mike Hadfield said just over $1300 will be passed on to McGregor Gourlay Moree to assist drought-stricken farmers in the local area.

“This year the attendees were acutely aware of the dreadful drought affecting Australia, the eastern states and their hometown of Moree and district,” Mr Hadfield said. 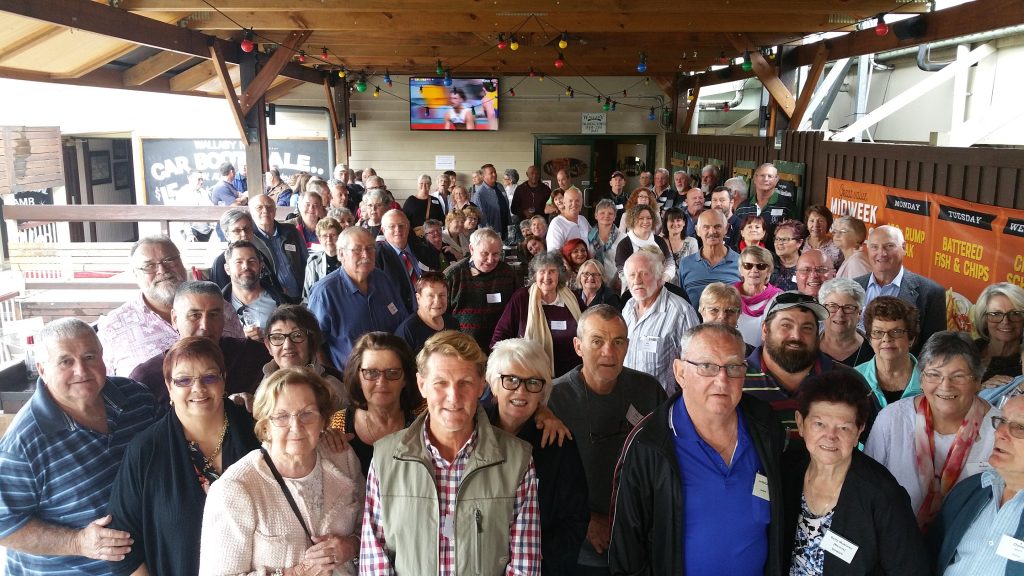 Some of the many who attended the 27th Moree and District Reunion (Gold Coast) (Image Courtesy of Kim Hadfield). 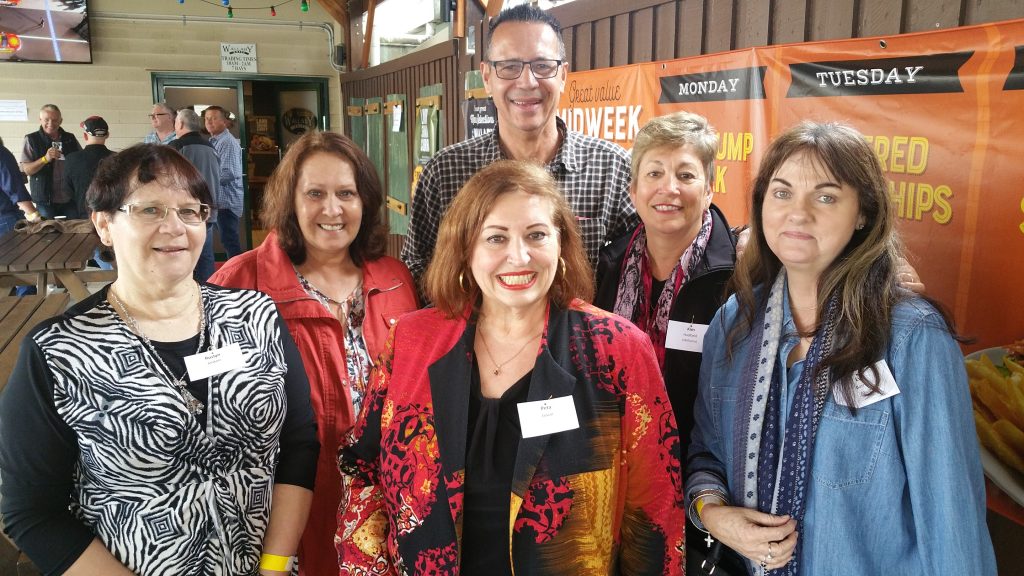 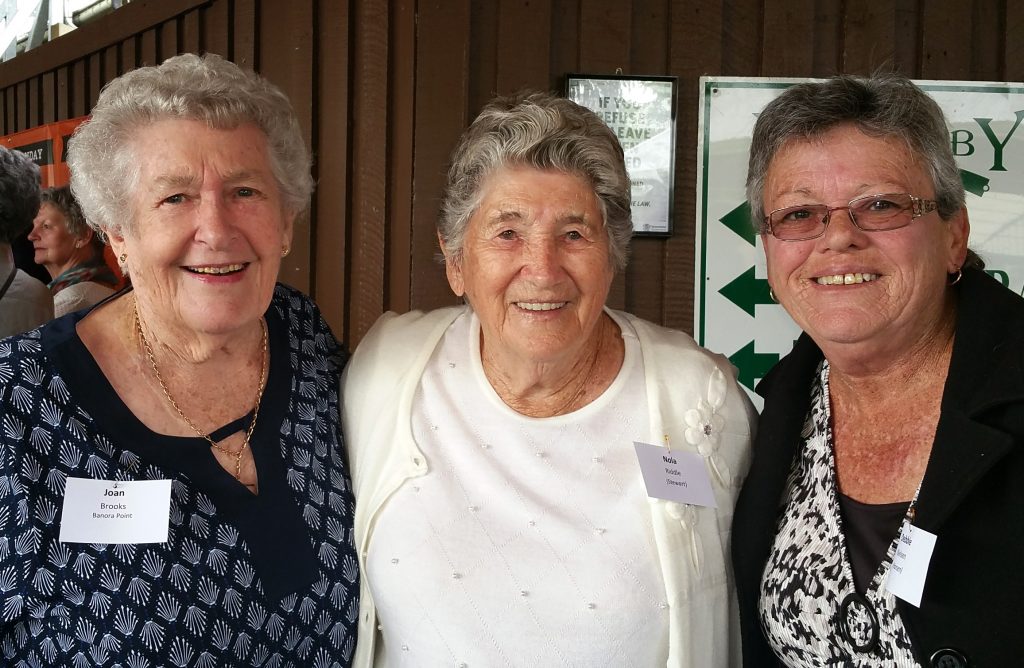 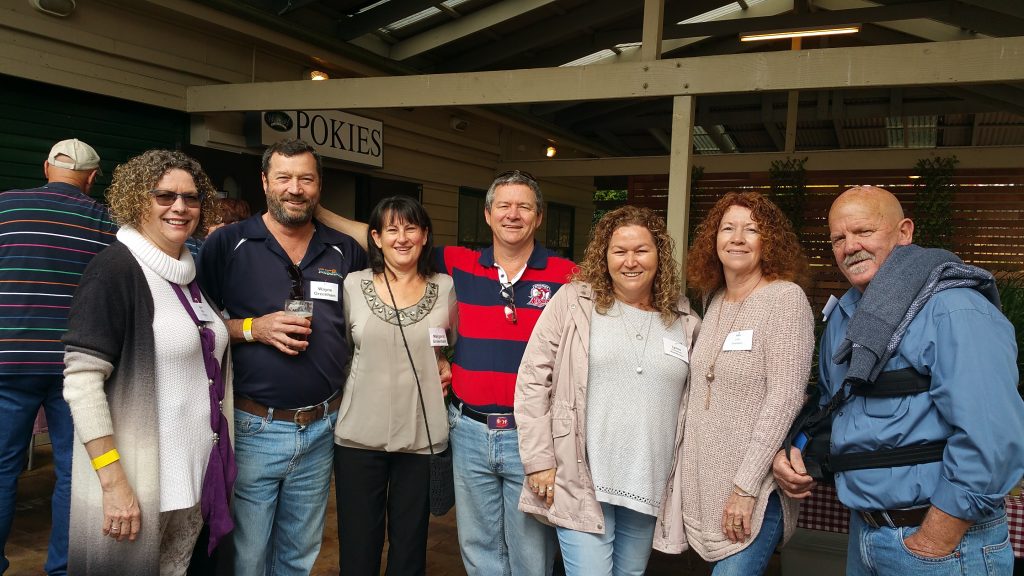 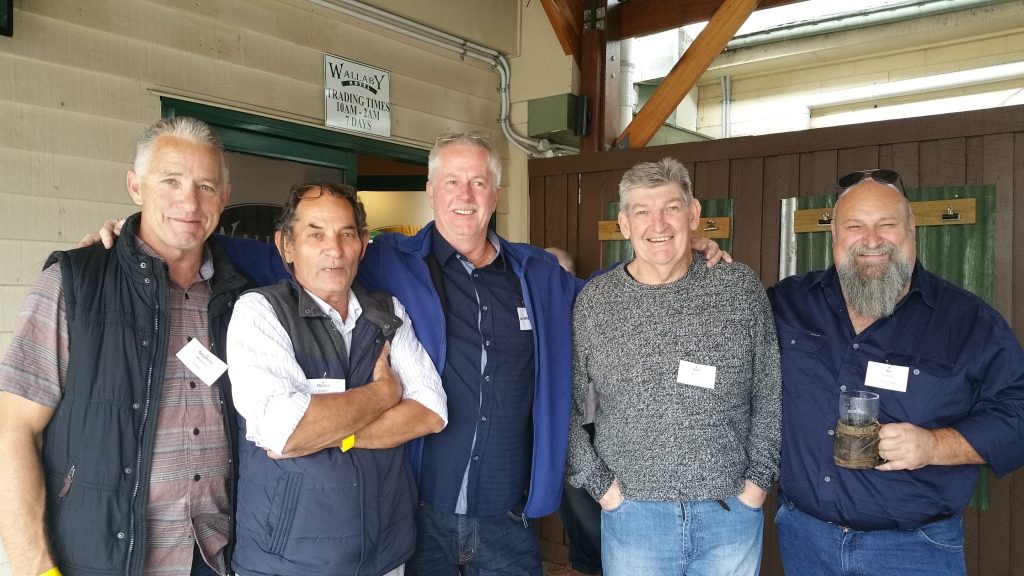 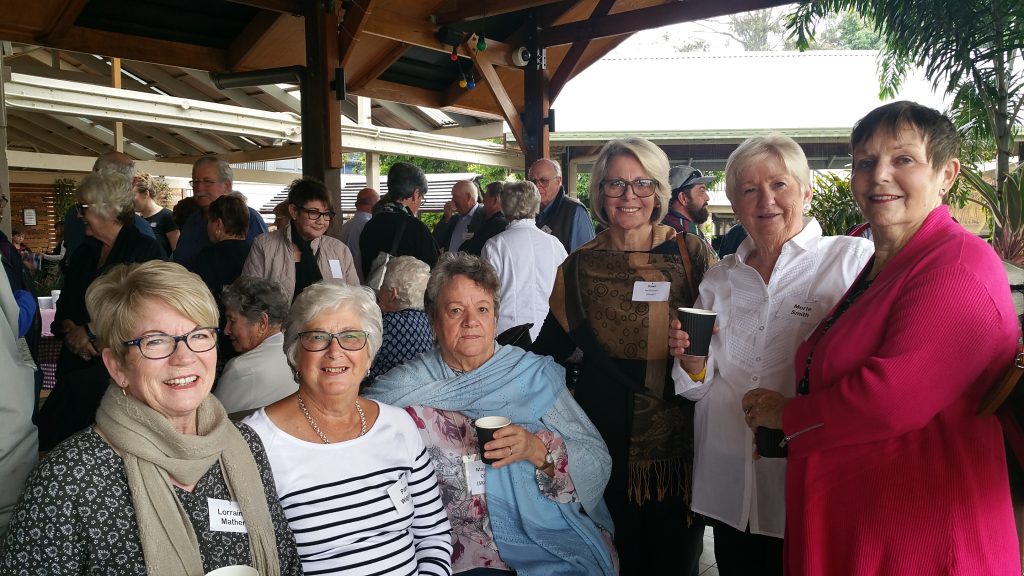 In previous years there has been a charge for attending the reunion.

“This raised $1316 which will go directly to Moree and the surrounding district through the assistance of McGregor Gourlay in Moree.

“Although most of those in attendance do not live in Moree, they still have the well-being of their hometown at heart and hope that the donated funds, along with many other donations, will help diminish the burden that so many people on the land and in the towns and villages are experiencing at this time,” Mr Hadfield said.

The August 25-26 reunion brought together a large group of people and all those in attendance had one thing in common – they were part of the history of Moree and district.

Mr Hadfield said the weekend was the perfect opportunity to enjoy the company of those that had shared time in the Big M.

“This is the everlasting bond that they all share,” he said.

“There were those who had caught up just last year and many who had not seen each other for decades.”

The reunion, now in its 27th year, first started as a small get-together for people who had moved from Moree to the Gold Coast.

It has since evolved in to a day of banter, laughter, just a few tears and plenty of reminiscing about the times and memories from living on the black-soil plains of northwest New South Wales.

“Many attendees live on the Gold Coast but just as many travel for hours to be a part of renewing and replenishing friendships from their time in Moree,” Mr Hadfield said.

The reunion, always held on the last Sunday in August, was for many years at the Mudgeeraba Showground however for the last three years it has been held at the Wallaby Hotel at Mudgeeraba.  The current organising committee, Kelvin and Lesley Macey and Mike and Kim Hadfield, have been co-ordinating the reunion for the past 11 years.

“We believe we have the best job on the day, welcoming everyone and witnessing the emotional highs of people who realise that the person they have just spotted was a good friend from all those years ago during their time in the Moree area,” Mr Hadfield said.

If past or present Moree residents would like to catch up with friends and acquaintances from their time in Moree then save the date of August 25, 2019 for the 28th Annual Moree and District Reunion on the Gold Coast.

More information about the reunions – past and future – go to Facebook page, Moree and District Reunion (Gold Coast). 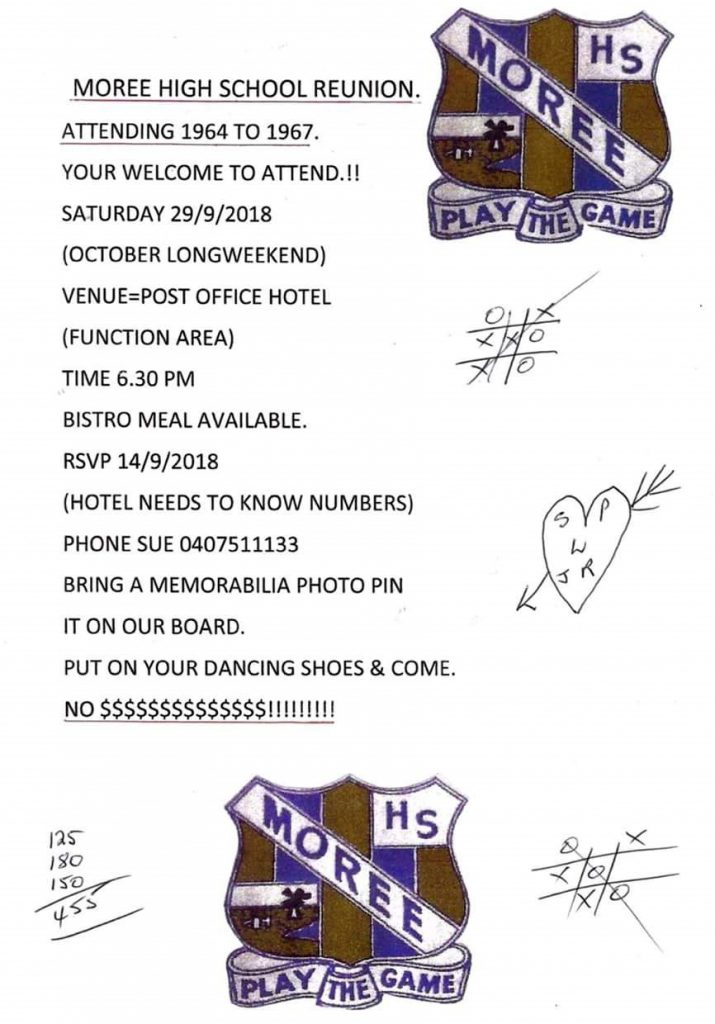