THE bond between a mother and her children is incredibly powerful – just ask Moree mum Tracy Brandon.

And the desire to watch her two young daughters grow, mature and one day walk down the aisle with the men of their dreams prompted Tracy to do something about her ever-increasing weight, before it was too late.

Tracy’s problems began about 12 years ago and she truly feared that if she didn’t do something quick-smart, she just might not be around when her two girls were ready to leave the nest.

“My weight became a real problem after I was diagnosed with multiple sclerosis,” Tracy said.

“I was unable to exercise very much and a lot of the time I just did not have a lot of energy and it made my lifestyle change dramatically.”

Back then, Tracy was a single mum working 40-plus hours a week.

She was struggling with MS, raising her two girls, Lilly and Kodie, and battling a weight problem.

“It was killing me, and I fell into the easy trap of easy cooking as well as not exercising,” Tracy said.

“The next thing I knew it was 10 years later and I had ballooned to an unhealthy 135kg.

“I had tried all sorts of fad diets and various programs with short-term success.

“To be totally honest, I was not happy with whom I had become. My blood pressure was high, I was on the verge of getting diabetes and I had fatty liver syndrome – and I just didn’t have the energy to enjoy life with my children,” she said.

Nearly 12 months ago, Tracy made a decision that would ultimately change her life – and her lifestyle. 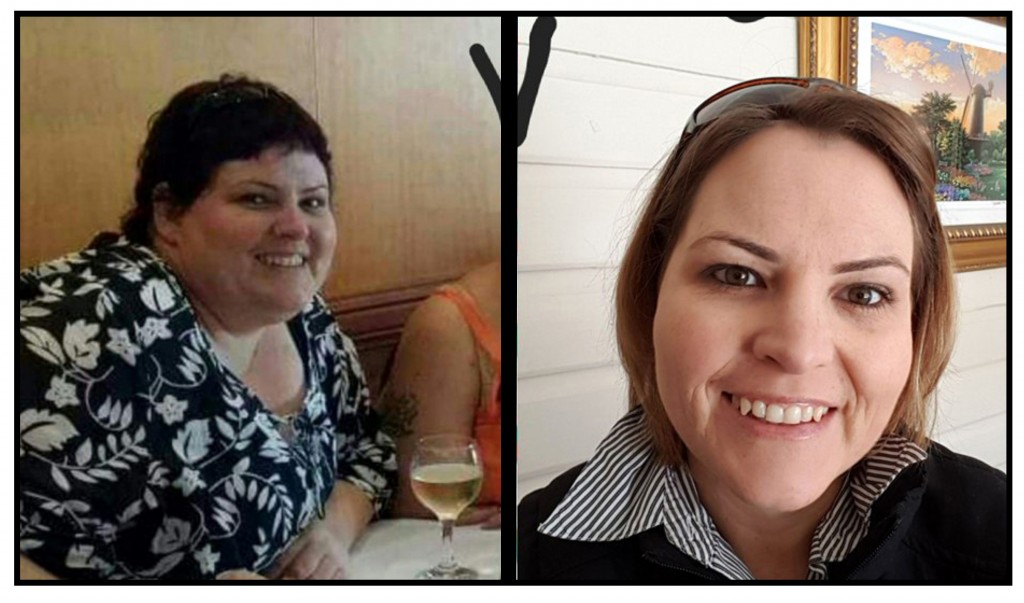 She underwent bariatric surgery – a stomach-reduction procedure that uses a gastric band to restrict the amount of food that the stomach can digest– and now she wants to establish a support group in Moree for people who have had the same surgery as well as for those that have not quite made the next step.

“Somebody very close to me made the brave decision to have bariatric surgery and, after an extremely rough start to her journey, I was reluctant to have the same thing done,” Tracy said.

“After hesitating for 12 months I decided that if didn’t do something, I wouldn’t see my girls walk down the aisle or watch them grown into adults.

“I know that there are a few people in the Moree district that have had bariatric surgery and what I discovered when I made the decision to go through with it was that there was little or no support, not locally anyway,” she said.

“A Moree support group would go a long way to helping people who are contemplating bariatric surgery, as well as for those that have already had the operation.”

Tracy underwent the procedure on October 22 last year – and it’s a date firmly fixed in her mind.

“I walked into the Gold Coast Private Hospital at 6.30am not knowing whether I would ever see my babies again . . . it was extremely scary,” she said.

There were no complications and Tracy was out of hospital the follow morning.

“My journey has been amazing,” she said.

“I will always remember the feeling on Christmas morning when I jumped on the scales and, for the first time in 12 years, weighed less than 100kg.

She is eating all the right food and enjoying life with 15-year-old Lilly and seven-year-old Kodie and partner Scott, who she married in 2009.

“This amazing journey has saved my life and to anyone out there who struggles with their weight for one reason or another I strongly recommend bariatric surgery,” Tracy said.

“It has changed the way I think about food, how it’s cooked and what foods are important in dietary programs.”

Tracy has started a Facebook page – Moree Bariatric Surgery Support – and urges interested people to join her for a meet-and-greet at 61 Balo next Thursday, July 27, at 11am.

“Living in a small country town makes it hard to have this sort of procedure done with very little – if any – support,” she said.

“There are only a few members at the moment but I’m hoping it grows and I strongly urge those interested to join us next week.”

Anyone who has had, or is thinking of having bariatric surgery, are welcome  to join Tracy’s Facebook page by sending an inbox message to “Scott Tracy Brandon” or phoning 0427 519642.

“We would love to have you part of our group,” Tracy said.