Moree mayor visits some old friends – of the thoroughbred kind

MOREE mayor Katrina Humphries and her husband Gregg took time away from their hectic schedules to visit some old friends – of the thoroughbred kind.

Mr and Mrs Humphries, who both love the racing game with a passion, dropped by Living Legends, a special retirement village for champions of the turf nestled in Woodlands Historic Park just a few furlongs from Melbourne Airport.

Living Legends is currently home to many past champions, including dual Cox Plate winner Fields of Omagh – affectionately known as Foo by his legion of fans.

Fields of Omagh won the Cox Plate – a race that defines champions – in 2003 then returned three years later to win the WFA championship again as a rising-10-year-old. 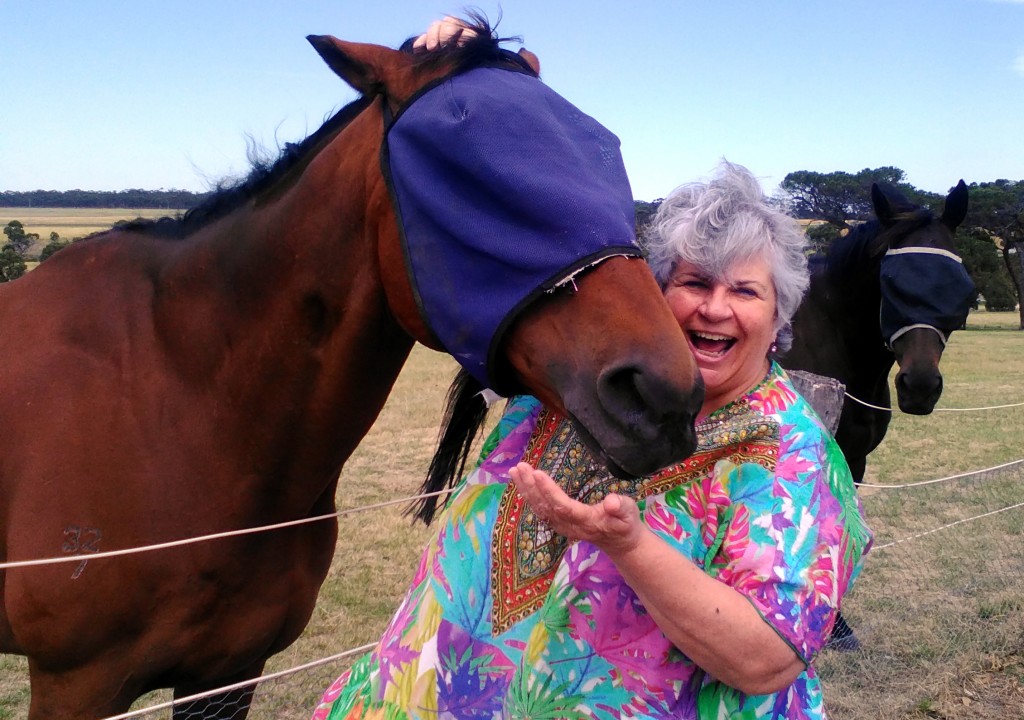 Such was Zipping’s dominance in the 2400m Group 2 event, the race is now known as the Zipping Classic.

A new arrival is Tasmanian champion The Cleaner, who loved to tear along in the lead Vo Rogue-style.

“Gregg and I had a wonderful morning at Living Legends – it is an amazing, beautiful retirement farm for some of the greatest racing champions Australia has seen,” Cr Humphries said.

“Woodlands homestead is a gracious farmhouse complex with some well-preserved old out-buildings, friendly hosts and great scones and coffee.

“It is well worth the visit before you even experience cuddling Fields of Omagh and other champs like Apache Cat, who has always been my favourite, until I met Foo – he is just an old smoocher and, I suspect, a little spoilt,” she smiled.

“The retirement paddocks are very large and we chose the guided tour around the gentle rolling green pastures. Cara, our guide, was delightful, very knowledgeable and great fun to spend an hour-and-a-half with, and she obviously helps to look after the thoroughbreds very well.

“All of these legends come to the fence to enjoy a pat and a rub and a hand full of pellets however, part of my heart was left behind with the humbling experience of being in the illustrious presence of the grand master Fields of Omagh,” Cr Humphries said.

“There is something super special about spending 15 minutes with the champ, rubbing and scratching and hand feeding him . . . it was the absolute highlight of our holiday.”

Living Legends, a charitable organisation that relies on private and corporate donations as well as ongoing sponsorships, is open to the public seven days a week, from 10am to 4pm.

“If anyone who loves racing is visiting Melbourne, I suggest they make the time and visit Living Legends – it is an amazing place that the whole world should know about,” Cr Humphries said.

More on Living Legends can be found at www.livinglegends.org.au

Quads and bikes the vehicles of choice among Moree thieves