Moree Markets launches Hike for Homeless trek across the north-west

A SMALL band of passionate Moree people embarked on a long walk on Sunday as part of the Hike for Homeless fundraising campaign.

Tireless fundraiser Frank Crump, whose vast efforts for a number of local charities over the years has gone largely unnoticed, has been a Hike for Homeless participant since its inception.

“I love doing this every year,” Frank said. 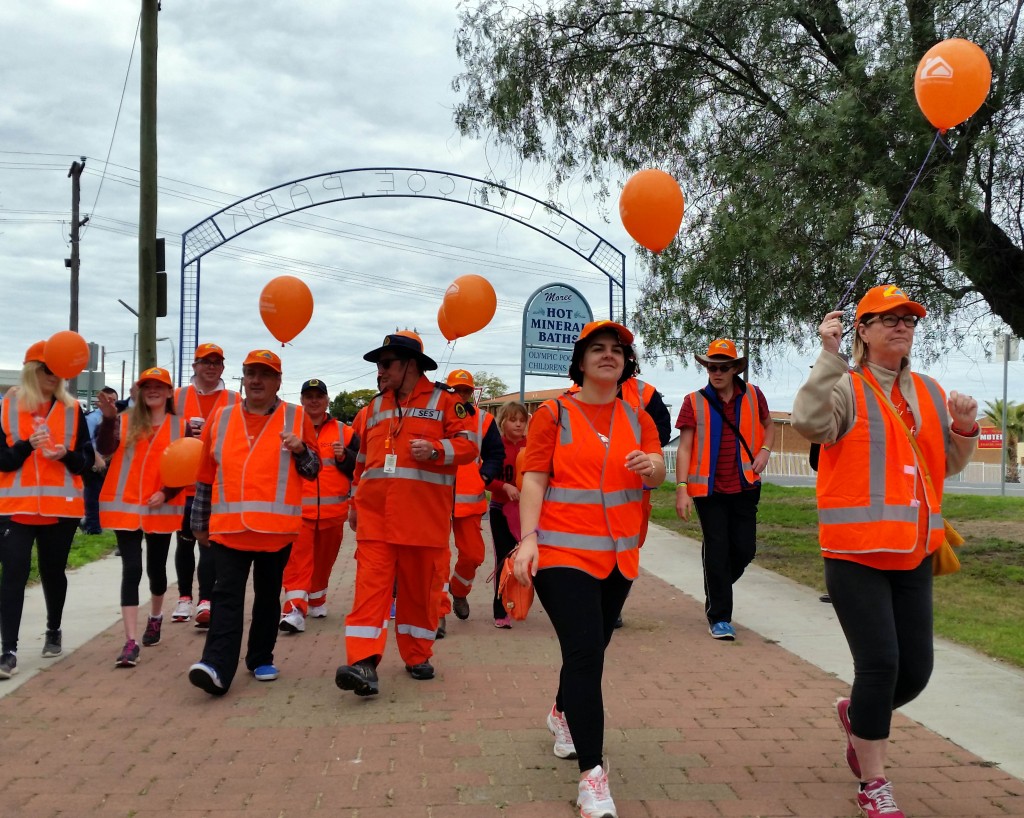 Walkers set out from Moree Markets on Sunday to help raise money for Hike for Homeless.

“In fact, I’ve got a busy couple of months ahead of me with Relay for Life coming up soon and the Movember fundraiser after that.”

Last year, Frank raised more than $4000 for the Movember cause.

“That will be hard to top this year,” he smiled.

Hike for Homeless will over the next five days take in Garah, Mungindi, Boomi, Boggabilla and Croppa Creek.

There will be community barbecues along the way to welcome – and feed – the hikers.

A welcome-back barbeque will take place at the Balo Street carpark adjacent to Harvey Norman on Friday, August 12.

Adam Marshall has also supported Hike for Homeless since its inception, and this year walked alongside fellow fundraisers as far as Garah.

“I went as far as Boomi last year but because I have to be in Armidale early on Monday, I’ll only go as far as Garah this year,” he said.

Jess Scully, who raised several thousand dollars last month by undergoing a complete head-shave at the Hike for Homeless trivia night, is another Moree resident passionate about the cause.

She says community awareness and support is vital to help combat a problem that is widespread.

“On any given night across Australia there are more than 105,000 people considered homeless,” Jess said.

“These are just the ones that we are aware of, and News South Wales has the highest rate of homelessness at nearly 41 percent of all the people affected by homelessness in Australia.”