MOREE resident Trevor Duroux is fighting for his life in a Gold Coast Hospital after being king-hit at Coolangatta in the early hours of Friday morning.

Detectives investigating the serious assault of the 40-tear-old currently have an 18-year-old Nerang man in custody assisting with their enquiries.

The man has been charged with one count of grievous bodily harm and will appear in Southport Magistrates’ Court today (Saturday, December 5).

Around 2.25am yesterday, two men – unknown to each other – left the Coolangatta Hotel on Warner Street and Marine Parade, Coolangatta. 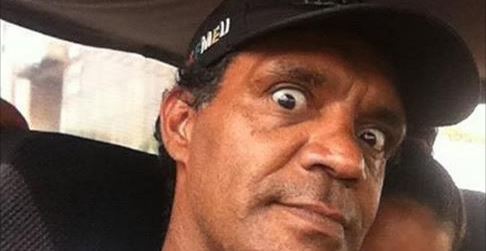 Moree man Trevor Duroux is fighting for his life after being king-hit while trying to break up a fight at Coolangatta early yesterday morning. (Photo: Facebook)

Mr Duroux was punched in the head and fell to the ground, hitting his head. Medical assistance was provided by the public before he was transported to Gold Coast University Hospital where he remains in a critical condition.

Mr Duroux, who has family residing at Tweed Heads, suffered cardiac arrest, serious head fractures and swelling to the brain. He remains in an induced coma.

A Go Fund Me page, Prayers for Trevor Duroux, has been set up to assist Mr Duroux’s family.

“This page is on behalf of Trevor and family members in order to help raise funds for any medical bills and expenses that may arise from this horrible incident,” the page states.

“Please people, stop the violence. It has only taken one hit for this loving caring man’s life to be so suddenly paused.”

People wishing to donate to Trevor’s family can do so by going to https://www.gofundme.com/trevorduroux